Sounds And Talents Of The Jersey Shore: Paul Marino 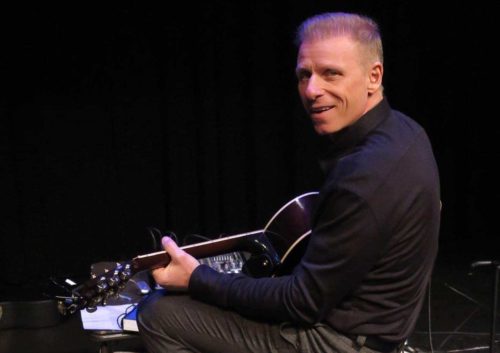 If you’ve been up on the music scene round about the Jersey Shore, you’ve most likely caught one of Paul Marino’s gigs. He’s well known in these parts as one talented, friendly kind of guy! Paul grew just up a tad north of here in Scotch Plains, New Jersey after moving from Jersey City at the ripe age of nine. He and his family enjoyed spending their summers here at the Jersey shore where he landed in his adult life. 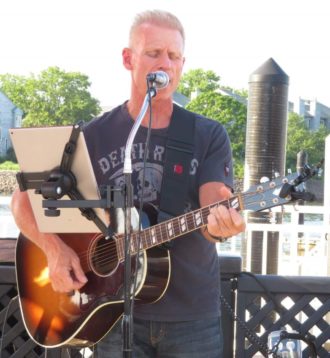 Paul says although his folks weren’t musically inclined, he and his brothers are. The trumpet became Paul’s instrument of choice at eleven years young, playing in his school band up until the age of 18. Paul moved his interests to the guitar which was basically all self- taught. He enjoys his Gibson as the guitar of choice because of its’ great acoustic sound. He adds the drums and harmonica to his list of accomplished instruments.

You may find Paul playing solo, but he’s also doing duo (recently playing with another local legend, “Big John” Perry), trio as well as the full, Paul Marino Band. He says he wasn’t actually inspired by anyone in particular, but the Beatles stand as his favorite band. Paul enjoys singer-songwriters of the ’60s and ’70s and of course, classic rock. Which is what so many of us enjoy-another reason to seek this man out for his excellent familiar cover tunes. 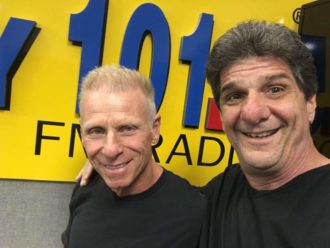 Marino, as with most musicians, enjoys the interaction with people and is AOK with taking requests. He holds the crowds’ attention with the choices which have built up quite an abundance of followers! Find and like Paul Marino on Facebook. Keep up with his roaming schedule of local appearances and make it out to his gigs for a great night with friends. After being self-employed, running his own Line Painting business for 25 years, Paul is now retired and enjoying his fulltime music endeavors! You’ll find him at various local restaurants & taverns.  Looking for quality entertainment by an honest upfront guy? Keep him in mind for your next event! Private parties & corp. events are right up his ally!