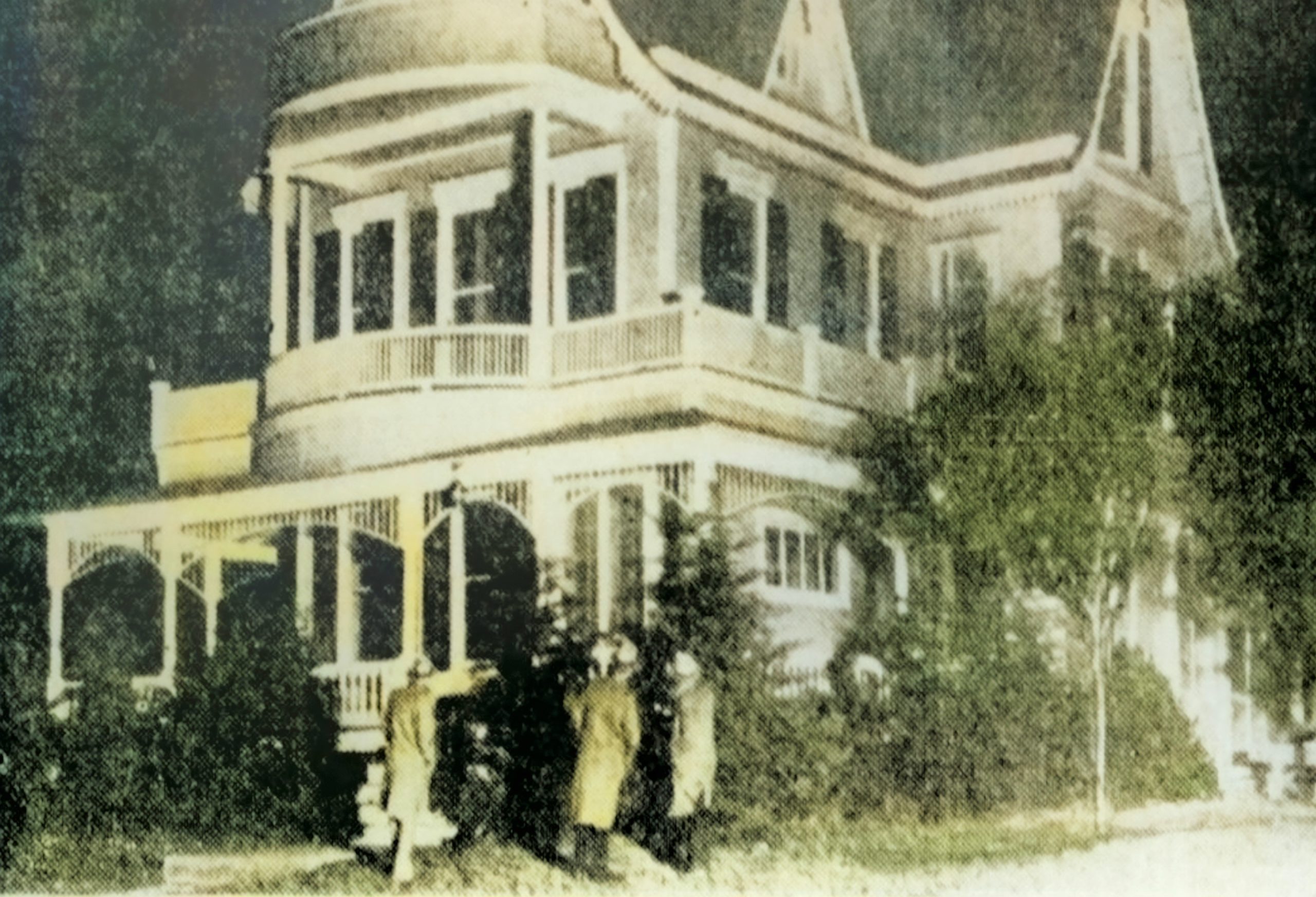 Calvin Coolidge, 30th President of the United States, died of coronary thrombosis on January 5th.  The same day, construction began on the Golden Gate Bridge in San Francisco Bay. Later in January, the 20th Amendment to the Constitution was ratified, changing Inauguration Day from March 4 to January 20.  As such, President Herbert Hoover was succeeded by Franklin D. Roosevelt, who in reference to the ‘Great Depression ‘, proclaimed in his inauguration speech, “The only thing we have to fear, is fear itself.”

It was March 24, 1933.  Prohibition had nine months to live before it would be repealed.

William Feeney bounced as the big car bumped along the road as they headed back to Atlantic Highlands from Belmar.  The two men had been running an errand for their boss.  Thirty-one-year-old Walter Gerleit was, as always, driving the boss’s car.  Feeney, the caretaker of the old Oscar Hammerstein Mansion that sat high up on the hill above Atlantic Highlands, overlooking Sandy Hook Bay, was the passenger.  William Feeney knew that the man driving that car had a shadowy occupation.  Sometimes he drove the car like a chauffeur, other times, it was clear that Gerleit was the boss’s bodyguard.  He was also one of the bootleggers that had been like a right hand to the boss before the 1929 raid.  Feeney showed Walter respect, tinged with fear.

The boss was Alexander Lillien, Jr., known as Al to those close to him.  Lillien was smart.  In fact, he and his brother, William Lillien, held the reins of the largest bootlegging operation on the East Coast, stretching from Montreal to Virginia.  It was worth millions.  Feeney heard all the stories: how Lillien came up with the idea to use high powered radios to direct the incoming rum transport boats around the coast guard patrols.  It was easy to see the patrols from the third floor of the “Mansion”.  There was even talk about tunnels all over the area used to move the booze from the beach to underground vaults. 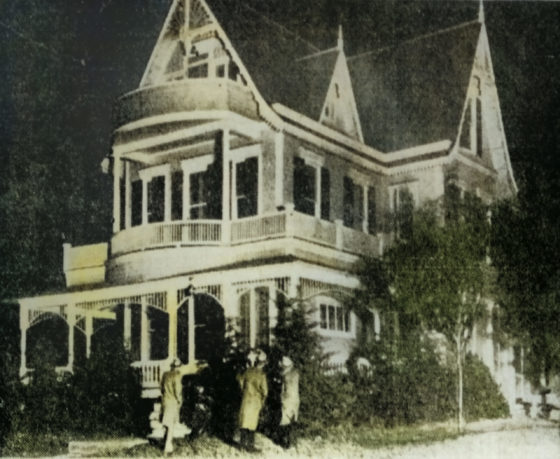 The car rolled past the open gates to the mansion.  Feeney tried to remember if they had left them open on the way out that afternoon.  In any case, he was just glad to be back at the “Mansion”, he was exhausted.  He had waited for hours for the Boss and Gerleit to arrive that afternoon from Newark.  While he waited, he made himself something to eat and then played solitaire until Lillien and Gerleit arrived.  Then the boss sent them to Belmar.  William Feeney never had a chance to clean up after his lunch or put his cards away.  They were on the road shortly after Lillien and Gerleit arrived.

They parked the car and walked quickly to the front door.  Once inside, the two men walked into the living room and there he was.  The boss, Al Lillien, 36 years old and the quintessential “Master Bootlegger”, lying face down on the floor, dead.   Next to his body was a pair of white Pallbearers gloves and a single playing card, the King of Spades. 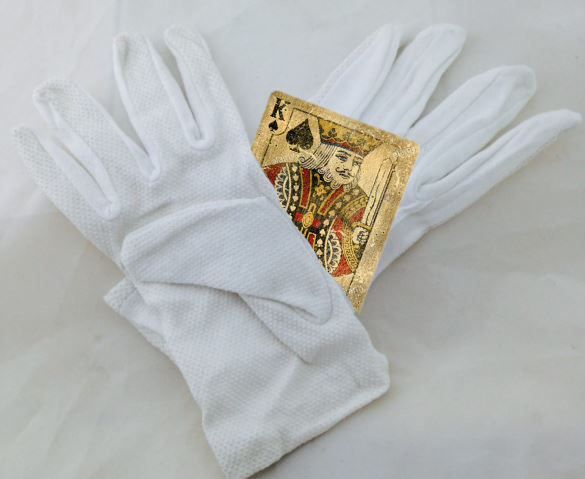 They ran to the car and blasted out of the driveway.  William Feeney and Walter Gerleit drove down First Ave. to the Atlantic Highlands Police Department to report the murder.  They were told that even though the Hammerstein Mansion had an Atlantic Highlands mailing address, it was outside the town border and within the jurisdiction of Middletown, NJ.

The Atlantic Highlands Journal of March 30, 1933 tells us what happened next:

“They then went to the Middletown police and Chief Earl Hoyer and Policeman Fix responded.  They called in Harry B. Crook, chief county detective.  The body of the murdered man was taken to a Keyport morgue, and Gerleit and Feeney were held as material witnesses.  The autopsy performed by County Physician H. W. Hartman revealed that Lillien had been shot from behind, all three bullets entering at the back of his neck. He apparently had been dead for several hours when the body was found.” 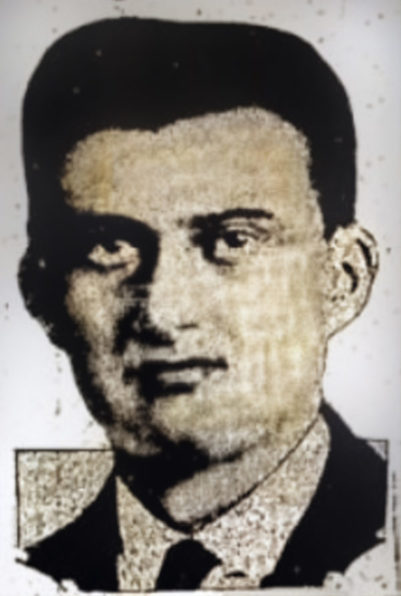 The story of Alexander Lillien, Jr.’s murder was carried by just about every newspaper across the country.  It was a big deal. What the newspapers did not mention was that while Al Lillien was shot three times in the neck, one was most distinctly a contact wound.  The caliber of the handgun used was .32.  Lillien’s body was reported to have been found in the living room, or the third-floor bedroom.  The contemporary news media claimed that he was either fleeing or was murdered execution-style.  So much for consistency.

Al Lillien was not one of the good guys.  It can be said, from the comfort of 2021, that Lillien was only guilty of running booze.  People wanted to drink, after all!  Besides, most local police forces looked the other way and did not proactively or aggressively enforce the Volstead Act while it was the law of the land. 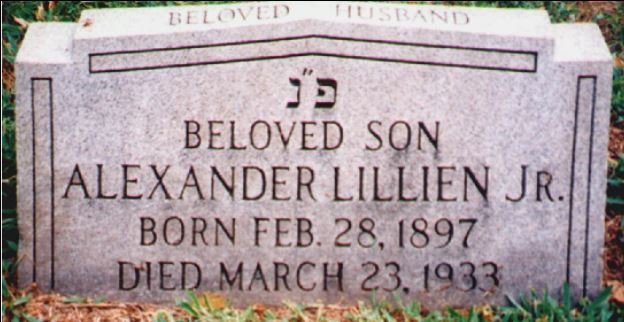 On the surface, this seems like a good argument.  But like the lyrics of that old Glenn Frey tune from the ’80s: “You’ve got to carry weapons, cuz’ you always carry cash.”  The very nature of illicit trade changes people. It makes them harder.  It is a matter of survival. Bootleggers had to defend their territories, and they did not resort to throwing pebbles at the competition.

They stole military-grade weapons like the Thompson Sub-machine gun, chambered for .45 ACP rounds, which can fire 600-725 rounds per minute.  Sidearms were usually the Colt 1911 semi-auto pistol also chambered for .45 ACP ordinance.  Police in those days had to pay for their own equipment.  On a cop’s salary, they could afford a .32 caliber revolver.

Route 36 frequently hosted shoot outs between trucks run by rival gangs.  Some of the transport boats, that brought in the booze from “Rum Row,” were armored with iron plating against attack by Coast Guard patrol boats. Bootlegging was not a victimless crime.  It was an all-out war.

While his death, and life, brought to light a scandal of internal corruption that rocked Monmouth County, the murder of Alexander Lillien, Jr. was never solved.  No one went to prison.  Over the years the story faded, like the story of bootlegger tunnels beneath the streets of Atlantic Highlands.  Al Lillien was one of the bad guys, but he was a human being.

We are in the grip of a pandemic.  Most of us have been stuck at home for nearly a year.  So, let’s solve a murder!

Over the course of the next few months, despite an 88-year time lag, we will look at Al Lillien’s murder with fresh eyes.  We will learn who he was, with whom did he associate, who were his enemies and friends and who wanted him dead.

Each of you will come along on the adventure.  If you have any knowledge of the career or murder of Alexander Lillien Jr., or his associates (including Walter Gerleit or William Feeney) please contact me at:

Next Month:  Who was Alexander Lillien, really?