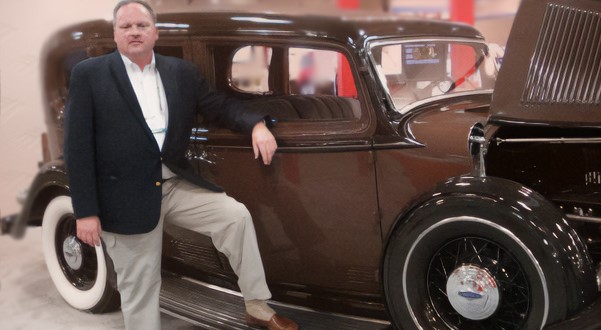 It was 1920.  Irving Wexler, also known as “Waxy Gordon”, an opium purveyor and a former, “gifted” pickpocket, was nervous.  He was waiting to meet Arnold Rothstein.   Rothstein was famous in the underworld.  “This guy fixed last year’s freakin’ World Series!” Gordon had told his partner, Max Hassel.  “So, he sure has the dough…and he’s smart.  He’s the guy we want.”  But now he was sweating.  Waxy had, he believed, a great way to get himself and his partners, Hassel and “Big Head” Maxey Greenberg, rich.  The plan was to establish a Rum Running group out of Detroit, using Canadians to procure the liquor, and local Detroit gangsters to import and distribute the booze.  Waxy Gordon believed it to be a great plan.  Foolproof, even.  All they needed was $175,000.00 from Rothstein. Sure, he’d take his usual 25%, but it would be worth it.  Just then, the door opened, and Waxy went in to meet the Mob’s “big bankroll,” Arnold Rothstein.

After listening to the plan, Rothstein dismissed Gordon.  He wanted to think about the plan before investing.  The truth was that he knew that their scheme was destined, not to make Gordon and his friends rich, but to get them pinched by the cops, or dead.  The problem was Detroit.  Rothstein did not know any mobsters in Detroit.  Johnny Torrio and his sidekick Al Capone, ran Chicago, so that was out of the question.  They would want too big of a piece.  Still, there was merit to this idea…

A few days later, on a bench in Central Park, Rothstein met with Waxy Gordon.  He would give them a loan of $175,000.00 for the usual percentage.  But the operation would be run from New York, rather than Detroit.  They would use an associate of Rothstein’s on the lam in England instead of going through Canada. Harry Mather would buy twenty thousand cases of liquor in Britain and ship it to the United States.  In the end, the plan worked exactly the way Rothstein had planned, and he did not stop there.  He knew that he could not trust the New York Mob to expand his idea.  They would just take his plan and cut him out of it, or worse. So, he recruited and trained his own gangsters.  He found young hoodlums that he could mold.

Aside from the Waxy Gordon mob, he bankrolled Lucky Charley Luciano, Meyer Lansky, Vito Genovese, and Ben Seigel.  This was exactly the type of gang he was looking for to expand beyond the Gordan gang.  All for a “small” percentage.   It was here, at this point in history that Bootlegging saw its beginning.

Meanwhile, in NJ a young tavern owner was watching the action.  When the Volstead Act became law, Joseph Reinfield continued selling liquor in his Newark tavern as if there was no Prohibition.  He had an “agreement” with the police.  However, the agents of the newly formed Bureau of Prohibition were not so easily bought.  He was fined for the illegal sale of liquor.  He decided that he needed to find a new way of doing business.   It was then that he was introduced to Al Lillien.

It was 1921, 6th Ave & 28th Street in Manhattan.   Al Lillien, a 24-year-old delivery driver for his fathers produce store in Elizabeth, NJ, had been waiting on this corner for three hours with his business partner, Sam Kandel.  They were waiting to conclude a business meeting with two New York bootleggers named Katz and Kaplan.

Lillien and his three business partners; Sam Kandel, Morris Uram, and Nelson Ivy planned to buy Bonded Whiskey Certificates from Katz and Kaplan for the sum of $10,000.00. Whiskey was still available during Prohibition with a doctor’s prescription. To supply that whiskey, six whiskey producers were given licenses by the US Government to bottle and sell medicinal liquor. It was all government-stamped and Bottled-In-Bond at 100 proof.

The night before, Morris Uram had met with Katz at a saloon in Newark.  In the saloon’s backroom, Katz had wanted to see the money before handing over the certificates.   Uram took the money out of his pocket and gave it to Katz to count.  The other man made a big production of the counting, dividing the money into two piles.  Katz said “Let’s put the money in two envelopes and store it in the safe to keep it secure.  We’ll meet tomorrow and I will give you the certificates.” Uram agreed, and after locking the two envelopes full of cash in the safe, the two men went their separate ways.

At 2:30 pm, three and a half hours past the time that the meeting with Kaplan and Katz was to occur, Lillien and Kandel gave up and went back to the tavern in Newark.  They opened the safe and pulled out the two envelopes.  When they opened them, they found newspaper cut to the size of dollar bills.  Like any victim of a robbery, Lillien and Kandel went to the police and told the tale.  The officer just laughed and showed them the thousands of listings for Katz’s and Kaplan’s in the NYC phone directory.

Lillien came to the United States with his family from Hungary in 1908, when he was 11.  He was, even at such an early age, ambitious, intelligent, and driven to make it big and live the American Dream.  Later, he dated and eventually married Elizabeth Cohen.  Her brother, a conman and racketeer, Sam Cohen, introduced Al Lillien to Joseph Reinfield.  The two men decided to go into business together.

Joe Reinfield had an idea.  Rather than buying the booze in England, like Arnold Rothstein’s crews were doing, they would work through Montreal.   Reinfield had contacts there.  The Bronfman family owned several hotels.  To remove the middleman, they became distillers of alcohol to supply their hotels and garner a bigger profit.  Reinfield would buy the liquor from the Bronfmans.

3 miles off the coast of Sandy Hook, NJ, ships, loaded with contraband “hooch” were always waiting.  The police referred to it as “Rum Row.”  Rothstein’s bootleggers would use smaller vessels to go out to the boats and bring the liquor back to shore, then transport it to holding facilities prior to distributing it to speakeasy’s restaurants and other customers.

Reinfield and Lillien thought that to be a huge risk, and a huge overhead in terms of vehicles and manpower.  Bootlegging was, of course, a business, and businesses need to maximize profits.  They would sell customers receipts, instead of product.  The customer would take the receipt out to the waiting ships and pick up their liquor and bring it to shore.  They wanted the booze. They assumed the risk.  The Reinfield/Lillien gang were the brokers.

As the profits rolled in, Lillien invested in the business.  He purchased the mansion on the hill overlooking Atlantic Highlands that once belonged to Oscar Hammerstein.  He had local contractors make significant changes so that, to the casual eye, everything seemed copacetic and above board.  Nothing was as it seemed.

Alexander Lillien, now based in Atlantic Highlands, guaranteed that the shipments picked up at Rum Row would make it to shore at Wagner’s Beach or other secluded beaches on Sandy Hook Bay and all the way to Virginia.  He set up a high-powered radio at 33 Shrewsbury Avenue in Highlands, the next town over.   An associate, Malcom McMasters, operated the radio, guiding the syndicate’s freighters from the Saint Lawrence River to Sandy Hook.  Lillien made certain that all Reinfield’s shipments came ashore.  He set up a network of police, local officials, and the Coast Guard Commander at Sandy Hook, all on the payroll.

Soon, other rum-running syndicates sought him out to protect their shipments as well.  Using Rothstein’s business model, Lillien took $2.00 per case as payment.  He made a ton of dough.   Ships on Rum Row transported thousands of cases in their holds.  The syndicate claimed 8700 customers and paid out thousands in bribes each week.  With his profits, Al Lillien began establishing breweries from New York to New Jersey and Eastern Pennsylvania.  The Gordon Mob, following his lead, began doing the same.  By the time of his death, Lillien had expanded his network from the Saint Lawrence all the way to Virginia.

And the money kept rolling in from every side…