How Honey Is Made 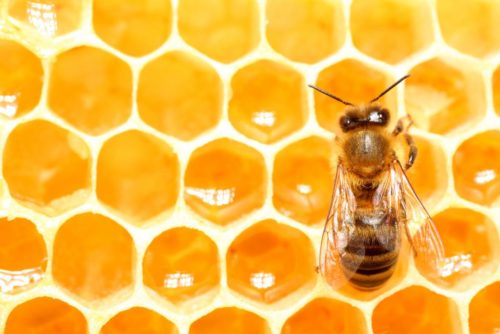 Made Naturally by Nature

Honey starts as flower nectar collected by bees, which gets broken down into simple sugars stored inside the honeycomb. The design of the honeycomb and constant fanning of the bees’ wings causes evaporation, creating sweet liquid honey. Honey’s color and flavor varies based on the nectar collected by the bees. For example, honey made from orange blossom nectar might be light in color, whereas honey from avocado or wildflowers might have a dark amber color.

On average, a hive will produce about 65 pounds of surplus honey each year2. Beekeepers harvest it by collecting the honeycomb frames and scraping off the wax cap that bees make to seal off honey in each cell. Once the caps are removed, the frames are placed in an extractor, a centrifuge that spins the frames, forcing honey out of the comb.

After the honey is extracted, it’s strained to remove any remaining wax and other particles. Some beekeepers and bottlers might heat the honey to make this process easier, but that doesn’t alter the liquid’s natural composition.

After straining, it’s time to bottle, label and bring it to you. It doesn’t matter if the container is glass or plastic, or if the honey is purchased at the grocery store or farmers’ market. If the ingredient label says “pure honey,” nothing was added from bee to hive to bottle.