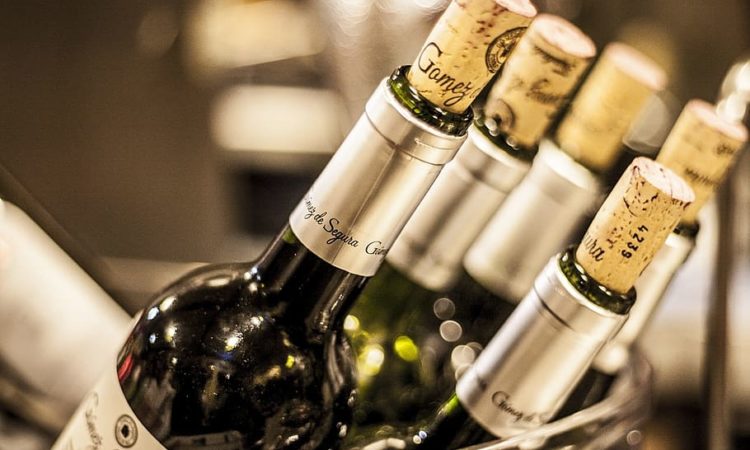 Cork is an unbeatable bottle stopper! Cork’s been doing the same job well for thousands of years. Ceramics with cork tops were tucked into Egyptian tombs, and the Greeks shoved the spongy wood in containers filled with wine and olive oil.

Cork’s resilience allows it to perform extremely well under pressure. One of the reasons the screw cap hasn’t dominated the wine stopper industry is because cork doesn’t collapse under the abuse; it can compress to half its size, without bulging out the other side or increasing its length. The reason for this is that cork’s insides look like a honeycomb filled with gas-89.7 percent gas, and this property makes it both light and buoyant.

Although the gas in the cells is compressed and loses volume, the cells that make up the honeycomb are insanely stretchy. So the cells can be squeezed tight by the skinny neck of a wine bottle yet the cells are always pushing back, which allows it to seal cabernets and champagnes.

Think about it cork is compressed by machines, jabbed by wine keys, and assaulted by liquids, and it still bounced back, to close up the gaps, and continue to keep leftover wine from spoiling.

But cork wasn’t always the preferred wine stopper, it wasn’t until Dom Pérignon developed the process for Champagne production in the 18th century that the cork stopper got its big break. At the time, French sparkling wines were plugged by plain wooden pegs wrapped with olive oil-soaked hemp. This really didn’t help the quality of the wine and there was another issue with this method: the gas in the wine kept popping the slick stoppers out. Without a proper stopper, the Champagne was losing its sparkle and its bubbly appeal. This led Pérignon to start a series of experiments to find a better way to store and protect Champagne vintages.

When he landed upon cork, it wasn’t just the bubbly producers that appreciated a more perfect fitting: the entire wine industry ended up adopting it up as the standard. Pérignon discovered cork’s wine stopping power is due to a coating made of a complex mixture of fatty acids and heavy organic alcohols called suberin inside the cork’s cell walls. The suberin, plus tannins and a scarcity of albuminoids, leave it decay-resistant and unfazed by moisture. Taken all together, these things make cork may be the best seal in existence.

In fact, the United Nations’ Food and Agricultural Organization say that pieces of cork can stay submerged in liquid for centuries without rotting.

Here’s another way cork benefits wine: if stored in a cellar for a long time, a little bit of air does a wine good. The reason is that wine contains a little bit of sulfur dioxide; “without oxygen, the sulfur disintegrates and creates a smell like a struck match. You don’t want to swirl that in your glass and sniff it. Cork adds air naturally by releasing a bit (about  3-4 milligrams) of its stored gas. Screw caps are either hermetically sealed, leaving bottles with a potential sulfur problem, or they’ve been engineered to allow a little outside air in. While that little bit of air is good for the sulfur, it’s not good for the wine if it’s sucked from a wet cardboard or musty cellar. Cork’s gas release doesn’t come from the outside, so it doesn’t smell.

This means that when it is time to pop the top, both wine and cork come out unscathed-the wine appropriately aged and the cork looking almost like it always did. Even after years of abuse, the cork doesn’t lose any integrity in its cell structure, it goes right back to its original form. The cork has always maintained form so your favorite wine can be fresh and ready for you when you want it.