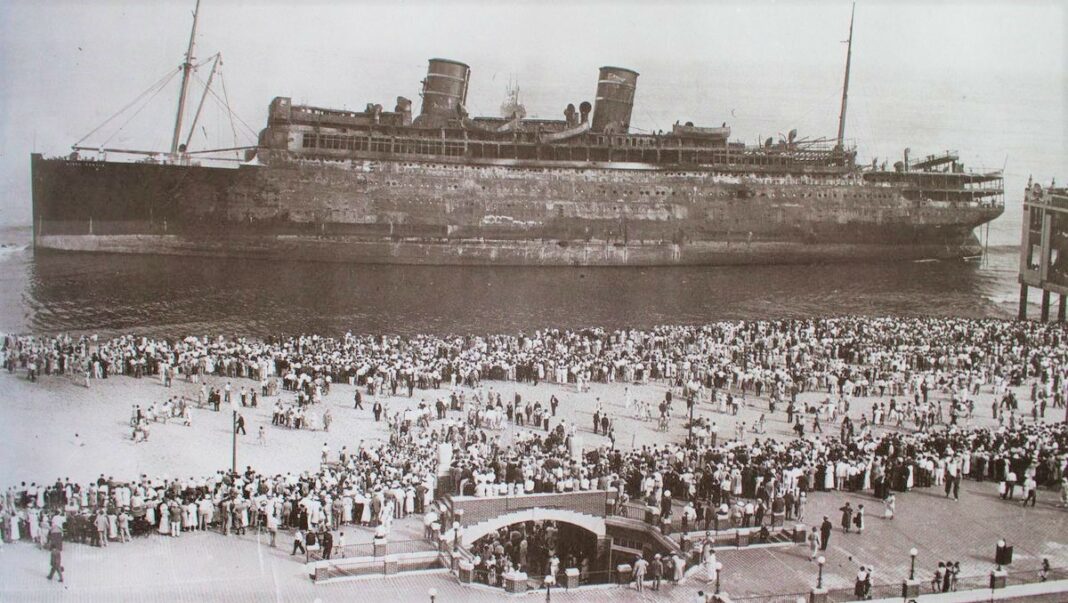 Today marks the 88th anniversary of the burning of the cruise liner Morro Castle, its last hours of night-searing inferno watched by thousands gathered along the beaches of Asbury Park and other beaches along the New Jersey waterfront. The fire claimed the lives of at least 134 persons, put at least two men in prison, and imposed heavy fines on a third.

It gave life to Asbury Park as vendors photographers and spectators rushed to watch the four-year-old cruise liner go up in flames offshore while crew and passengers jumped from the blazing ship and tried to swim to the safety of boats that gathered to help. 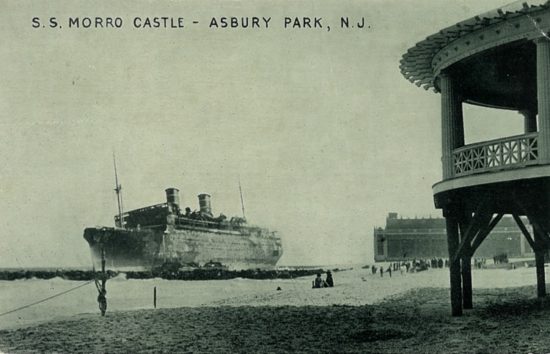 The inferno was detected at 2:45 a.m. on Sept. 8, as the Morro Castle was off the Jersey coast and passengers had a quiet last night aboard the ship……the captain had been found dead seven hours earlier in his bed thus canceling the traditional last night of elaborate dinner and dancing. 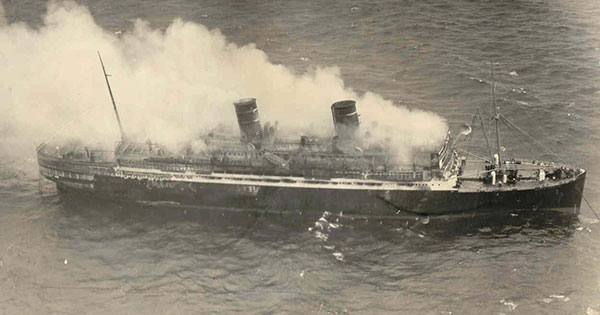 The ship’s acting Captain brought the ship closer to shore, but ten minutes later the ship lost all electrical power, and 11 minutes after that, the Morro Castle’s main engines were shut down and the ship was anchored about two and a half miles east of Sea Girt.

The crew of the burning ship only sent one SOS signal, one never received by the Coast Guard. At the time, SOS messages sent via radio and in this case on auxiliary battery power are only received by commercial marine radio stations and then delivered to the Coast Guard.

Many of the surviving passengers testified in court hearings looking into the incident the following year that crew members did not help, they abandoned ship ahead of passengers, only 8 of the available dozen lifeboats were ever launched, and of the 85 people who managed to escape via lifeboat, most were crew members. 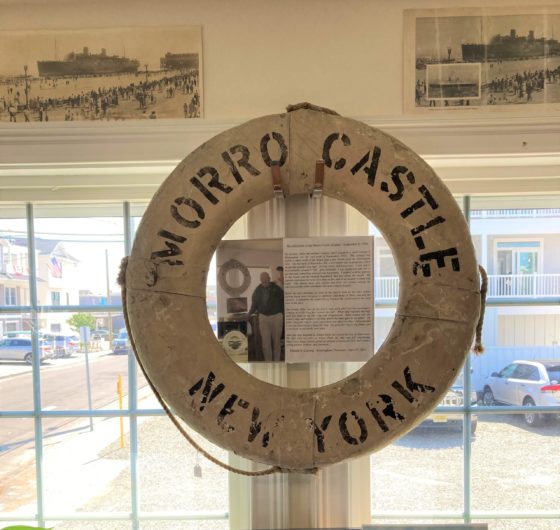 The SS Andrea Luckenbach was the first ship to help in rescue efforts and the first report from land that brought other ships and fishing boats to help came from Surfman Stephen Wilson at the Station Shark River lookout. Stations Quan Beach lookout Surfman Charles Austin was the second landsman to report the fire and in New York, the crew of the Coast Guard Cutter Tampa had to be called in so the boat could head to the scene from its Pier 18 dock in Staten Island. 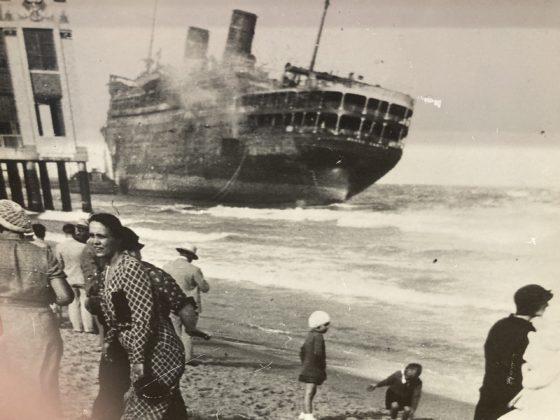 Throughout the morning hours, the SS Monarch of Bermuda,  the SS City of Savannah,  the Coast Guard Cutters Tampa and Cahoone arrived as did other boats. But it was the local fishing boat the Paramount that was the primary and real hero of the Morro Castle fire. The Bogan family, whose descendants are still the watermen and respected families of the shore today, with Capt. John Bogan, Jr. at the helm, and plenty of other Bogans aboard, including John Bogan, Sr. rescued 67  survivors, running their boat among floating bodies to find the living, throw them a line and pull them onto the boat.

Governor Harry Moore’s army plane crew assisted the Bogans in this effort. With visibility poor amid the waves, Moore’s pilot would dip the plane’s wings when he spotted a survivor, guiding the Bogans to another rescue. The boat also pulled in 72 lifepreservers with their 67 rescues. In his official report to the Coast Guard, Capt. Bogan said, “We did not hit one person and did not miss one that we saw alive.” 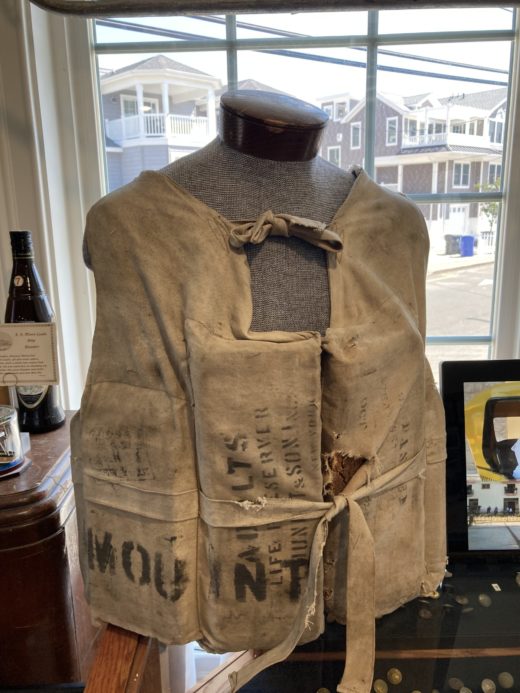 Station Coast Guard Sandy Hook searched for bodies and survivors until they were ordered to return to the station at about noon on Sept 9. 1934. 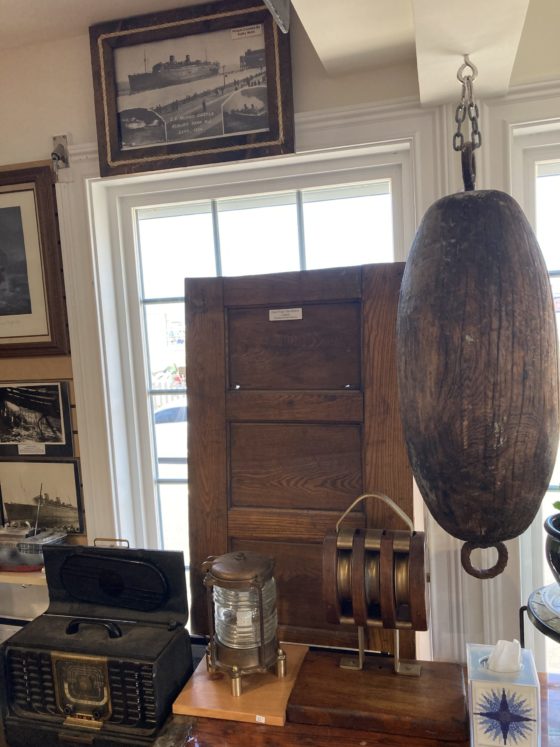 Over the next three days, bodies continued to wash up on Jersey beaches from Bay Head to Long Branch. And the trials, FBI investigations and lawsuits and settlements continued for years after. 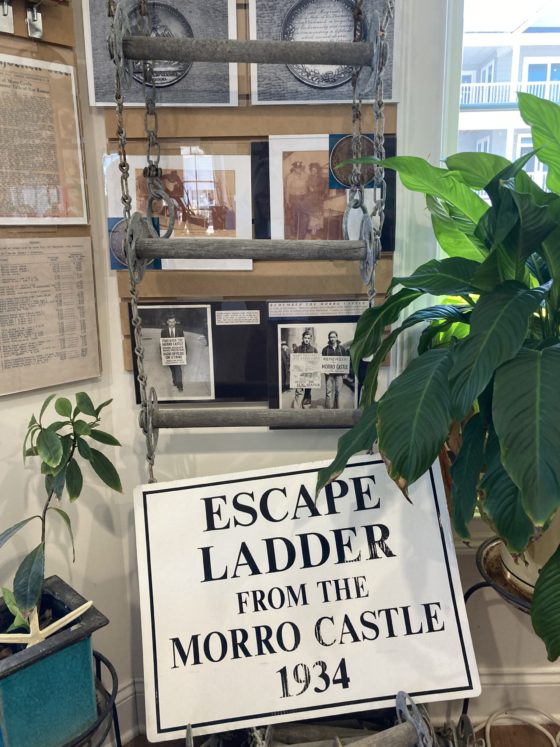 The mystery of how the fire started, what was the cause of the Captain’s death earlier, and so much more still remains unknown and the topic of speculation and mystery.

The New Jersey Maritime Museum on Dock St., Beach Haven, has thousands of photographs, records, memorabilia and equipment from the Morro Castle, together with testimony and artifacts donated to the museum by family members of those who both lived after or perished in the fire in what is probably the most comprehensive display and information on the worst maritime disaster of the 1930s. For more information, visit their website at www.NJMM.org.

Admission is free, and donations are accepted.

The 1st Labor Day Holiday Was Celebrated on Sept.5,1882