The Jersey Devil – The 13th Child 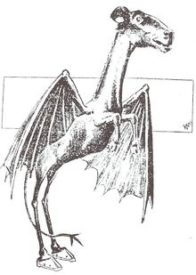 Ah, the Jersey Devil….those who dare say it’s simply a legend, folklore, a made up story. But there are so many more who can spin fascinating tales about Mother Leeds’ 13th child!
Mother Leeds lived in the Pine Barrens of New Jersey in the mid-1700s and had a dozen children. When she discovered her 13th pregnancy, she screamed, cried, and prophesied the child would be the Devil himself. It was a stormy night when Mother Leeds went into labor, and it is said the child was born looking normal. But the infant suddenly changed into a creature, alternatively described as one with a goat’s head, bat wings, a forked tail, clawed hands and hooves. The creature reportedly killed the midwife, then flew up the chimney amid blood curdling screams to live his life in the Pine Barrens and killing local children who wandered into what is now the Leeds Point portion of Atlantic County.
Some say Mother Leeds was really a woman named Deborah, married to Japhet Leeds, who, in a will written in 1736, left his estate to his 12 children and lived at Leeds Point. 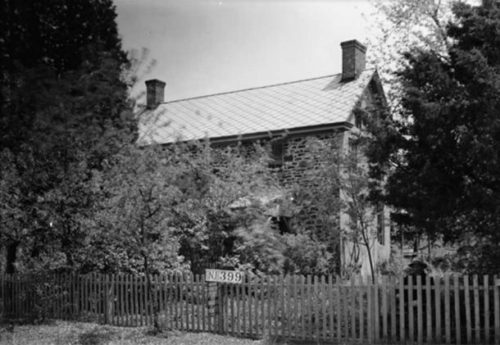 It was Benjamin Franklin himself who first called the Jersey Devil a monster. His rival in the almanac publishing business was none other than Daniel Leeds, a man with had three wives and nine children in his lifetime. As a businessman with strong ties and allegiance to the British crown, Leeds and anything to do with him were indeed ‘monsters to the American patriot Dr. Franklin.
Truth or fiction, many have sworn to the credibility of the Jersey Devil. He was spotted over the Hanover Mill Works as a flying creature flapping its wings that even a cannonball fired directly at him couldn’t stop. Napoleon’s brother, Joseph, attested to the fact he was hunting on his Bordentown estate when he saw the Devil. Farmers complained the devil was responsible for killing livestock; one farmer said an unknown animal with red eyes tried to steal his chickens. City residents in Haddon Heights swore a creature attacked a trolley car; police responded and shot at the creature, but had no effect. Footprints in the snow have been attributed to the Devil, and schools closed and factories shut down rather than risk an encounter with the wild creature that could not be controlled.
As late as the 1960s, stories were so rampant that merchants in Camden offered a $10,000 reward and offered to build a private zoo to house the Jersey Devil, should he be found and captured. 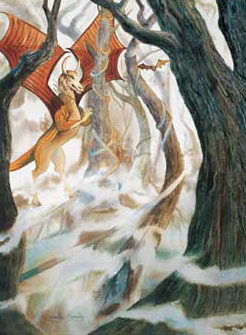 Could the Jersey Devil be real? An undiscovered creature? There are those who believe that as well. Could it be possible that a yet unknown species could live and thrive in the Pine Barrens, an area isolated, uninviting, and spacious? If it does exist, into which classification does it fall… a mammal like a huge bat? An avian like the Blue Heron? …a mammal like the kangaroo it has been reported to resemble? Perhaps even a dinosaur? Or could it be a creature unlike anything else…part-mammalian, part avian and part reptilian?
Are there any who dare venture into the inhospitable depths of the Pine Barrens to get the truth? And if they do, will they return to share the news with the rest of the world?
Are there any so bold they would take the risk for the sake of truth? Or shall the three century old Jersey Devil continue to remain New Jersey’s own mystery?