The Curse of the Half Moon 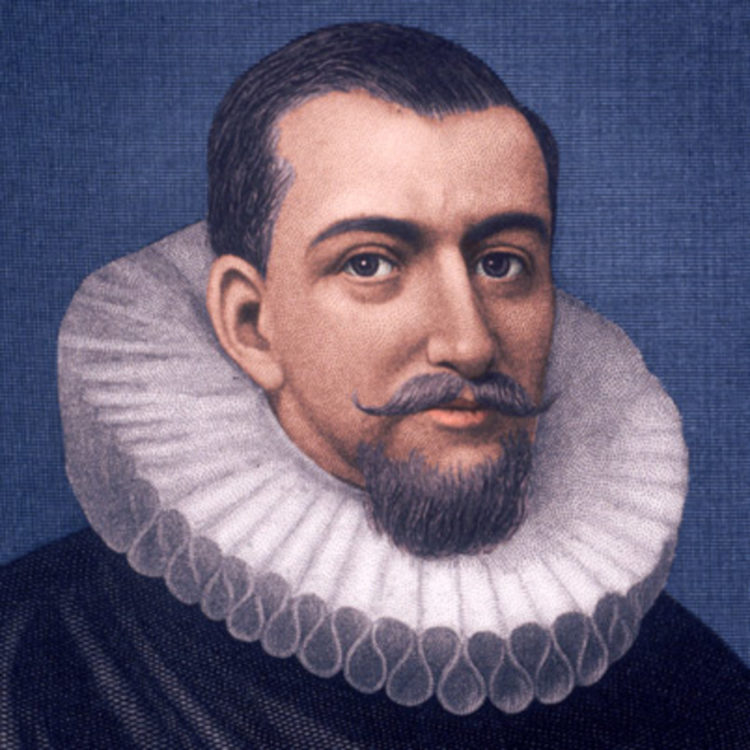 Authors note:  It was a fall day in 2019 when I visited Henry Hudson Springs in Atlantic Highlands.  I had not visited in decades and was happy to see it well kept.  I was struck by the peacefulness of the surroundings, the quiet only disturbed by bird songs.   The site has a particular wild beauty about it, flowers, rhododendrons, and a downward trail to Sandy Hook Bay.  Legend has it that the explorer, Henry Hudson, came ashore searching for water and used this spring to resupply the Half Moon.  I could not know at the time that the visit would spur a research project that would lead to more questions than answers and a strange tale of which we never learned in history class. 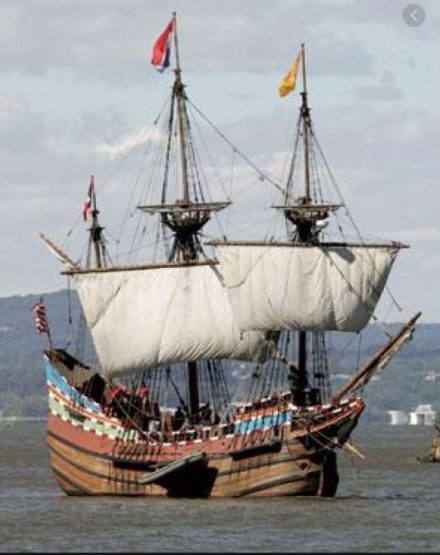 The Half Moon left its berth at the Dutch East India Company’s docks in Amsterdam in April of 1609. Her quest was to find a northwest passage to China and the East Indies.  In command was a confident and experienced Englishman named Henry Hudson.

By September of that year, the ship had explored the eastern coast of North America from what would become North Carolina to New Jersey. However, she was in need of supplies and, more importantly, water. 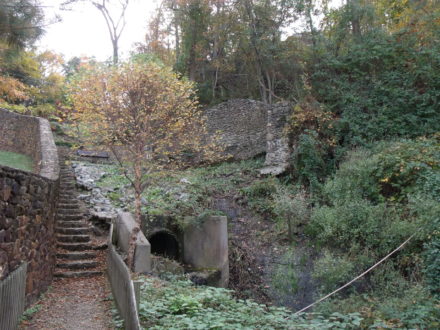 Half Moon came to anchor off the future location of the old steamboat Pier near the site of today’s restaurant: “Sissy’s Place”, in the Atlantic Highlands Harbor.  Hudson and his 20-man crew were amazed at the abundance of fish and game in the area. On September 4, local indigenous people, dressed in loose-fitting deerskin garments, came to the ship in canoes bringing gifts of Maize and Tobacco.

Somewhere around this time, Captain Hudson, along with crew members went ashore to search for water, while another party went hunting. After wandering the hills of Atlantic Highlands, they came upon a natural spring that the local people claimed had medicinal or healing powers.  Later they began filling barrels to outfit the Half Moon. 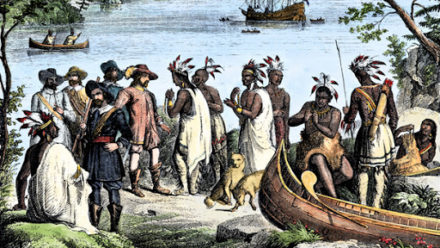 This is what we all learned in grammar school. In those textbooks, Henry Hudson sails off, discovers Manhattan island, sails up a river that is, later, named for him and then sails home. School books leave out the dark and mysterious aspects of the story. 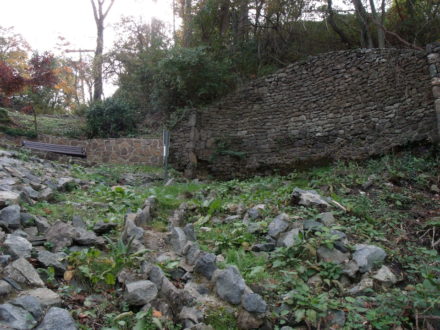 While wandering in search of water, it is said that Hudson, and his men, trekked through the burial ground of the local indigenous people. Their mere presence was considered a desecration. The local legend, amongst residents of the area, says that was when the curse began. On September 6, 1609, crewman John Coleman and several others entered a longboat to explore the rivers.  After hours they ventured into a narrow river (possibly Claypit Creek) where they encountered meadows adorned with wildflowers.  With night fast approaching, they hauled for the ship but lost their way when their lamps would not light.

Suddenly, out of the darkness came two gigantic war canoes paralleling the longboat.  Men in deerskin began firing volleys of arrows at the hapless crew members. John Coleman was struck with an arrow in the throat, and two others were wounded. The crew hauled on the oars but could not find the Half Moon for what seemed like an eternity in the pitch-black night. 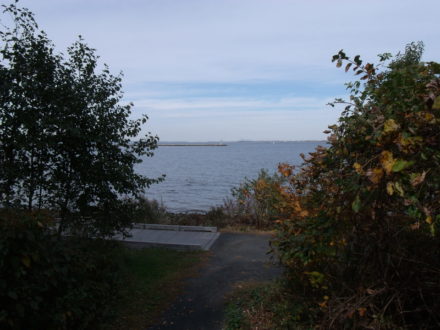 The next morning aboard the Half Moon, Coleman died and was taken ashore and buried at what is now known as Point Comfort, originally named Coleman’s Point in honor of John Coleman. (The History of Monmouth County, Volume 1 lists the location of Coleman’s Point as being at the foot of Carr Avenue, Keansburg, NJ.) On September 8, 1609, the Indians again came to the ship bearing gifts. They did not indicate any hostility.  However, the following day, the two gigantic canoes returned and attacked the Half Moon. This time, Hudson hauled the anchor and sailed off to follow what would become the Hudson River.

After exploring the Hudson River, the Half Moon crossed the Atlantic on the voyage home to Amsterdam. She stopped in England where she was seized by the British authorities. They were furious that Hudson was working for another country. In 1618, Half Moon was destroyed during an English attack on Jakarta.

Henry Hudson went on to work for the English India Company, again searching for a Northwest Passage as the captain of the Discovery. Sailing into what is now Hudson Bay (Canada), they quickly became icebound as winter settled in.  Food and supplies were short and so were tempers. In 1611, when the ice released its grip, the Discovery sailed off without Hudson, his teenage son, and several crew members. They were left in a longboat on frigid waters, never to be heard of again. Was it just rotten luck from the start? Or, was it the curse that plagued Hudson and the Half Moon? 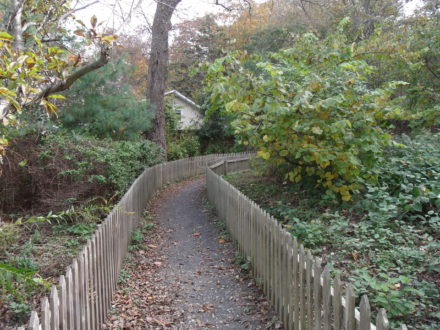 Henry Hudson Springs is located at Atlantic Highlands, New Jersey, in Monmouth County. It is on Bayside Drive near Prospect Road. 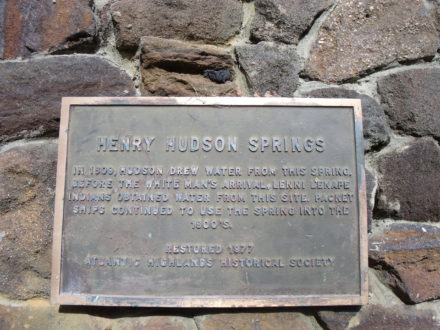