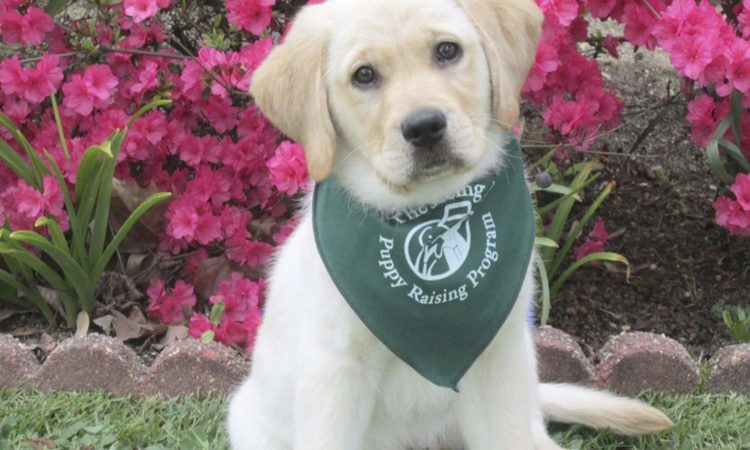 All Seeing Eye dogs are born and trained in New Jersey before they are placed with people who are blind across the United States and Canada. The Seeing Eye is a pioneer of the guide dog industry, paving the way for the acceptance of assistance animals in society and around the globe.

“As The Seeing Eye wraps up its 90th anniversary year, we are so honored that the great state of New Jersey has recognized the important role that Seeing Eye® dogs have in the lives of the people who raise, train and own them,” said Seeing Eye President & CEO Glenn Hoagland. “When our non-profit was founded, few people believed dogs could contribute to the health and wellness of humankind in the myriad of ways they do today. The work of our founders paved the way for acceptance of assistance animals in society, eventually leading to their incorporation into the Americans with Disabilities Act.”

The bill was introduced by Senator Anthony R. Bucco; after his death, it was shepherded by his son, Senator Anthony M. Bucco, and passed the New Jersey Senate and Assembly with unanimous bipartisan support.

“My father and I shared a passion for the work of The Seeing Eye organization and its mission to increase the independence of those who are blind and visually impaired,” said Senator Anthony M. Bucco. “This was one of the last bills that we worked on together prior to his passing. I couldn’t think of a more fitting tribute to my father than the signing of this legislation which encapsulates his deeply held belief that everyone deserves the opportunity to live with dignity and respect.”

Established in 1929, The Seeing Eye provides specially bred and trained dogs to guide people who are blind. Seeing Eye dog users experience greatly enhanced mobility and independence, allowing them to retain their active lifestyles despite blindness. The Seeing Eye is a 501(c)3 non-profit supported by contributions from individuals, corporations and foundations, bequests, and other planned gifts.

The Seeing Eye name is only used to describe dogs trained at the school’s facilities in Morristown, N.J. For more information: www.SeeingEye.org, (973) 539-4425, info@seeingeye.org.