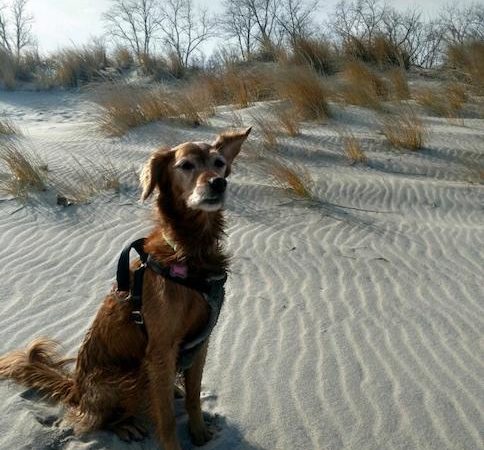 New Jersey Has Gone To The Dogs – Topping The Dog Entries at 47 Teams competing from New Jersey at the 7th Annual Masters Agility Trial at the 144th Annual Westminster Dog Show.

Dog Agility is a sport in which a handler guides a dog around an obstacle. The handler cannot touch the dog or the obstacles. The aim is to complete the course as quickly and accurately as possible. The roots of the sport go back to   1970 England, where it was created, to be held as a demonstration sport. The first time dog agility was shown to an audience was at the Crufts Dog Show in 1978. 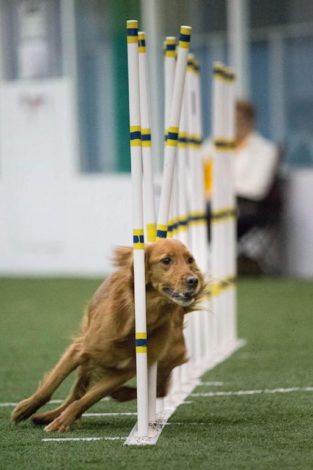 Dogs are measured for the height class for which they compete starting at 8, 12, 16, 20, and 24 inches. Three of the Top Dogs, at 20-inches, are featured here. What would any major dog event be without a Golden Retriever with (25) entries, a Labrador Retriever with (10), and a Portuguese Water Dog – The Only One! Pooch Perfection. These breeds Love Water and a Day at The Beach – as much as they Love Agility. 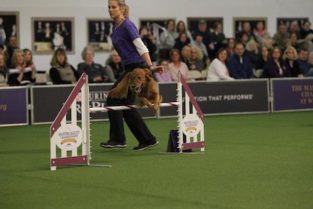 Lori Ayers got her start in agility in 1999 when she saw an ad on Animal Planet for Camp Gone To The Dogs that offered training on all levels for dog sports. Fast forward 20 years and Lori and her 8-year old Golden Retriever, Carly are competing for their third year at the Masters level with a 4th place finals win in 2018. Wherever there is one Golden? Lori has Taylor at 13 years old, and her new puppy, Shelby, at a year old, who just may be an up-and-coming agility star. “Agility is all about fun, relationship, and teamwork with your dog – what could be better,” says Ayers.

In between trials, Lindsey Hill, takes her agility dog, Riot, a Chocolate Labrador Retriever to an acupuncturist and herself to a chiropractor – to stay in shape and stay well. 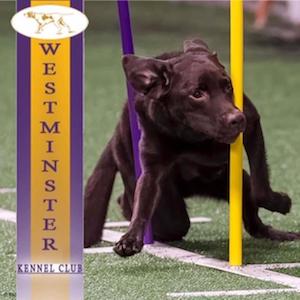 “Agility is a puzzle to be solved with you and your dog, which keeps the journey interesting – and fun,” Hill insists. After Hill walks the course, without her dog, she mentally sees herself planning and tackling exactly what they will do, once they both enter the ring. 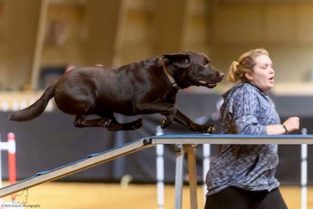 “Riot loves the anticipation at the start line, the crowd, the joy of the run,” says Hill. Riot is also involved in obedience, hunting, and dock diving. This will be their second year competing at the Masters Agility Trial. 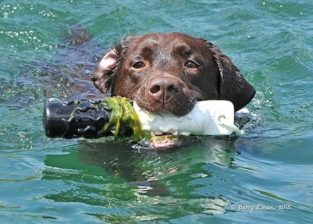 It’s a full house of Portuguese Water Dogs at Barbara Kerensky’s home at the Jersey shore. Jackson is the oldest at eleven and a half, then Baco, the middle fur child at seven and a half, who will be competing for the 4th time at The AKC Agility Masters Trial, and the new baby – Jersey! 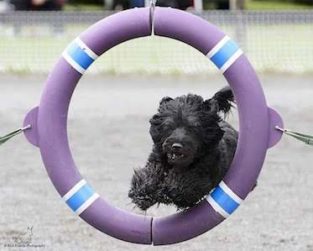 Barbara started training in agility eleven years ago. “Portuguese Water Dogs love to work, have high energy, and are very quick learners, and – can be very silly,” says Kerensky. Every agility dog has its assets and limitations, but she feels it’s a sport for any breed, regardless of size, and depends on the handler’s aspirations. 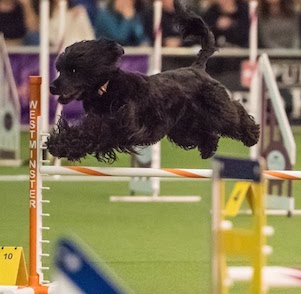 “It has to be fun,” Kerensky notes, “I trial like I train and the best part – it opens you up to new friends. I’m addicted.” Before she and Baco enter the agility ring, her advice? Stick with a plan and Trust Yourself. 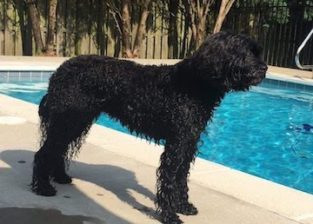 New Jersey also Tops The List for the number of entries in the Obedience Trail on Sunday, February 9th at (6) teams with only 22 dogs entered – also at Pier 94.

Schedule for The Westminster Dog Show is as follows:

For more information about the Masters Agility Championship and Agility in general, click here.
*  Pier 94 (711 12th Ave. at 55th St. & West Side Highway)

For more information about the Masters Obedience Championship and Obedience in general, click here.
* Pier 94 (711 12th Ave. at 55th St. & West Side Highway

Things To Do During Westminster Week:

Museum Of The Dog –  Dog Days of Winter Art Show is on from January 24th through February 13th at 101 Park Avenue, New York, NY. The author of this article has two art pieces in the show.

Dog Writers Association of America’s Annual Event and Awards Banquet held on Sunday, Feb 9 at the Holiday Inn Secaucus Meadowlands 5 pm to 10 pm. Open event. The author of this article has an article nominated for an award from the AKC Family Dog, entitled: How Little Therapy Dogs Help Veterans, Children With Special Needs