It was October 3, 1899.   The 10th America’s Cup Race was about to begin off Sandy Hook NJ.  Unlike previous events, this one would be different. In fact, this America’s Cup Race would change everything.   The challenge would consist of a series of five races. The defender was the racing yacht Columbia, owned by J. Pierpont Morgan and Edwin Dennison Morgan of the New York Yacht Club.  The challenger was Shamrock, owned by Sir Thomas Lipton (Lipton Tea) of the Royal Ulster Yacht Club. 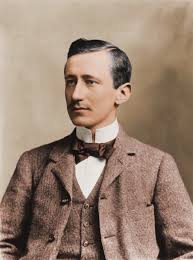 But, the true star of the race that October in 1899 was a young Italian inventor, Guglielmo Marconi.  Several weeks earlier, Marconi was hired by James Gordon Bennett, the publisher of the New York Herald.  Bennett knew that his circulation would increase due to the race. But what if he could beat his competition to the punch?  He decided to hire Marconi to attempt to broadcast the race from a ship out at sea, delivering a play by play of the action. How many more papers would Bennett sell as excitement grew for the very first wireless reports published in a newspaper? 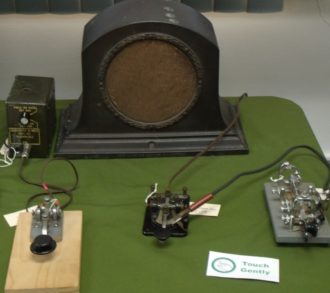 Marconi set up his receiver and transmitter near the North Tower at Twin Light Lighthouse in Highlands, then sailed off on the SS Poncien.   Marconi, in two transmissions from the ship, broadcast 5000 words that day. It proved that his radio had commercial potential, and the Herald was able to report on the America’s Cup Race in its next addition, long before its competitors.  Columbia would go on to win the America’s Cup. But her win would be a footnote in history. This was the day that the world changed forever. This was the day that radio was born.

In New Jersey, the name Guglielmo Marconi is prolific in its widespread fame. From his facility on the Belmar/Wall border to Highlands, to Somerset, there are memorials and historic sites all attributed to Marconi. We know from high school history classes that he invented the radio. But who was Marconi the man?

Guglielmo Marconi was born on April 25, 1874 in Bologna, Italy to Giuseppe Marconi, a wealthy Italian landowner, and Annie Jameson, daughter of John Jameson, the founder of Jameson’s Distillery in Dublin.  Young Guglielmo did not attend school as a child, or university as a young man, instead he learned math, chemistry and physics through a host of private tutors. At 18, he began to experiment on the concept of wireless telegraphy.  The concept was not new. In fact, numerous inventors and scientists had been experimenting and building complete radio telegraphy systems for 50 years. However, none could achieve commercial success. Common belief of the day was that radio waves could only travel along the line of sight.  So, it was believed that radio waves were of limited range and use, because of the curvature of Earth. 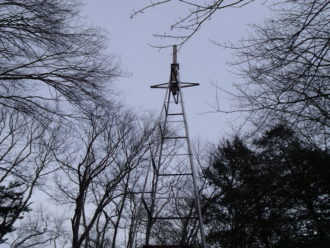 At the age of 20 Marconi, with the aid of the family butler, Mignani, began to conduct experiments to study radio waves.  In December 1894, he demonstrated his radio transmitter and receiver to his mother, Annie. He made a bell ring on the other side of the room by pushing a telegraphic button on a bench.   He continued to work, building his own equipment based on papers from luminaries of the time. Finally, in 1895, Marconi experienced a series of breakthroughs that led to functional wireless telegraphy. 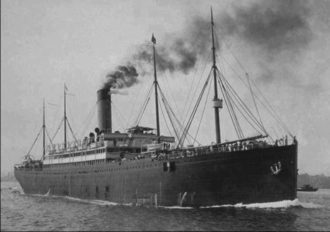 It was January 23, 1909.  The Palatial luxury liner, RMS Republic, was steaming in thick fog off the island of Nantucket.  Her captain was cautious and gave orders to regularly announce her presence with the ships steam whistle.  At 05:47 (AM) her whistle was answered by another whistle somewhere in the fog. Suddenly the bow of the liner, SS Florida, raced out of the fog and sliced into Republic amidships on her port side.  It was a mortal wound. Republic would sink. However, she was equipped with the new Marconi Wireless Telegraph System. Republic was the first ship to ever radio the “CQD” distress signal. 1500 lives were saved that morning, further cementing Guglielmo Marconi’s place in history.