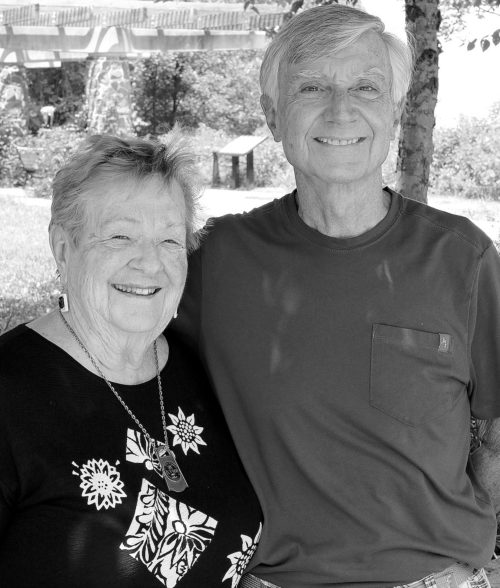 SHREWSBURY –  Local authors and historians Rick Geffken and Muriel J. Smith recently signed a contract with The History Press to co-author a book on Monmouth County history.  The publishing firm specializes in books on local and regional history and cultural topics.

The authors, whose writings appear in numerous local newspapers, have coordinated a series of vignettes each has written about Monmouth County and compiled  their stories covering all corners of the county. Some have already appeared in local media and others will be fresh perspectives on local history subjects rarely highlighted.

Geffken, of Farmingdale, a frequent contributor to the Two River Times, published  his most recent book last year, teaming up with George Severini to write Lost Amusements Parks of the North Jersey Shore, a book  about long-gone recreational locations.  Previously, he co-authored The Story of Shrewsbury Revisited, 1965-2015  with Shrewsbury Mayor Donald Burden.

Geffken’s writings about local history  have appeared in numerous on-line Patch blogs, newsletters, magazines, The Howell Times, and the Monmouth County Genealogy Newsletter where he also served as publisher. He is a frequent speaker on a variety of historic subjects at libraries, club, historical associations and fraternal organizations, and has made an appearance on NJ Cable TV.  He has participated in Symposia for the Navesink Maritime Historical Association and presented research papers at the NJ History & Historic Preservation. Geffken is past president of the Jersey Coast Heritage Museum at Sandlass House, and a member of the Monmouth County Historical Association.

A retired Army officer and Vietnam Veteran, Geffken retired from a career as a sales executive with Hewlett-Packard and has owned and operated several small businesses. He was an adjunct professor at Ocean County Community College and also taught secondary school mathematics.  He holds a degree in economics from St. Peter’s University and a master’s degree from Montclair State University.

Smith is also a member of the Monmouth County Historical Association as well as several local historical associations. A native of Union, she lived in Highlands for 40 years before settling in Freehold in 2006.  A former member of the Freehold Borough Historic Preservation Commission and current member of the Monmouth County Historical Commission she is the author of three books, the first commissioned by the NJ Alliance for Action to  chronicle its first quarter century of contributions to the state’s economic stability of the Garden State. Her second book, The Reporter and the Draft, is the story of her father, a former Newark Evening News police reporter who also served as Chairman of the state’s largest draft board during World War II. Her third book, I Know How to Grieve I want to Learn How to Laugh, is a self-help book she wrote following the death of her husband in 2006.

Smith is a regular contributor to the Monmouth Journal and has a History and Happenings column in the Atlantic Highlands Herald. In addition to having her work appear in numerous local newspapers, Smith’s works have appeared in many newspapers and magazines across the country, chronicling experiences she and her husband enjoyed while spending ten years traveling through all 50 states in an RV and volunteering at National Wildlife Refuges. A graduate of Mount St. Mary’s Academy in  North Plainfield, Smith is a former editor of The Courier in Middletown, Forbes Newspapers in Somerset County, and an award-winning writer for feature, sports, news, and social stories as determined by the NJ Press Association. Smith also served as the NJPA’s Editorial Committee chairman for several years.

‘This will be great fun teaming up with Rick to write stories about the area we both love,” Smith said, “though admittedly,” she joked, “ we’re going to have to arm-wrestle to see who gets to do the stories on some areas in which we’ve both done a lot of writing.”

“Muriel and I have known each other and worked together for a long time. Our perspectives and methods of research are different enough, ” Geffken added, “so that the book is already gearing up to be unique in both writing styles and emphasis.  At the same time, it will be diversified enough to capture everyone’s interest and chock-filled with fascinating stories told in an entertaining manner.  We both love Monmouth County and look forward to this new venture together.”

This first book written by Geffken and Smith as a team is expected to be released to book stores and other outlets in the fall of 2019.