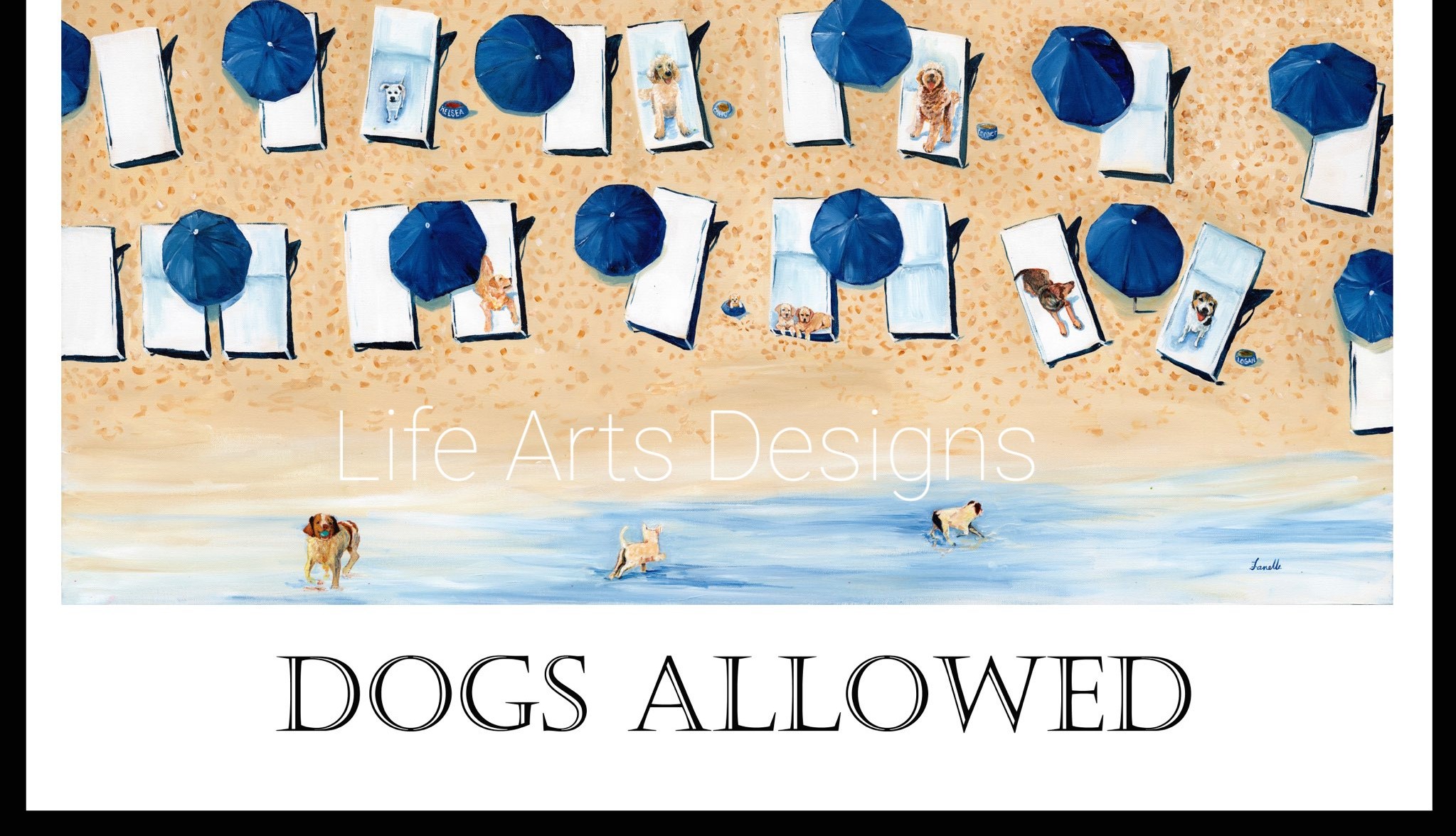 So many artists, so little time! It completely blows me away as to the incredible talent of many of our Jersey Shore residents. I’ve recently come across two very talented ladies who are NJ “transplants” partnering up and turning their artistic abilities into a business. Artist Fanelle White is originally from Massachusetts near the Boston area, while her artistic business partner, Lois A. Eder, resides in Manasquan. Both had met 30 years ago while teaching at the Susan Wagner High School in Staten Island. SWHS is a very large comprehensive high school that was art-designed certified. Students in Fanelle’s class were by auditioned placement. Her job was to assist them in building professional portfolios to present to colleges as well as scholarships through their work. 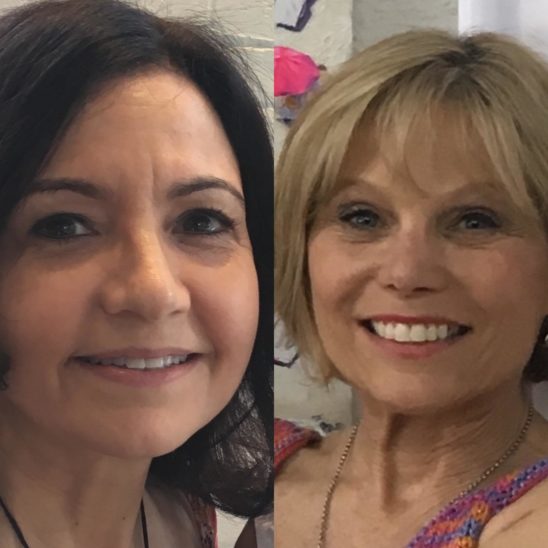 When asked about family talents, Fanelle feels very lucky to have had a dad who was himself quite talented. A brilliant engineer by trade, although untrained, he was quite a proficient artist. Both parents realized their young daughter’s talent and passion for the arts, encouraging her to follow her gifted path. Fanelle credits her high school art teacher, a kind and patient man, with directing and assisting her navigation through programs and the college system.

By the age of three, Fanelle’s family knew she had a knack for creating. She remembers drawing a portrait of her five-year-old brother when she was seven. Both her parents and grandparents realized their little girl was something of a prodigy, encouraging Fanelle to continue her drawing. Her mom kept this portrait which still amazes Fanelle herself!

Although involved in art from a very young age, Fanelle earned her bachelor’s degree from Pratt Institute in Industrial Design which was art-based with engineering undertones. She also has a master’s degree in education as well as numerous credits in graphic design. Fanelle credits her ability to paint and draw in any style to having fantastic teachers along the line. An art teacher many years ago once told her to never paint continuously without stopping and critiquing her own work. She says she enjoys a challenge and creating an image in a style she feels is right for each particular image. With no preference in subject matter, this artist finds herself unable to stop when detail is involved. 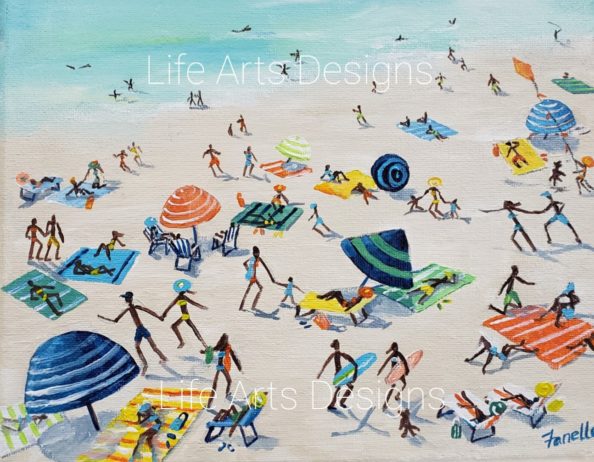 Due to allergies, Fanelle must limit her work with oils. She uses acrylic paints which dry faster than oils which meant learning to quickly mix and paint. Oil pastels are also a preference that lends the illusion of oil paint minus the allergen fumes. I was curious as to brush choices to which Fanelle mentions being a rather tactile individual who “touches everything” so in the art stores the various brushes and paint surfaces get the once over!  Fanelle explains that each piece requires slightly different materials. Some creations need a heavier body paint while others require lightweight or perhaps a combo of both. At times a combined painting medium such as gels or modeling paste is used to build texture.

When asked if canvas or boards are preferred, Fanelle finds boards are usually both heavy and more expensive. Painting on boards is different as the texture and most grains run in one direction limiting brush strokes unless first sanding which is annoying. Canvas and watercolor paper are the preferred choices since both have texture not limited to one direction that would heed the intended stroke or volume. Remembering that teacher long ago, Fanelle will pause, step back and ask herself; “Are the brush strokes creating the shapes I want? Do the colors create lighting that makes sense throughout the painting? Does the composition have intended balance?”

Fanelle and her business partner, Lois, sell their artwork through several different venues such as galleries, https://www.lifeartsdesigns.com/ (their website), art shows, Instagram and FaceBook. For a gander at the amazing collection of creative pieces take a scroll through their website. See something you MUST have? Just ask. If it sold, it can be recreated! 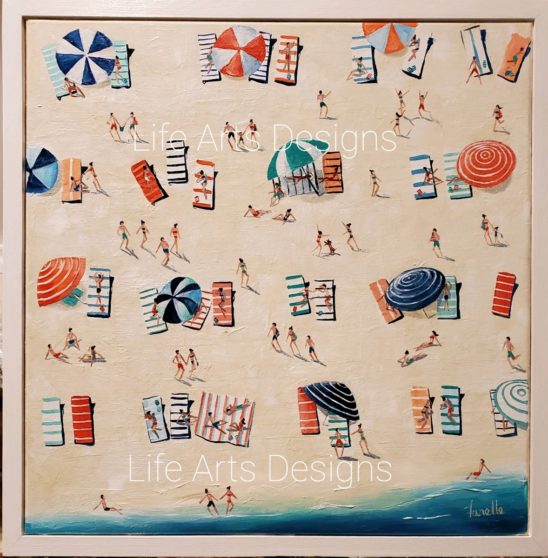 Do you have something you’d love to have Fanelle paint? She does indeed do commission work such as portraits, pets, vehicles, boats, houses and anything a customer requests. If you’re thinking of a pet portrait, Fanelle asks customers to provide several pictures of Fido so that she’d have a better choice as to the best portrayal. Surprisingly, a pet portrait may be completed in 3- 6 hours for a full portrait. Fanelle feels it is a special tribute and shows how important a person, group, pet or place is when depicted in a painting and hung in a place of honor.

Fanelle does her creating in her home studio. She says she’s got great natural light for daytime painting and great directional lighting for night painting. Both she and Lois are gearing up for the spring and summer art shows.

They will be at: