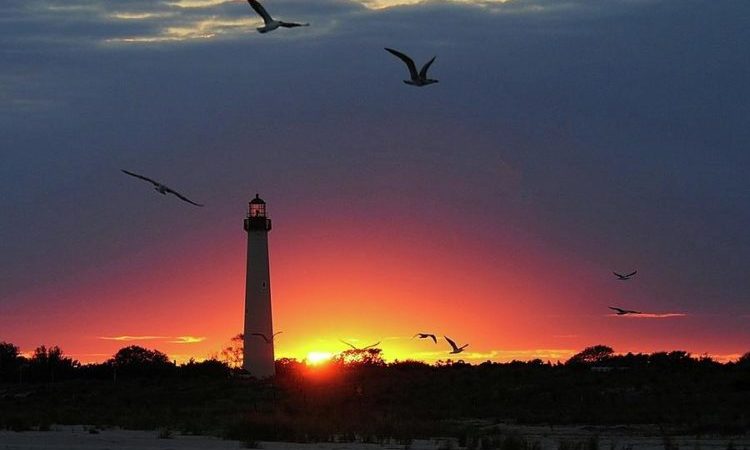 National Lighthouse Day – August 7th!  It was on this day in 1789, that Congress approved an Act for the establishment and support of lighthouses, beacons, buoys and public piers.

Today we celebrate how these scenic, historic structures comforted travelers throughout the centuries, and at the Jersey Shore, we have many to keep our mariners safe!

Whether they be topped with bright red roofs, Victorian in style, at the edge of land and sea or high atop a nearby hill, New Jersey lighthouses have been a tourist attraction and draw for history buffs for as long as they have been the beacons that provide guidance and warnings to ocean-going vessels of all sizes. And well they should be, considering the diversity and number of lighthouses in the nation’s third smallest state. 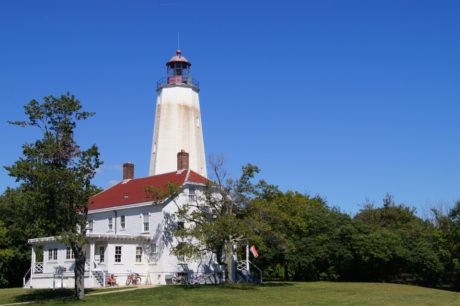 It all started in 1764 when the 103-foot-high white lighthouse was built on Sandy Hook, now part of Gateway National Recreation Area in Highlands. It was one of only 11 lighthouses in the original 13 colonies and today remains the oldest still operating lighthouse in the country. Although the building is maintained by the National Park Service, the light itself is under the direction of the Coast Guard and the light remains a beacon for ships entering and leaving New York Harbor. 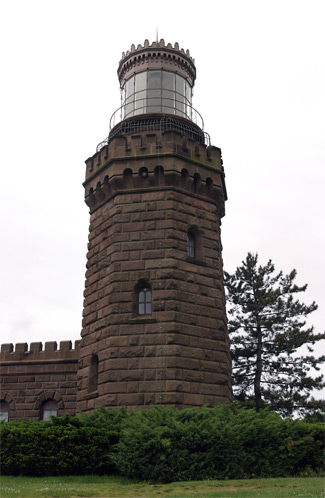 A few miles away, across the Shrewsbury River and situated on one of the highest points along the East Coast waterways, is the Twin Lights, once the brightest beacon on the East Coast with its Fresnel lens, and itself a historic landmark for a variety of reasons. It is the site where the Pledge of Allegiance was officially first said publicly; it is also the site where Guglielmo Marconi sent his first wireless message, and eventually became the first lighthouse electrically powered. In the 1930s, the Army’s Mystery Ray, what we now know as radar, was tested at the site.

Officially known as the Navesink Light Station, the two lights separated by keeper’s quarters were designed to avoid confusion for seamen with the Sandy Hook Light and are not identical twins because of the differences in their shape and operation. Maintained by the State of New Jersey, and home to both the Friends of the Twin Lights and the Highlands Historical Society, the Twin Lights are open for visiting and climbing several days a week, and house a magnificent maritime collection in the Museum located between the towers.

Barnegat Lighthouse, Old Barney to friends, at 171 feet in height, joins the Absecon lighthouse as being the two tallest lighthouses in the state. Located on the north end of Long Beach Island, Old Barney’s striking red and white exterior is a familiar sight for summer visitors. The lighthouse was built in 1859 on what has been identified as one of the most crucial change of course points for ships, with swift currents, shifting sandbars and shoals extending from the shore offering unique and dangerous challenges for sea vessels along the New Jersey coastline.

The Lighthouse is on the NJ Coastal Heritage Trail. 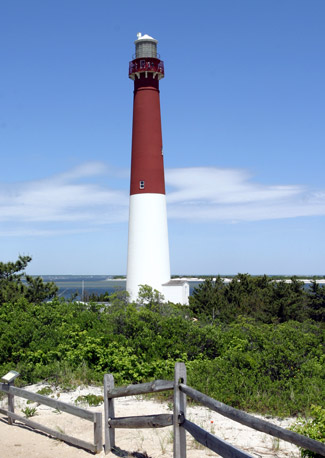 In addition to Sandy Hook the Twin Lights and Barnegat lighthouses, visitors seeking to discover the uniqueness of the structures can visit the Absecon Lighthouse, the 157 foot high Cape May lighthouse, as well as Hereford in Wildwood, and Sea Girt, decommissioned since 1945 but a charming Victorian building constructed in 1896 and boasting a square red-brick tower. 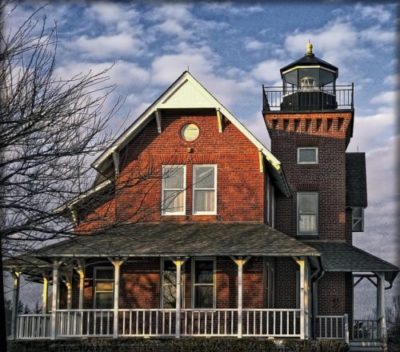 Tucker’s Island, a reconstructed lighthouse built about six miles from the original building, East Point in Heislerville on Delaware Bay, a two-story white building with a bright red roof, Finns Point Rear Range, an 1876 wrought iron structure in Pennsville, built in Buffalo and moved to its site by rail and wagon, and Tinicum Rear Range Lighthouse in Paulsboro, built in connection with Tinicum Front Range Light to guide ships along the Delaware River to ports in Philadelphia and Camden.