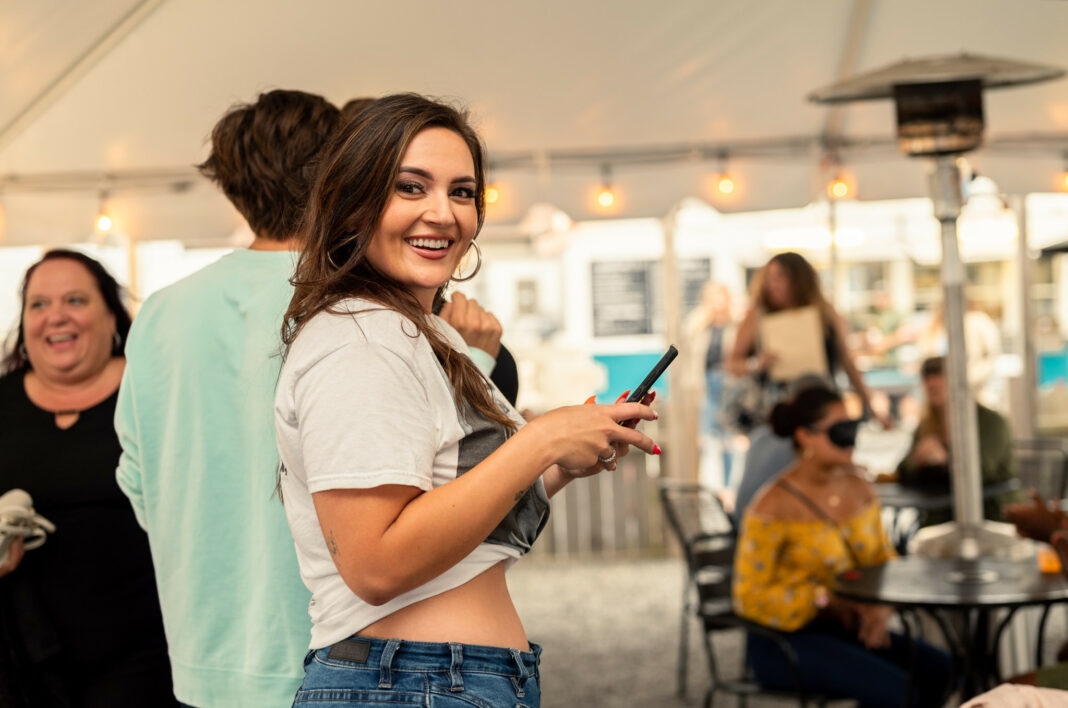 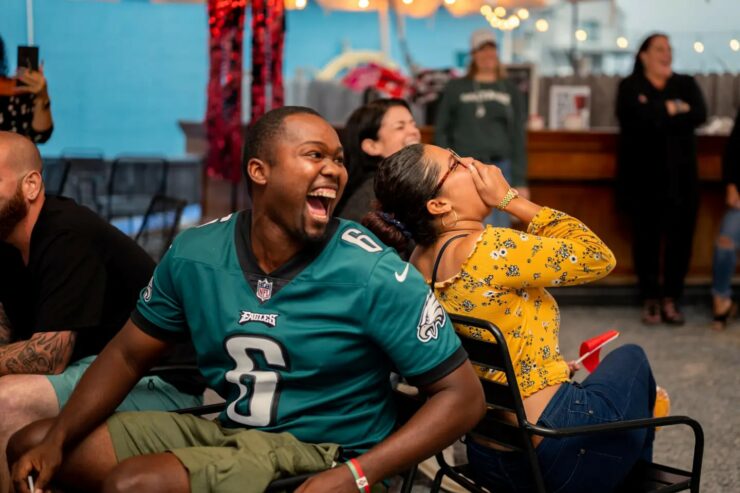 Upon check-in, guests were given a blindfold and assigned a number from 1 – 30 along with two poker chips with their corresponding number on it.

The females were then seated at an individual “station” and told to put their blindfolds on. Then, each blindfolded man (along with their designated “helper”) maneuvered through the stations where the females sat and chatted to their prospective “match” for two minutes. 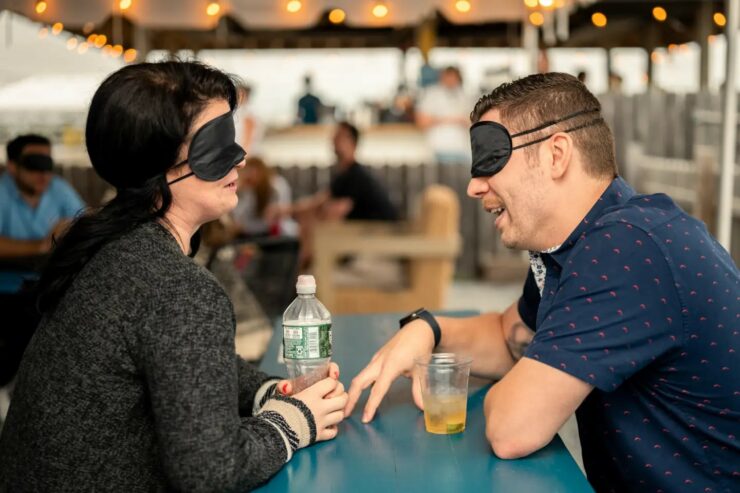 If one of the guests felt a connection, the participant was instructed to leave their poker chip at the station. 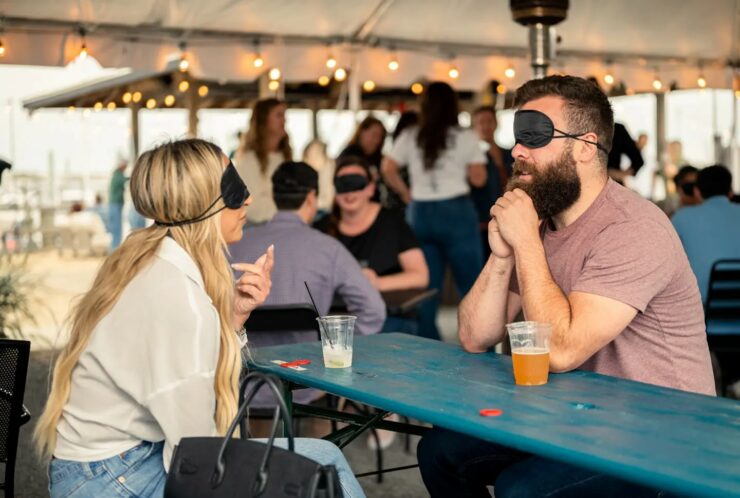 At the end of the event, each guest told Brianna and the Inspired Girl team which poker chips, if any, they received. The team then circled and identified potential matches for a few minutes. 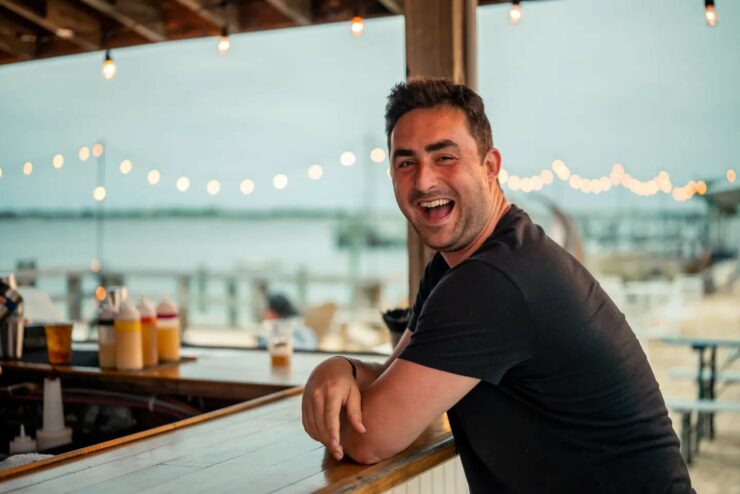 Two matches were made! The couples won a date night at The Seafarer to see if love really is blind. 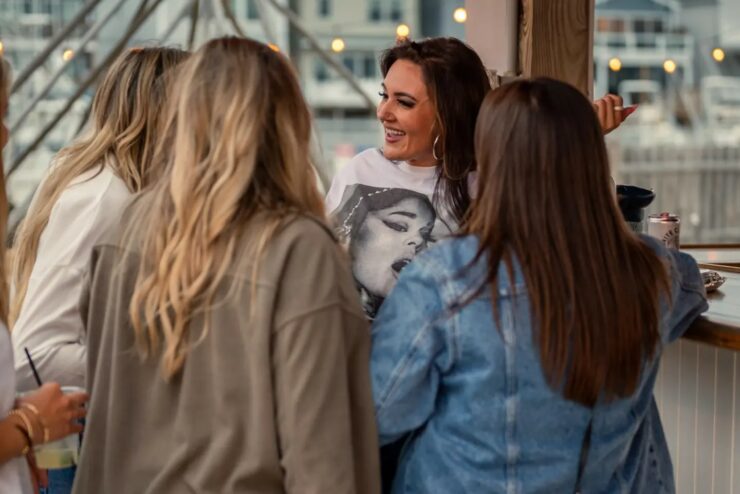