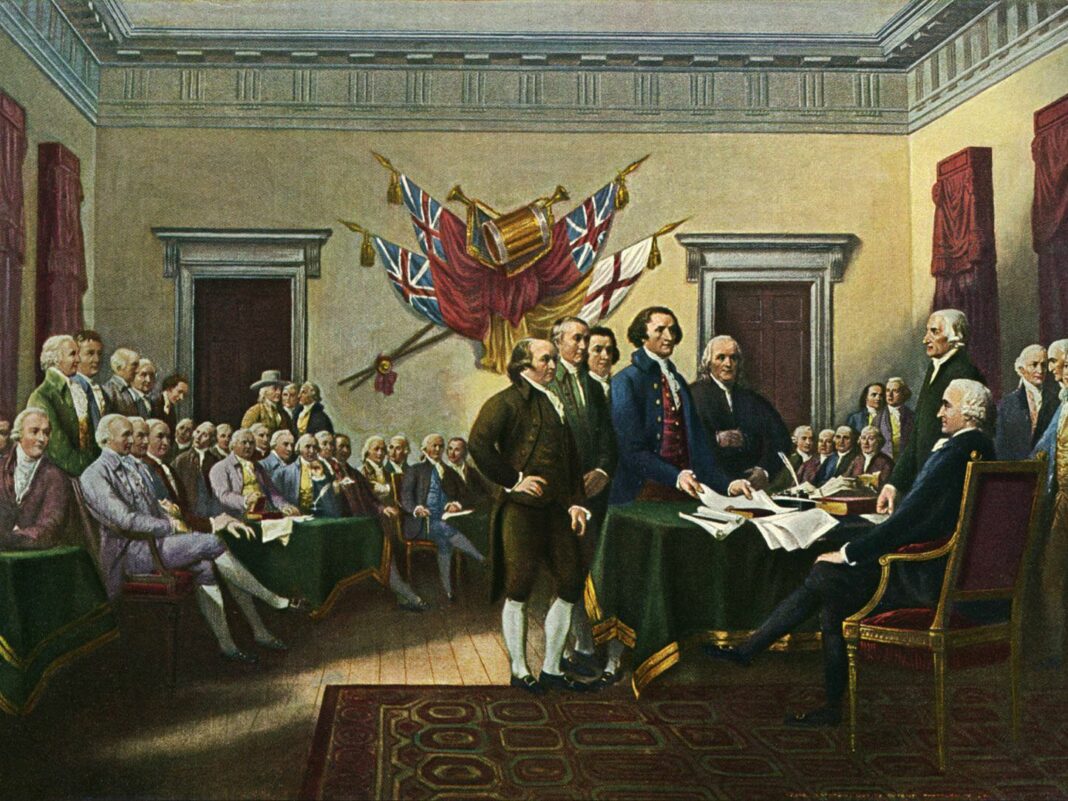 We celebrate the Declaration of Independence for two reasons. It represents an official severing of ties between the original 13 colonies and the rule of Great Britain. But it also represents the core of our beliefs, the very makeup of our identity as citizens of the U.S. Thomas Jefferson, the author of the Declaration of Independence, combined a rich a history of ideas and eloquently presented them to the then King of Great Britain along with a list of grievances.

At certain times, the concept of what it means to be a citizen of the United States of America may seem unclear. While many citizens are very passionate about our country, there are others who cannot accept patriotism as a wholesale, no-strings-attached concept. For those who already deeply love the United States, and for those who are struggling with the idea, the Declaration of Independence can be a guidepost. It is an unassailable document that embodies what it means to be an American, and everything we hold dear.

Although written in a different time with different social norms and commonly accepted philosophies, the U.S. has made consistent strides to truly embody the words, “we hold these truths to be self-evident, that all men are created equal…” This idea has emboldened us to forge our own paths as individuals and as a nation. At great risk have Americans stood up to many forms of tyranny and oppression, and however long it takes, liberty prevails. Although the times are always changing, there will never be a day when this document does not hold immense importance to the United States or its people.