Harmony Project – Sounds and Talents of the Jersey Shore 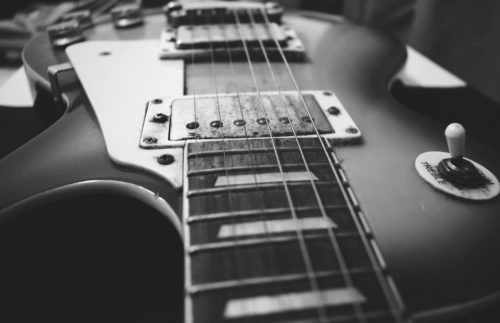 Often we stumble upon some pretty great things when we’re least expecting. One of those times was back in January on a cold nasty night when on the way home, my husband and I decided to make a pit stop in one of our favorite local watering holes. Jacks Tavern on 10th Ave. Belmar, locally known as “Jacks by the tracks” is most often overlooked by travelers or out of towners. For the local crowd, Jack’s is the popular hangout for many years.

We often pop in on a Saturday night to listen to many great musicians and bands. Not expecting to find music on a Thursday night, it was a nice surprise to find three seasoned musicians playing on the milk crate & plywood stage set up along the front café curtained windows. The best thing….they began at 7PM! All too often the live music doesn’t start until 9-9:30pm just when some of us older Boomers are beginning to yawn!

Thursday evenings Harmony Project, a three-piece band, play an eclectic mix of seldom heard but loved classic rock tunes that we all know the words to. Too often many bands, although excellent musicians, seem to play the same songs each time they’re out. After catching their gigs numerous times it begins to sound like the same 8 track over and over. This can eventually push listeners to opt for a change of pace looking for fresh selections. 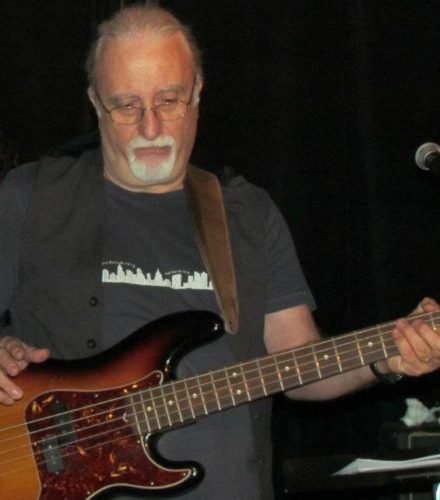 Frank D’Agostino, bass player with Harmony Project was kind enough to stop by our seats and have a chat. All three are great guys, Joel Krauss, Roger Taylor & Frank all enjoy making the rounds to say hi and shake a hand or two. It’s nice to know they appreciate the crowds who’ve come to listen to them making some sounds! Most patrons have come to know the guys well over the years.

Frank grew up in NYC, living now in the Brick Township area. He mentioned that his dad played drums at an early age with the Beatles feeding his craze for music. According to Frank, “the Beatles started it all, everyone wanted to be a Beatle!” Self-taught with various teachers along the way, Frank sang in his elementary choir and says his music began to rev up by 14. He sang in the high school choir and was involved with the orchestra as well.

Preferring to play in a band he says his solo performance days are over. He does play guitar but is a bassist by trade. Frank has owned a variety of instruments over the years but says he’s “culled down the herd” to his Fender American series 5 string and a Fodera Emporer 5. He tends to play the Fender more over due to the style of music he’s playing nowadays. The Fender lends a more “modern sound”.

Many local musicians and followers remember Frank from his days as one of the original members of the popular group, Yasgurs Farm, as well as a few other groups along his musical journey. Now playing with Harmony Project, as Frank puts it- “a centric trio of singers/players who concentrate on classic rock vocal gems that seem to have struck a nerve with local clientele.” Everyone relates and appreciates singing, and Harmony Project does it better than many!

He plays locally 3-4 times every week and the band has built up quite a strong following. It’s fun when the majority of the patrons are singing along with the band! Frank feels people “get what they do” and feels blessed that people come out and pack the spots they play in. It’s definitely hard to find an open seat at Jack’s on a Thursday evening!

Harmony Project has performed for parties, country clubs, theaters & clubs. They are presently gearing up for a celebration show of the music from Crosby, Stills and Nash and CSNY which they hope to unveil in January or February of ’18 at the popular McLoone’s Supper Club in Asbury Park. Harmony Project is waiting for a like from all on FB, if you haven’t already hit them up. Frank says although he works a P/T job, his main focus will always be his music.

You can contact Frank at 732-233-0210, tell him Sharon sent you! Keep an eye on jerseyshorescene.com and on Facebook giving you local for locals…..and visitors. Have a musician for me to highlight? Send me a message at cajunkit@infionline.net. Now get out and listen to some local tunes!