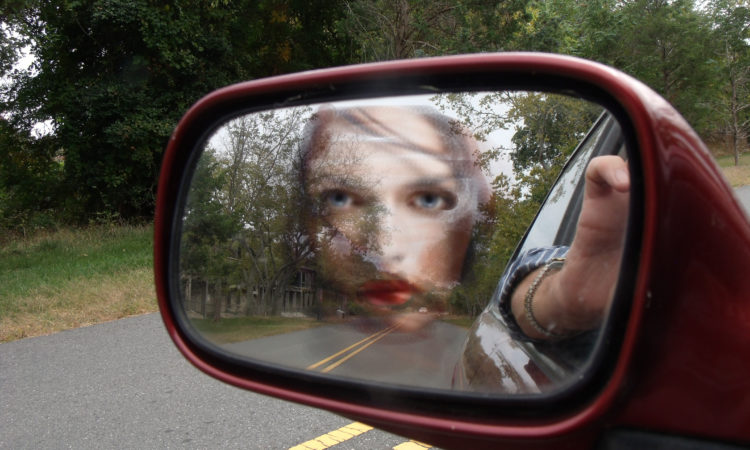 (Note: Most people think that Archaeologists dig a lot of holes and read old documents.  While this is certainly true, there is a lot of time devoted to local legends and folklore.  The story below has been around for at least a century.  The location of the story has varied from the “Old West”, to New England, Albany, and small towns across the country.  Presented here is a local version of the tale.)

It was June of 2000 and Jimmy Martin was bummed.  He had rented a tux, borrowed his Dad’s pristine 1979 Trans Am and was already to take Lu Ann (his girlfriend since 6th grade) to the Senior Prom at the banquet hall in the Atlantic Highlands Harbor.  Then, as he was on his way to pick her up, she called to tell him that she was going with Richie Anderson!  She dumped him on prom night.  So, he drove out to Sandy Hook to collect his thoughts and decide if he would go by himself or blow it off and go to a movie or something. 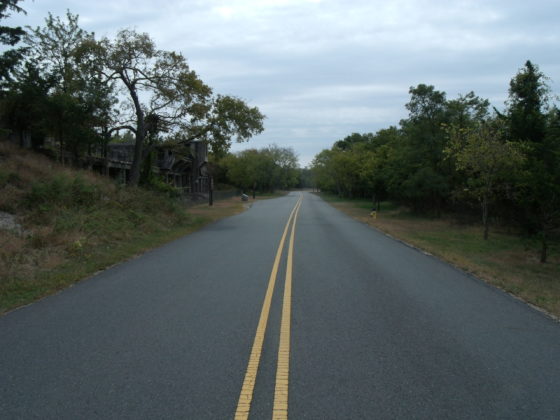 He ultimately decided to go home.  It was nearly dark as he slowly drove up Hudson Road towards Battery Granger.  His headlights illuminated someone walking past the fenced off Battery.  As he drew closer, it looked like the figure was that of a young woman in a black cocktail dress carrying her shows.   Jimmy was always creeped out by being out at Sandy Hook after dark.  This was no place for a girl to be walking alone.  He decided to see if she needed a ride.  “Excuse me,” he asked. “Are you OK?  Do you need a ride to the Ranger’s Station or something?”  The young woman stopped and walked over to the car.   Jimmy was stunned.  She was taller than he thought and incredibly beautiful.  She had red hair and blue eyes that practically glowed.  Her skin was like luminous porcelain, and her lips were such that he longed to kiss them.  He was instantly smitten by this beautiful young woman.  “I sure could use a ride.” She said.

“Did your car break down?” Jimmy asked.   “No. I was hitchhiking and the guy that picked me up took me out here instead of where I wanted to go.”  “Oh no.  Are you OK?” Jimmy asked out of real concern.  “I’m OK now. What’s your name?” She asked.  “Jimmy” He said with a smile “What’s yours?”  The girl opened the door and got in the car.  He noticed that she was close to his age, maybe 18 or 19. “My name is Annie Sullivan.  But everyone calls me Destiny. How come you’re all dolled up?  You look really handsome in your tux!”  She said with a happy smile.

Jimmy Martin was at a crossroad.  He decided that instant to take the leap.  “Destiny, I was supposed to go to the prom tonight.  But my girlfriend broke up with me over the phone as I was going to pick her up.   So, I came out here to think.  I’m a real loser, right?”   Destiny looked at him seriously for a long moment.  “That’s cold-blooded!  Your Ex is the loser!  Not you.” She said.   Jimmy, nearly burst.  Here was the most beautiful girl he had ever seen, and she clearly liked him.  He said it before he could even think it through.  “Destiny, would you go to the prom with me?” He stammered.  “Absolutely, Jimmy!” She giggled.

They took off in screech of tires and headed to the prom.

Jimmy and Destiny were the hit of the prom.  They danced every dance.  Destiny was charming and engaging and all of Jimmy’s friends were taken with her.  Every guy wanted to dance with her, and every young woman wanted to be like her. Lu Ann, Jimmy’s former girlfriend, was green with jealousy.  Even her date, the jock Richie Anderson, could not keep his eyes off the redhead.

The prom ended too soon for them.  So, Jimmy and Destiny took a stroll along the Atlantic Highlands Harbor wharf.  He put his arm around her and realized that she was really cold to the touch.  He put his tuxedo jacket around her shoulders.  They talked for hours while watching the boats in the harbor sway back and forth.

Just before dawn, they climbed into the Trans Am.  Destiny gave Jimmy directions to her home where she lived with her Mother.   They drove to a secluded street near Hartshorne’s Woods and slowly crept along.  “You can let me off here.” She said.  “Are you sure?” Jimmy asked as they had pulled up to a very delipidated house that looked abandoned.  “Yup, this is it”.  Then she kissed him, and he was entranced.  Oddly, he noticed how cold she felt.

Destiny got out of the car and Jimmy drove off, thinking about the wonderful time he had and how beautiful Destiny looked as they danced the night away.  He pulled into his driveway and realized that Destiny still had his Tuxedo Jacket.  He would drive to her place tomorrow and get it back.  He didn’t need to return the tux to the rental place until Monday, anyway.

The next morning, with his buddy Joe riding shotgun and his other friend Todd in the back seat, he drove his mother’s station wagon to Destiny’s house.  He and the boys walked up to the door and knocked.  After a while, an elderly woman came to the door.  Jimmy asked if Annie was at home.  (He didn’t think it polite to use the nickname of Destiny with her mom.)  The woman told him that Annie didn’t live there anymore.  Then invited them in as she had something on the stove.  While she was in the kitchen, the boys looked around.  Jimmy noticed a pair of black high heels on the mantle place in a glass model case. 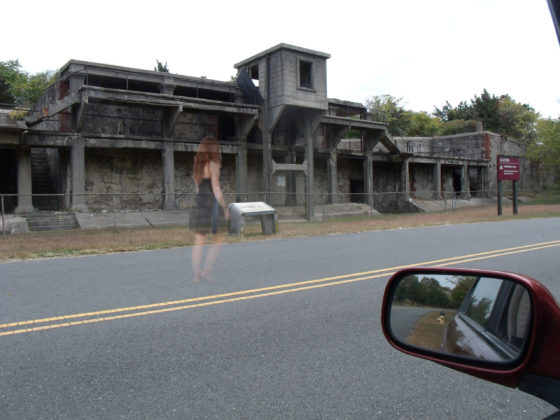 “Hey,” he whispered to Joe.  “Those are the shoes she was wearing last night!”.

When the woman of the house entered the living room, Jimmy asked again “Are you sure, Ma’am, that Annie Sullivan doesn’t live here?  See, we were at my prom last night and those look like the shoes she was wearing.”   The lady looked at him for a long moment.  She had Destiny’s eyes.   “Son, my daughter, Annie, was murdered 25 years ago.”  The boys blood ran cold in their bodies.  “Annie made ends meet for us by dancing at bars down the strip.  One night her car broke down and a man offered to drive her home.  The police said he took her to Sandy Hook and killed her.  But they never could find her body…only her shoes.”  Jimmy, his heart pounding in his chest, said that he must have been mistaken and was sorry for Mrs. Sullivan’s loss.  He, Joe and Todd, practically ran out of the house and jumped into the car.

“What do we do now?” Todd asked.  Jimmy was silent.  Then Joe said, “I’d like to see the spot where you first saw her.”  “Yeah. Ok,” Jimmy barely whispered.

They were silent on the way to Sandy Hook.   Finally, Todd said, “This is BS.  Somebody is playing a joke on you.”  Joe added, “You have to admit, it does sound crazy.”   Jimmy said nothing.  They turned onto Hudson Road and slowed as the neared Battery Granger.  “I picked her up right about here,” Jimmy said as he stopped the car and put it in park.   “What’s that on the ground in front of the fence?” Joe asked Jimmy and Todd.   Jimmy got out of the car and walked over to the object.  A chill and a bolt of fear shot through his body.  There, folded neatly on the ground, was his Tuxedo Jacket and on top of it lay a pretty, yellow flower.

If you find yourself wandering the back roads of Sandy Hook at dusk, beware the beautiful stranger walking down the road alone.  She just might be one of the children of the night that spend their eternity wandering the old roads and beaches of the Bay Shore.