Blood And Swash at Horseshoe Cove 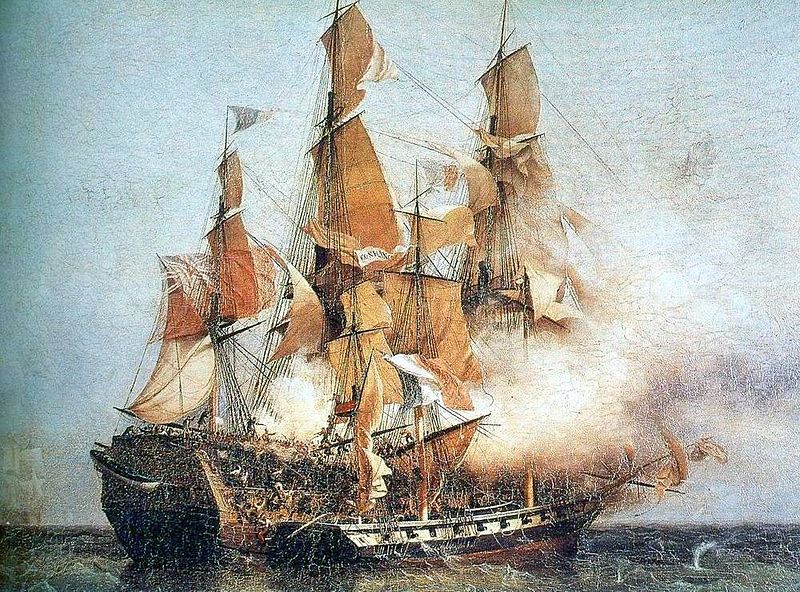 It was October 5, 1781. The privateer sloop, Revenge, ghosted along Raritan Bay in total darkness, making barely a ripple on the water.  With all running lights extinguished, her black hull made her nearly invisible. Her Master was well versed at navigating the bays and rivers. Captain Adam Hyler needed no lights to guide his ship. Trailing on a towline behind the Revenge, were two 36ft whaleboats. 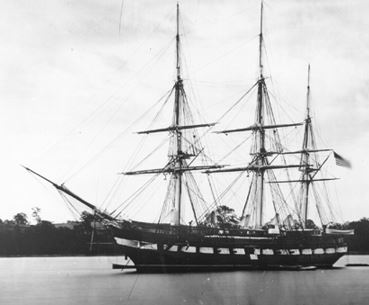 Hours earlier, a patriot courier had rushed into William Mariner’s tavern in New Brunswick and told Hyler that a convoy of potential prizes had anchored in Horseshoe Cove at Sandy Hook, under the protection, not only of the log fort’s swivel cannons, but a massive, 200ft British man of war, with 100 cannons spread across three tiers.

Adam knew what he was in for.  As a young man, he had been pressed into service by the British Royal Navy, after which he became a ship’s captain with his own merchant shipping company.  A life at sea made Hyler acutely aware of the awesome power of a British man of war.

Adam Hyler was born in Baden, Germany in 1735 and came to NJ with his family in 1752.  By the time of the Revolutionary War, Hyler was in his 40’s and a well-respected businessman in New Brunswick. When war broke out, Adam joined forces with Captain William Mariner as second in command of Mariner’s privateer forces. After Mariner’s forced retirement, Hyler took over and his exploits became legend. The New Jersey Gazette reported his multiple, daring raids on the British stronghold at Sandy Hook.  Headlines screamed his name. 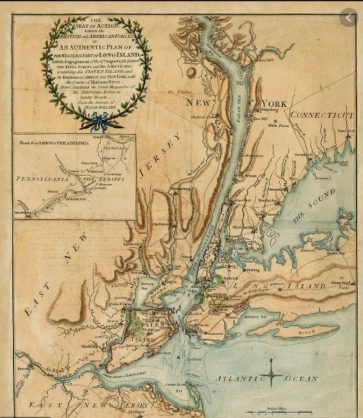 As the Revenge slipped into Sandy Hook Bay, Hyler could see his quarry.  Sitting at anchor in Horseshoe Cove (Called Horseshoe Bay in 1781) were five prize ships. Three of the vessels were merchantmen, but the other two were armed Tory privateers. The smaller, a sloop, mounted a three-pounder cannon and six swivels; the larger carried four six-pounders, two on each side. They were more than a match for the Revenge and her whaleboats. Ashore, the raiding party faced the twelve swivel cannons mounted on the British Log Redoubt at the base of the Sandy Hook lighthouse, not a half-mile away on the beach. 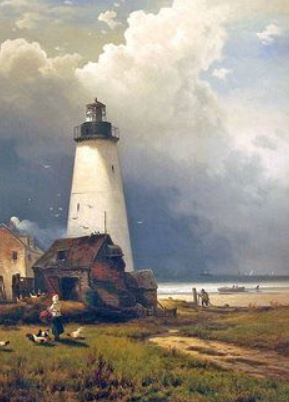 Hyler gave orders to have the whaleboats reconnoiter the prizes.  His men slipped silently into their boats and rowed to their targets in total darkness.  An old hand at naval battles, Adam had the oar handles and tholepins wrapped in leather to avoid any noise while rowing. His men, hand-picked because they showed no fear in battle, were like wraiths. Adam waited.

They returned to report that the merchant vessels were unmanned, and the Tory privateer’s night watch was haphazard at best. Hyler whispered to his second in command, “Battle Stations.” The whaleboats and the Revenge swooped down on their targets. The Revenge taking the larger privateer, while one of the whaleboats took the small privateer and the other began stripping the merchant vessels of all that was valuable. 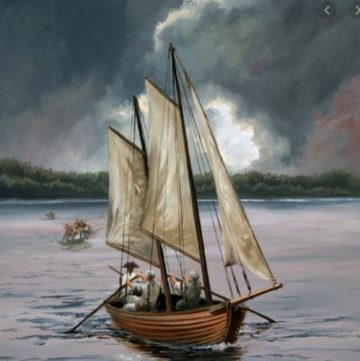 Hyler was the first onboard the Tory privateer, followed by his men.  Their footfalls aroused the Tory crew. Only a few made it out from below deck as Hyler’s men guarded the door with cutlasses drawn.  The Tories on deck decided to abandon ship rather than fight, they guessed the identity of their assailants. Hyler and his men stripped the vessel of valuable gunpowder and arms and set her ablaze. Their last act was to release the Tory crew. His whaleboats did likewise to all but one merchant vessel, where a woman and her children were found hiding in their cabin.

The fires aroused the British dreadnaught. Shouts could be heard as guns were run out and cannons began to fire into the darkness. Hyler kept the Revenge behind the burning vessels allowing no shadow or profile, so the Man of War had no target that night. Some say that the Revenge with her whaleboats in tow, slipped into the night and back to her homeport in New Brunswick. 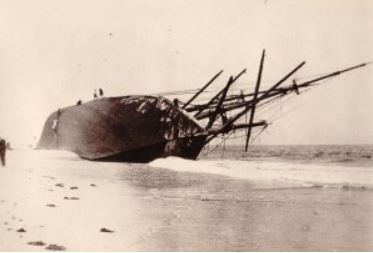 But another story tells us that Hyler took personal command of one of the whaleboats and silently slipped under the bow of the great warship as it continued withering fire at an invisible target. Once in position, Adam cut the ships anchor line so that the massive vessel was adrift, inching ever closer to shore with each volley of her guns, ending any chance that she could pursue the Revenge. 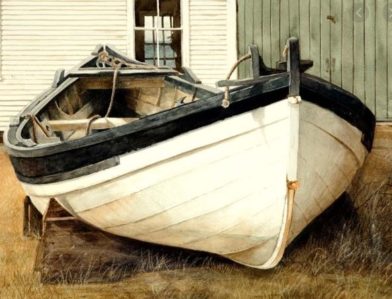 Hyler went on to harass British shipping for another year after this raid. He humiliated the British Navy and faced multiple assassination attempts by British forces. On May 25, 1782 he attacked and defeated a group of 25 British marines in a combined Naval and Land action, referred to as the Battle of the Shrewsbury River (fought either in Monmouth Beach or Rumson NJ).  Adam was severely wounded during the fight. Despite a wound that would not heal, Hyler went on to continue raiding and fighting against British forces until he died of his wounds several months later. 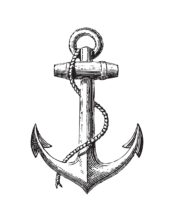