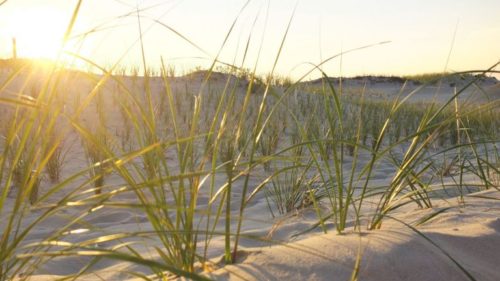 As a fledgling dune planting flourishes near Belmar’s 12th Avenue beach playground, another patch of greenery is planned for the Third Avenue beach.

In addition to the dune grass, native plants and other suitable foliage that will fill this new 1,500-square-foot area, “pollinators” will be part of the mix, according to Belmar Councilman Thomas Brennan, liaison to the Environmental Commission.

“We will be introducing milkweed and other pollinators into this pilot planting to attract butterflies (to the beachfront),” he said at the governing’s body August 7 meeting when the new planting was approved.

Pollen-rich plants are important in supporting the migration patterns of monarch butterflies, whose numbers have been declining during the past 20 years. Every fall along the East Coast, they come through New Jersey on the way to Mexico for the winter.

With the plants expected to be placed in the ground in October, this second pilot project is part of the borough’s effort to establish an attractive beachscape barrier that will help protect Belmar’s 1.3-mile oceanfront during storms.

Dune grass plays an important role in stabilizing beach dunes — the natural barriers that protect the oceanfront against storms and the powerful ocean surge. The last stretch of protective dunes was washed away during Superstorm Sandy nearly six years ago.

Brennan is once again working with The Little Plant Company owner Jason Austin, who orchestrated the 12thAvenue dune planting. His Pine Beach company, which specializes in creating landscapes that have a positive impact on the environment, has been recognized by Jersey-Friendly Yards — a collaborative effort of the N.J. Department of Environmental Protection and the Barnegat Bay Partnership.