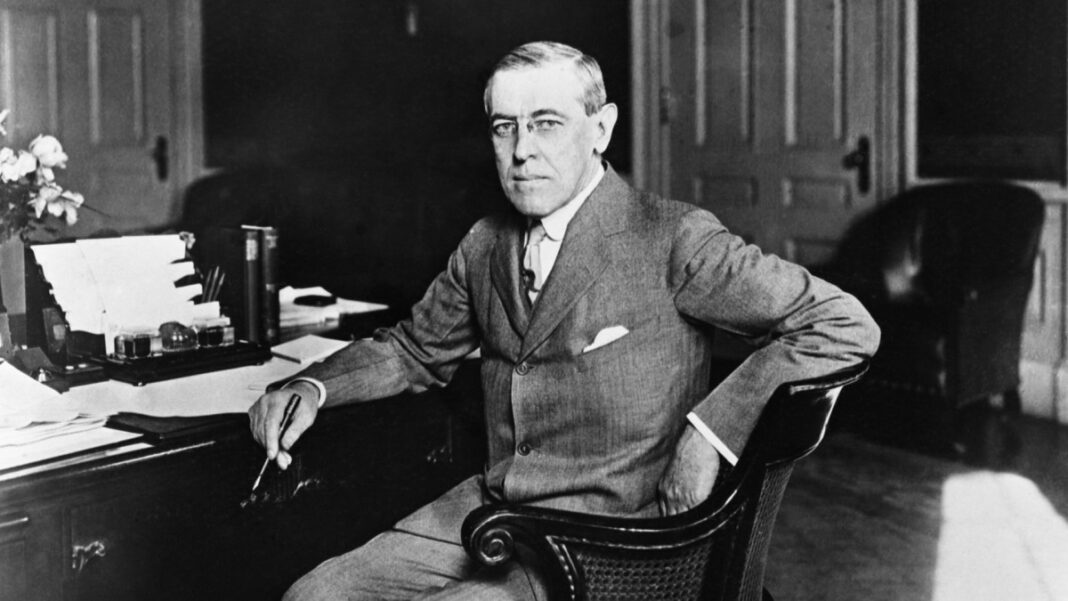 The 28th President of the United States was not born in New Jersey but is closely associated with the Garden State through both intellectual and political genres.
A native of Staunton, Virginia, Thomas Woodrow Wilson was the son of a minister and was educated at home and at a local college before transferring to the College of New Jersey (Princeton.)

He also studied law at the University of Virginia and earned a doctorate in political science and history. He came back to New Jersey to serve eight years as President of his alma mater, resigning in1913 to become the 43rd Governor of New Jersey. He resigned from that position three years later to become President of the United States. Billed as one of the most brilliant of all US Presidents, Wilson earned the nickname “The Professor.”

As President, Wilson was reluctant to enter the war, but eventually created a military draft and led the nation through World War 1. He designed the 14 Points which ended the war at the Treaty of Versailles, and through it created the League of Nations, which the United States did not join.

A Democrat raised in the South, Wilson supported women’s suffrage, and made great strides for labor in the nation but was viewed as a racist who set back advancements African Americans had made in holding government jobs.

Wilson died of a massive stroke three years after completing his second term as President. He is buried at the National Cathedral in Washington DC. His legacy lives on at the Woodrow Wilson School of Public and International Affairs located at Princeton.