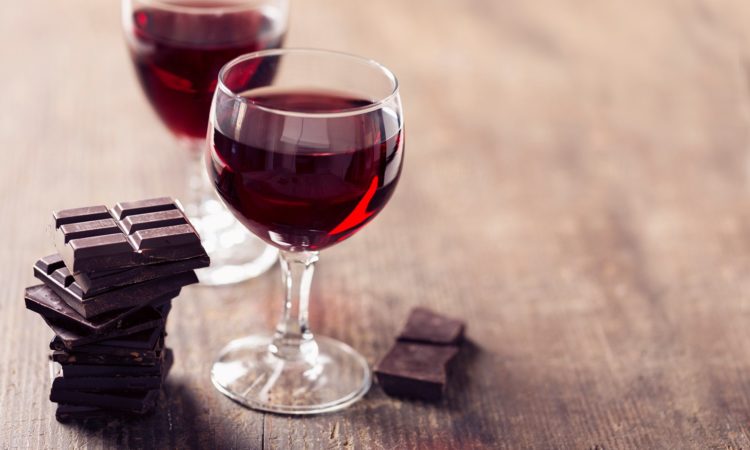 Wine and chocolate. Wine and chocolate have a lot of similarities. It seems intuitively natural to pair them since both are considered aphrodisiacs and both contain flavanols (antioxidants.) But, according to a scientific breakthrough, compounds found in both dark chocolate and red wine could help rejuvenate cells and make them appear younger.

“I repeated the experiments several times and in each case, the cells rejuvenated. I am very excited by the implications and potential for this research.”

In another study, Hershey’s Center for Health and Nutrition announced in the Journal of Agricultural and Food Chemistry showed resveratrol is also found in cocoa and dark chocolate products. Scientists reported that cocoa powder, baking chocolate and dark chocolate all have significant levels of naturally occurring resveratrol.

“This study shows that the levels of resveratrol found in cocoa and chocolate products is second to red wine among known sources of resveratrol and forms yet another important link between the antioxidants found in cocoa and dark chocolate to other foods,” said David Stuart, Ph.D., Director of Natural Product Science at The Hershey Company who partnered with Planta Analytica to conduct this study.

The amount of resveratrol in wines not only depends on what type of grape is used but also the region. Dry red wines are more likely to contain all the beneficial antioxidants in higher levels. Among these, the wines made with traditional pressing and aging techniques are more likely to preserve the high levels of these antioxidants. The study found that wines from cooler regions like Ontario and the Bordeaux region of France had higher concentrations of resveratrol compared to wines from warmer regions like California, Australia, Spain and South America.

The varieties with the most resveratrol in the wine include Malbec, Petite Sirah, St. Laurent and Pinot Noir. Although all grapes contain resveratrol, most of the resveratrol comes from grape skin, so white wine, which has the skin is removed during production, is a much lower source of resveratrol. 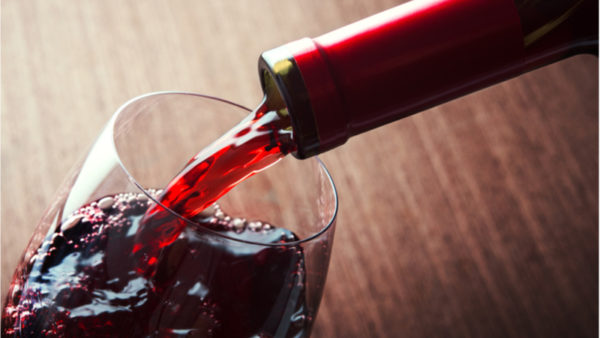 Malbec
Malbec grapes have thick, inky dark-colored skin and robust tannins. Malbec is known as one of the six grapes allowed in the blend of red Bordeaux wine. in South West France.

Madiran
Madiran wines are from Tannat grapes and contain high levels of procyanidins. Madirans sourced from Sardinia, southwestern France, and Italy are preferred, since traditional methods of aging keep the compounds intact.

Merlot
A medium-bodied wine is also rich in procyanidins. Wines from Sardinia and southwestern France often contain the highest concentrations of these compounds.

Syrah (or Shiraz)
Syrah, also known as Shiraz, is darker than Cabernet Sauvignon and this dark-skinned grape contains high amounts of antioxidants.