The trend toward incorporating upcycled ingredients into new food products is continuing to gain momentum, as more companies seek to increase their sustainability efforts and minimize their waste.

June 24 was National Upcycling Day, which was reportedly first established in 2015 in the United Kingdom to call attention to the benefits of upcycling across a range of industries, from apparel to construction.

“The crusts were all inspired by a similar thing: What could we do with this other product that was a byproduct of an ingredient we were using?” said Bacon.

As a co-packing facility that strives to be as “green” as possible, Freedom Foods also counsels other brands in their efforts to incorporate ingredients that would otherwise go to waste.

“It’s pretty common when you are in a green facility, at least, to try to figure out how to minimize the waste going into the environment and maximize the opportunities for complementary products,” said Bacon.

The supply chain challenges of the past two years, when some key ingredients have become unavailable or have fluctuated in cost, may also be driving some food makers to look at upcycled ingredients as a more dependable source of inputs.

Bacon said she sees upcycled ingredients increasingly used in food categories such as enhanced waters, condiments, and snack foods. In addition, plant byproducts such as leaves and stems are increasingly being turned into nutrient-rich powders that can be used in a variety of applications.

‘Explosion of Innovation’ in Upcycled Foods

ReGrained, a company that incorporates the spent grains used in brewing beer into a variety of products and is primarily focused on supplying other manufacturers, said demand for the company’s upcycled product, ReGrained SuperGrain, is growing.

“We are seeing an explosion of innovation,” said Dan Kurzrock, cofounder and chief grain officer, ReGrained.

ReGrained, which was one of the founding companies that formed the Upcycled Food Association, works with companies to help them create products using upcycled ingredients.

“We are a development partner, not a commodity supplier,” said Kurzrock.

Among the 150-plus products that ReGrained’s Upcycled Food Lab is working on include a new bread for a national supermarket operator, various other baked goods, snacks, ice cream inclusions, and carriers such as wraps, pizza crusts and pastas.

“We are really excited about some of the things coming down the pike,” said Kurzrock. “There are products in every area of the grocery store.”

Helping drive the momentum of upcycled foods is the Upcycled Certified standard that the UFA launched, which Kurzrock said helps validate brands’ claims in consumers’ minds.

He pointed to a recent study by research and consulting firm Mattson, which found that awareness of upcycling has been increasing, and that 57 percent of consumers said they planned to buy more upcycled products in the coming year. A little more than half of consumers also said that the Upcycled Certified logo would make them more likely to buy a product. 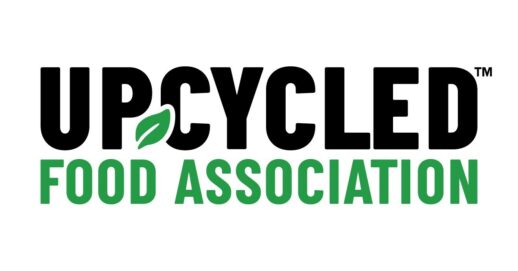 “The Upcycled Food Association is proud to see this acceleration of Upcycled Certified products in the market, as every product prevents more food from being wasted,” Turner Wyatt, CEO of the UFA, told SFA News Daily. “This astronomical growth is a testament to both the climate-fighting innovation that UFA member companies bring to this space and to the fact that these products taste great.”

Another example is the Ugly Pickle Co., which was first featured by the SFA’s Trendspotter Panel at the 2020 Winter Fancy Food Show, where it showcased its rescued produce pickle products as part of Incubator Village. It has expanded its into 5-gallon buckets of its Burger Party Dills, Bread N Buttahs, and Dilly Carrots for foodservice.

“We are just beginning to expand our foodservice presence with these to add to restaurants with burgers, sandwiches, and charcuterie boards,” Kayla Abe, co-founder, told SFA News Daily.

The company has been expanding locally in San Francisco restaurants and wine bars, including newly opened Shuggie’s Trash Pie + Natural Wine, where Ugly Pickles are available in a Fried Pickle Kakiage, or on the Pickle Lady pizza.

Traveling? How To Choose A Pet Sitter

What Is Spirituality In Business?