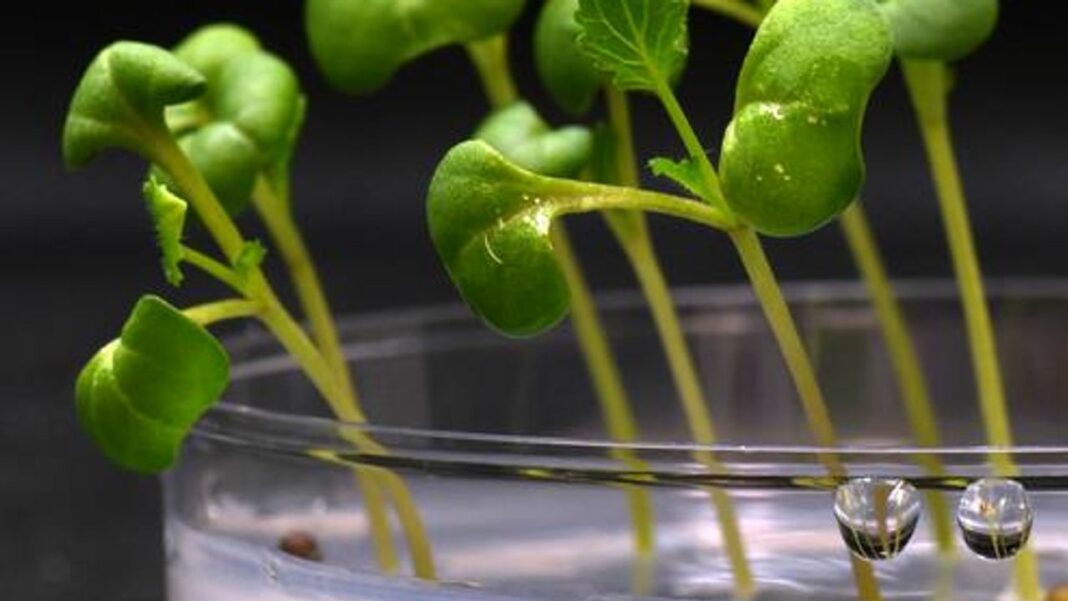 Researchers at UC Riverside and the University of Delaware published an academic paper with Nature yesterday regarding the development of artificial photosynthesis without the use of sunshine to help make food production more energy-efficient, according to UCR News.

The organic process of photosynthesis turns energy from sunlight into plant biomass; however, the process creates inefficiencies, with only nearly one percent of the sunlight’s energy ending up in the plant. Scientists found that photosynthesis could be more efficiently simulated by converting carbon dioxide, electricity, and water into acetate through an electrocatalytic process. The acetate, a component found in vinegar, is then given to plants as food to grow, facilitating growth without the need for sunlight.

“With our approach, we sought to identify a new way of producing food that could break through the limits normally imposed by biological photosynthesis,” the corresponding author Robert Jinkerson, a UC Riverside assistant professor of chemical and environmental engineering, said to UCR News.

Experimentation found that many food-producing organisms were able to grow in the dark directly from the acetate-rich fuel.

The researcher’s food production approach was sent to NASA’s Deep Space Food Challenge where it was announced as a Phase I Winner. The competition awards teams that create unique food technologies that require minimal input while maximizing safe and nutritious outcomes for long-duration space missions. Full Story