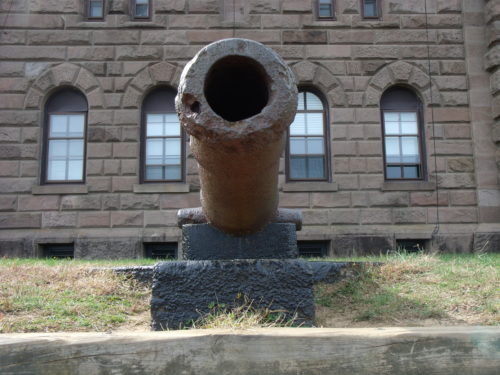 It was 1861.  On February 9th, the Confederate States of America was formed with Jefferson Davis as its president.  On April 12, Confederate forces fired on Fort Sumpter, South Carolina. It was the beginning of the American Civil War. 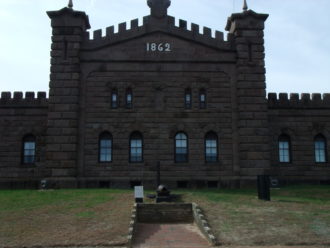 In Highlands, NJ, 62-year-old lighthouse Keeper and father of 9, Joseph Lopez walked the construction site of the new double lighthouse that would replace the current dilapidated wooden structures.  The new lighthouse would, as the other versions, be called Twin Lights and sit atop Lighthouse Road, towering 260 feet above the town and the Navesink River. It would be an imposing structure made of brownstone and reminiscent of a medieval castle.  Its lights would be seen 22 miles out to sea as an aid to navigation. But this day, Joseph would set in motion a mystery that still endures. 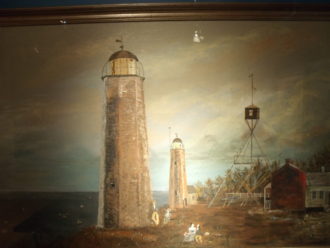 As he toured the construction site, his eyes drifted toward a metallic object protruding from the excavation.  Brushing dirt aside, Joseph Lopez soon realized that he had discovered a cannon. Workers excavated the cannon and hoisted it out of the trench.  Proud of his discovery, Joseph etched his name, in large cartoon-like letters, on the barrel. Next to his name was another etching “1756” with two x’s next to it. 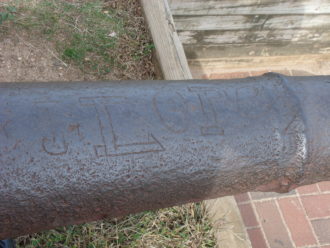 Joseph Lopez would never see the completion of the new Twin Lights, he left the Lighthouse service later that year after the death of his wife Charlotte, moving to Philadelphia to become a storekeeper.  He died in 1864, but his legacy lives on in the “Mystery Cannon” that he found that day in 1861, now on display in front of lighthouse keepers’ quarters at Twin Lights.

No one really knows the true purpose or origin of the cannon.  Thomas Leonard, in his book, “From Indian Trails to Electric Rails (1923)”, speculated that it was cast in Spain, no doubt influenced by Joseph Lopez etching his name on the barrel.  Others suggested that the cannon came from a pirate ship. 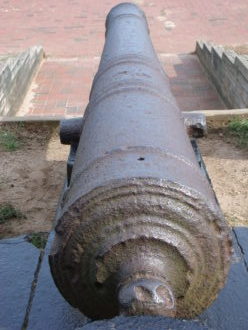 Still others took the “1756” scratched into the barrel as evidence that it was an old Revolutionary War cannon used to defend the town, then called Portland Poynt.  It was also postulated that the cannon was a “Fog Cannon” used to alert ships at sea that there was fog closer to shore.

After 158 years, it is known that the “Mystery Cannon” is a 12 pounder of Dutch or Danish manufacture and probably dates to the mid to late 1600’s.  A similar piece is on display in a museum in Denmark. Further, it is a typical ship’s cannon of the period. These weapons had a flat trajectory with accuracy to about a half-mile.  In most cases, the makers marks on such artillery is near the fuse hole on top of the cannon. In the case of the “Mystery Cannon”, this area is smooth leading to conjecture that it may exist on the underside of the cannon and inaccessible. 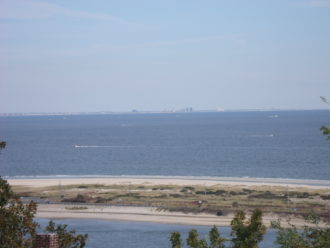 The most compelling legend of the purpose of the cannon does involve pirates.  The story tells of pirates entering the Shrewsbury River through the, now filled, Shrewsbury Cut and making their way down river under cover of darkness to raid the port of what is now Highlands, NJ.  This, it is said, happened so often that the townspeople acquired an old cannon and dragged it up the nearly vertical Light House Road, and stationed it on the site that would become Twin Lights. A guard would fire the weapon to alert the townspeople of an impending pirate raid, as a call to arms.   If this legend is true, it must have been a successful campaign as the cannon was eventually abandoned at its post.

Regardless of the true origins and use of the Mystery Cannon, it is an incredible representative of a bygone era, ornate in design, yet deadly, all the same. 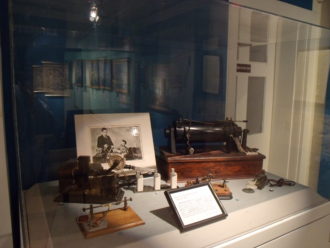 Twinlights is in Highlands, NJ, and is steeped in this country’s history.  For example, On April 23, 1893, the Pledge of Allegiance was recited for the very first time at Twin Lights. In 1899 Marconi performed the first demonstration of his wireless telegraph in the United States.

For more information on Twin Lights, or to plan your visit, go to: