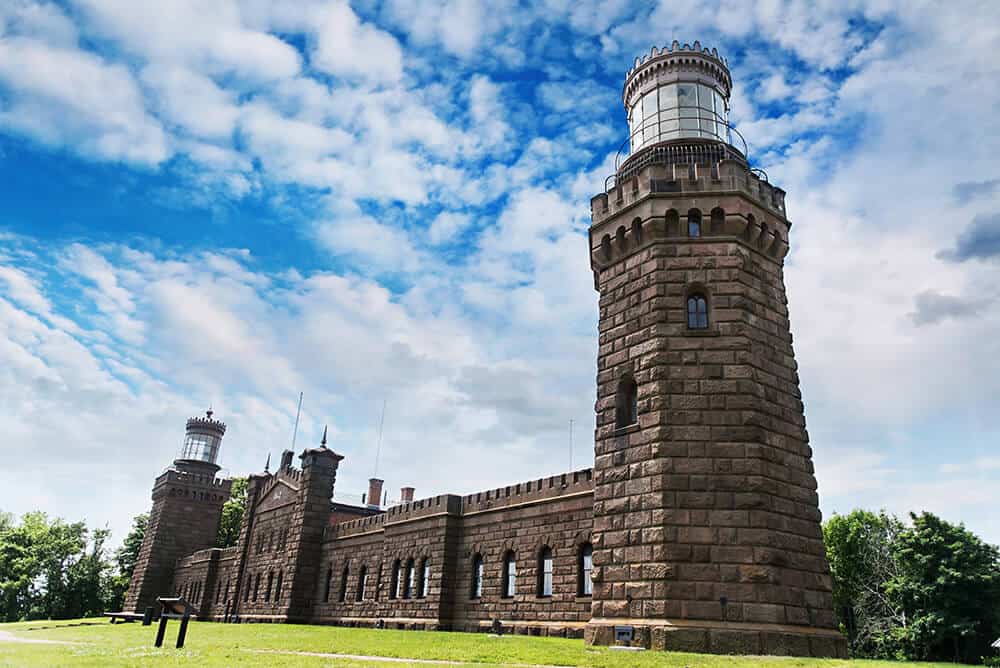 The Twin Lights rise above the Shrewsbury River and are situated on one of the highest points along the East Coast waterways. It overlooks Sandy Hook Bay, the entrance to the New York Harbor and the Atlantic Ocean. 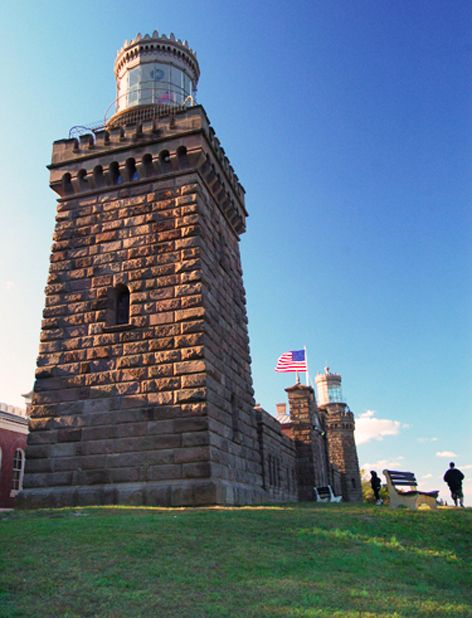 As the name suggests, they are a pair of beacons located 246 feet above sea level on the headlands of the Navesink Highlands. It was once the brightest beacon on the East Coast with its Fresnel lens, and itself a historic landmark for a variety of reasons. 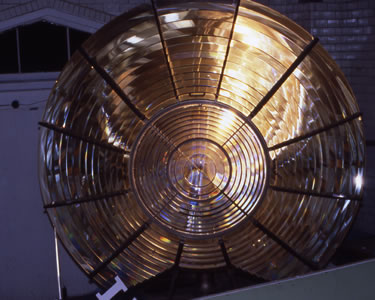 In 1899, Guglielmo Marconi chose the Twin Lights to set up his history-making wireless telegraph. Marconi placed an antenna and receiving station at the lighthouse to demonstrate his Wireless Telegraph. He transmitted messages from a boat offshore, which were then sent to a New York newspaper for publication. These experiments established the commercial viability of wireless communication and provided the foundation for experiments and technology that led to the wireless devices we depend upon today. 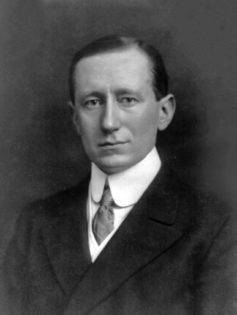 The Twin Lights became the first lighthouse electrically powered. In the 1930s, the Army’s Mystery Ray, what we now know as radar, was tested at the site. Officially known as the Navesink Light Station, the two lights separated by keeper’s quarters were designed to avoid confusion for seamen with the Sandy Hook Light and are not identical twins because of the differences in their shape and operation.

Maintained by the State of New Jersey, and home to both the Friends of the Twin Lights and the Highlands Historical Society, the Twin Lights are open for visiting and climbing several days a week and house a magnificent maritime collection in the Museum located between the towers.