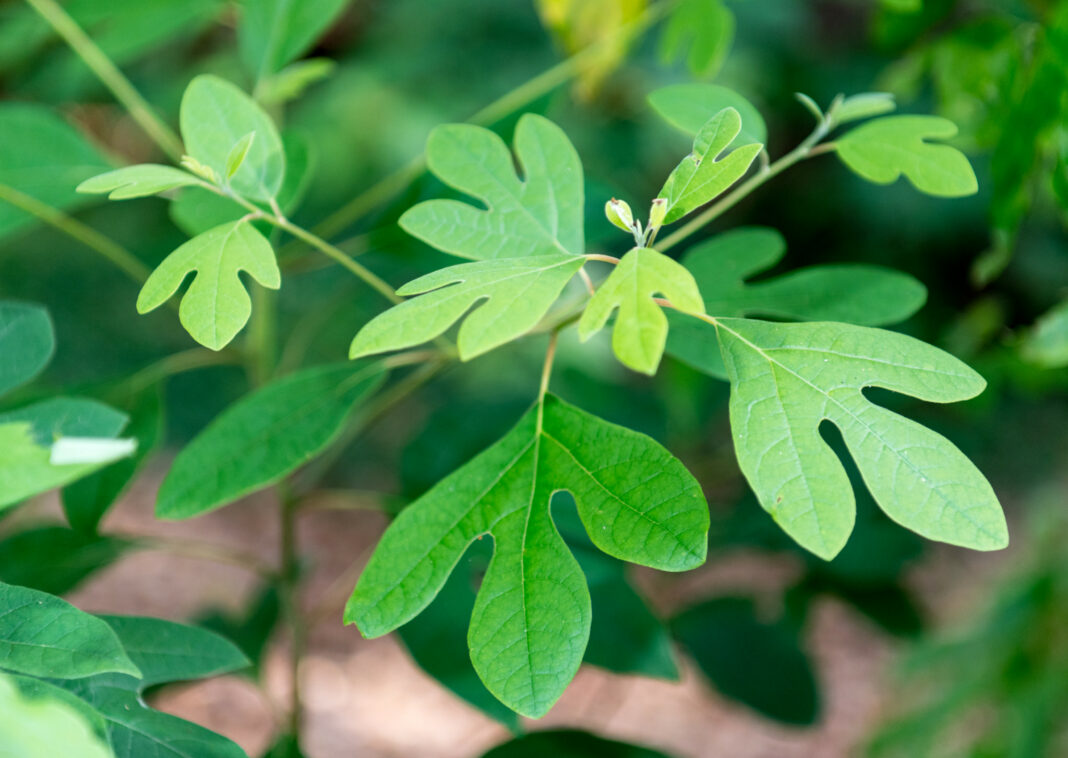 A favorite pastime is sitting out back watching the birds flitting about angling for positions in and around the feeders while chipmunks dart nervously about. Both squirrels and the lil chipmunks constantly kick the birds off the feeders as they zip up Sheppard’s hooks.
Falling yellow leaves hint that sitting out back is soon coming to an end. Have you noticed leaves are indeed odd, different shapes off of the same tree? One oval, one mitten shaped and another shaped like a bird’s foot with 3 toes!

The Sassafras tree is interesting for sure in more ways than one. Native to North America these trees are found from Maine to Florida, out to Texas, Ohio and up into Canada. A member of the deciduous forest, its proper name is Sassafras Albidum. They can reach heights of up to 60 feet, although most we see locally are growing under a huge canopy of oak and pines which seems to limit such growth. I’ve noticed they appear to be a favorite to termites resulting to many dead-standing saplings in Ocean County. 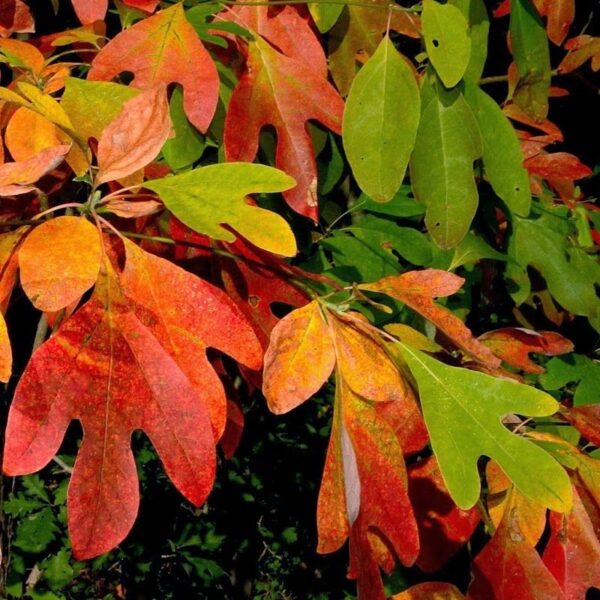 Sassafras, the original main flavor of root beer is usually combined with sugar, molasses, cloves, allspice and cinnamon. Old-time recipes call for collecting and washing, chopping of ¼”- 1” diameter roots or smaller. The roots hold a stronger root beer odor than the rest of the plant. The cut pieces are boiled for about 15 minutes in water which is slightly discolored and referred to as tea. It can be diluted with water while adding the above-mentioned ingredients.
For a bubbly fizz, one old recipe calls for adding some baker’s yeast, allowing to ferment for a couple of days in a capped 2-liter bottle. Sassafras tea is known as a forageable tea. The
following is a recipe from Eat The Planet.
Ingredients:
1 C- Sassafras roots cut into ½” ¼” thick pieces
½ tsp anise or fennel seeds
2 cloves
1 stick cinnamon
4 allspice berries
4 C water
1 C sugar
¼ C molasses
8 C soda/seltzer water
Directions:
Scrub, clean and cut roots. Make sure root bark is intact while
cooking. Fill a pot w/ 4 C water, and place in roots. Add anise
seeds, cloves, and cinnamon & allspice berries. Bring to boil. Once
boiling let simmer for 20-25 min. Add molasses &amp; stir. Simmer 5
more min. Turn off the heat, strain through a sieve or cheesecloth &amp;
add liquid back to the cleaned pot. Add sugar and heat to simmer,
stirring till sugar dissolves. Turn off the heat and allow to cool. Fill
glass with ice, add 1 part syrup to 2 parts soda water & serve. (makes about 8-10 C) 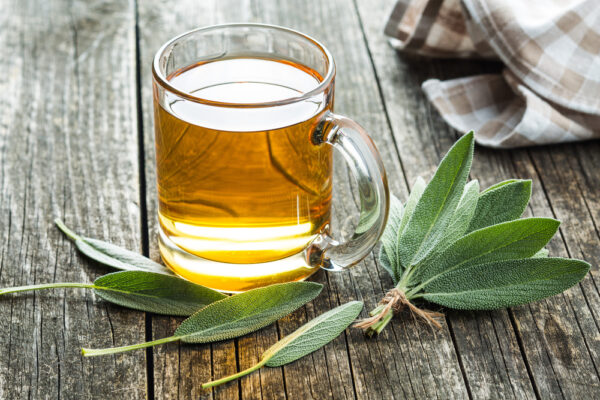 In summer as kids growing up on a dead end, the fields, woods and brook offered endless fun and tastes! We would pull up the baby sassafras trees, rinse off the little roots and
chew them! My Cajun husband’s mom use to make her root beer using a little grocery store-bought bottle of root beer concentrate to which she added water for a non-bubbly drink.
If you love the taste of root beer and sarsaparilla, you’d understand. While reading up on the ingesting, I’m a bit confused. It is written that the unique green bark can be chewed. Old-time Westerns often show folks asking for a sarsaparilla to drink.

However, according to eattheplanet.org, “if large amounts of the concentrated oil from the plant is consumed it could lead to acute poisoning which may seriously damage the kidney
and liver!” Hmmmm, Native American Indians used this amazing tree in many ways medicinally. The oil derived from the trees is safrole, which to my amazement can be used to make ecstasy aka MDMA & MDA. Called the sassafras drug, it is said to have psychoactive properties such as strong sensory stimulation, emotional/mental stimulation and seemingly increases empathy towards others. Both PTSD and anxiety have seen the benefits of this unique substance. 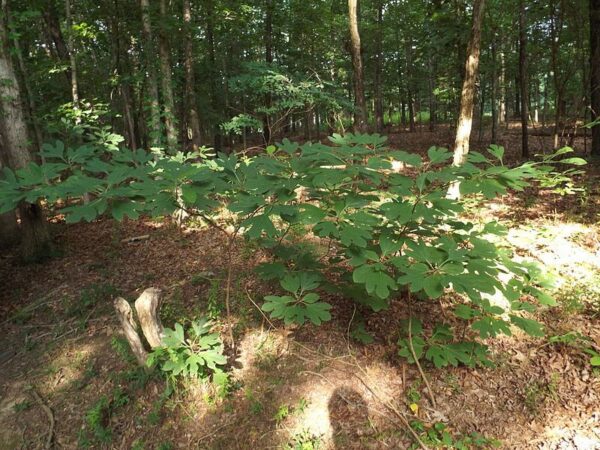 However, due to negative/dangerous side effects, MDMA & MDA are classified in the US as illegal class A substances since 2018.
And….for more confusing data, sassafras holds a long history as a medicine of many uses! History shows its primary use as a blood purifier & mild stimulant tonic which over time improves mood and general health. This “tonic” may also assist in blood detoxification with evidence that Safrole may offer added protection from cancer in humans.

A contradicting government study showed that safrole may be carcinogenic……this may possibly be the case IF consumed in large quantities for long periods. Large amounts of the
concentrated oil could lead to acute poisoning and damage to the kidney and liver….wow, and as kids, we chewed on the little roots all summer!
We always refer to the sassafras trees as weed trees. Hundreds of “volunteers” pop up in about every square inch of my gardens. It is a weekly chore to pull them out. That
being said, to my amusement in perusing FB Marketplace sale items people are actually selling seedings! LOL! Well, they say there’s a buyer for everything! If you’re looking for some, shoot me a text, FREE for the taking!

Next time you see a little sassafras tree coming up, pull it out and do a “scratch ‘n sniff”
on the roots! Next you’ll be craving a glass of icy root beer….how about a root beer float?