The Tuesday Night Burke Burger is Back! 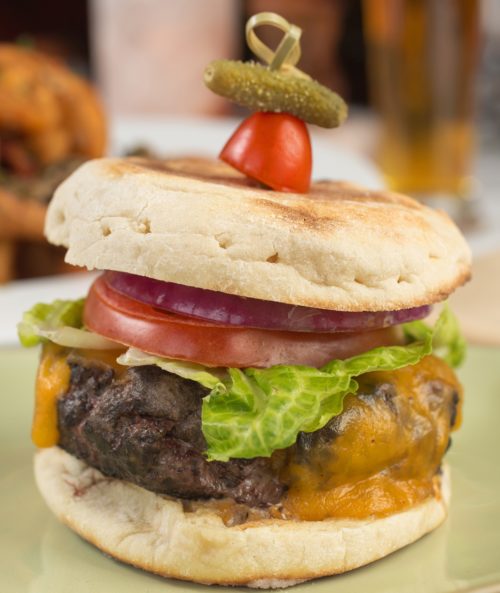 The Tuesday Night Burke Burger is back! Originally made famous at Chef David Burke’s former restaurant, the Fromagerie in Rumson, Burger Night is now available every Tuesday at Burke’s latest culinary venture in Sea Bright, New Jersey, Drifthouse by David Burke. And now this value-added, gourmet burger special is even better than before! It is now available throughout the entire restaurant – in bar/lounge area, the main dining room and outdoor deck – every Tuesday night with live music performed by the area’s favorite musicians! And non-burger lovers can rejoice too! There will be other sandwich options featured – our Drifthouse Burger Du Jour – on Tuesday nights such as a Lobster, Chicken Milanese Sandwich and/or a Veggie Burger. Non-burger sandwich selections will vary each week. The delicious, gourmet, dry-aged burger, or non-burger sandwich, includes a glass of wine, beer or soda, and soup or salad, for $29. 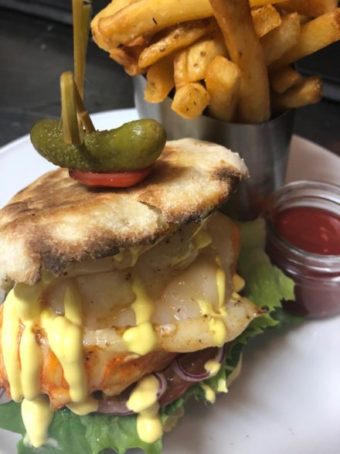 Drifthouse is a partnership with Chef Burke and the Stavola family owners of Driftwood Cabana Club, where the oceanfront restaurant is located. The kitchen is led by Burke’s brother, Executive Chef Robert Burke, the former chef of Ama Ristorante, which was located at the site previously. Drifthouse opened in March of this year and is open to the public year-round.

The décor at Drifthouse is elegant, beach chic with neutral colors framing the magnificent panoramic views of the Atlantic Ocean to the east and the ever-changing sunset views to the west over the Shrewsbury River. Exceptional contemporary works of art from Detour Gallery, Red Bank, and from Chef Burke’s personal collection, are seen throughout the restaurant reflecting the creativity of Chef Burke’s critically acclaimed cuisine.

Chef David Burke is one of the leading pioneers in American cooking today. A graduate of the Culinary Institute of America, Burke’s career is marked by creativity, critical acclaim and the introduction of revolutionary products and cooking techniques. He is the winner of France’s coveted Meilleurs Ouvriers de France Diplome d’Honneur, the only American to ever achieve this honor, and has also won the Nippon Award for Excellence from the government of Japan, for overall skill and technique.  He has appeared on several TV shows, including Bravo’s Top Chef Masters, and has received a US patent for his pink Himalayan salt dry-age technique for steaks.

Drifthouse also can accommodate private dining for social and business events for up to 150 guests and there is outdoor dining on the deck during warmer months. Complimentary valet parking is available.