The Starfish and the Christmas Tree 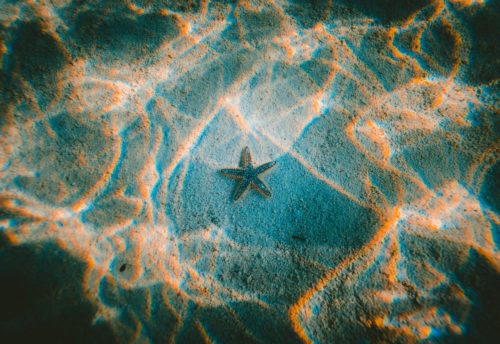 A wonderful and a unique original Christmas Story that children will love! 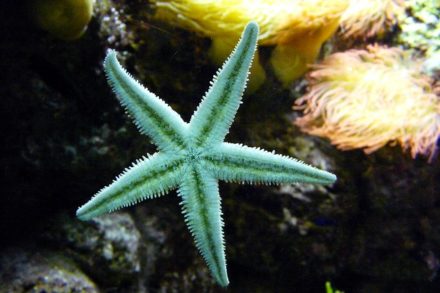 “Oh, come on,” said Sandy Starfish, “everybody’s doing it. Why can’t we?”
“It’s simple,” said Charlie Carp, “we’re fish. And we live under the water.” “But it sounds like so much fun!” Sandy continued. “I hear all the kids on the water’s edge talking about it all the time at this time of year. It would be something different for all of us to enjoy if we could just do it here.”
“What is it that you’re talking about,” asked Tommy Tuna as he swam by, “what would be so much fun?” “A Christmas tree,” said Sandy happily, “a Christmas tree under the water. Filled with all kinds of pretty ornaments and bright lights. Just for a few days around Christmas.” “Well, I think I have to agreed with Charlie’s “Tommy said, “It might be a nice idea, but really, Sandy…a tree under the water?”
“We could do it, Sandy persisted, “we could do it if we really tried. Why don’t we at least try?”
Several schools of fish were swimming by and joined in the discussions. Most of them agreed with Charlie and Tommy. It just couldn’t be done.
Frank Fluke was the only exception. “I’ll bet we could do something, Sandy,” he volunteered, “you always like a challenge and besides, you’re right, this does sound like a lot of fun. If you start it, I’ll help.”
“So, will we,” said Pete and Patty Porgy, “you lead the way and we’ll call in cousins and friends from the seven seas to help. It would be nice if we all got together anyway.”
“Now you’re really being silly,” Said Milly Manatee, “you’re up here in the Atlantic Ocean where it gets really cold in winter; there are those of us who can’t take the cold and need to stay in warmer waters. As it is, I’m overstaying my visit here and have to leave immediately.” 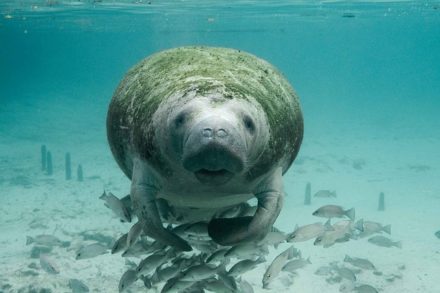 Sandy wasn’t deterred by any of the negative comments about her idea. “I just know it will work,” she said, “because it’s for Christmas. And the Christ Child will create the miracle that will make it all possible, since all we want to do is celebrate His birthday. I know it will work,” she insisted. And she swam off, looking for others to share her ideas.
Sandy spent the next few days sending messages with all the fish who were heading to warmer waters for the cold months. .” Spread the word wherever you go,” she told them, “and tell them not to worry about the temperature. I just know it will be ok.”
It wasn’t long before Sandy was getting messages from all over the world. Many of the South American fish wanted to be here, some angel fish said they’d be there, the Tetra family…the Neons, the Cardinals the Emperors, even the Glowlights…said they would all provide the lights for the tree. The red swordtails said there were talking with the Butterfly Loach family and they thought their pretty golden color would be a nice addition. Mr. Timothy Tiger Barb said he would be part of the tree and he had contacted the Rainbows.” they all have such funny names, “he said, “but they want to be part of our tree.”
Sandy was getting happier by the day. Her dreams were going to come true. Members of the Fish Family were coming from all over the world and they should have a wonderful Christmas.
“What will we do for ornaments,” Annie Angel asked. “Well,” Sandy explained, “we fish are all so many beautiful shapes and colors. We could create our own decorated tree just by all of us being on it. 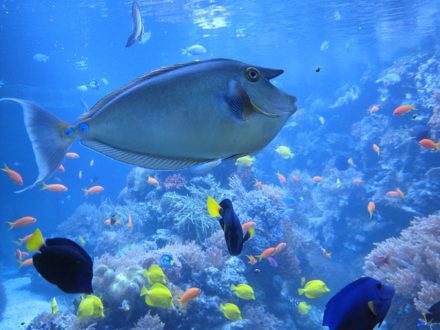 “What will we do for a tree? “asked Milly Mandarin, “I like your idea about the ornaments. I think the Puffers and the Butterflies will make beautiful ornaments.”
“Sally Sea Horse told me about this wonderful Florida seagrass,” Sandy said, “I think that would look delicate and beautiful. We just have to watch the manatees, “she giggled “they like to eat it:”
“Thad’s good!” said Bobby Boxfish. “then once Christmas is over and all the fish swim home, the manatees can have a feast of their own before heading back! I like it!”
“With the cool temperatures the only concern, Sandy set about calling in some more fish from both warm and cold waters to be part of the celebration. “This will be the best Christmas ever!” she laughed.
As it Christmas grew closer, Sandy still didn’t have an answer to the temperature problem. Until one day, Grandpa Angelfish, well known for his great wisdom, came over to her and said, “You know, you believe in miracles. And it is Christmas. I think the warmth of all of us together and the joy we would be spreading throughout the sea, the happiness we will bring to the schools of fish who just stop to visit…I think that will make the water warm enough, so all the fish will be comfortable.”

“You’re an angel!” said Sandy, clapping her fins, “you’re the smartest angel fish in the kingdom!”
With everyone having faith in Grandpa Angelfish’s predictions, plans got bigger and better and more fish from all over sent word they would be there. The Sea Horse family said they would all perch on the sea grass as ornaments; the Puffers were delighted to be included, the Butterflies said they 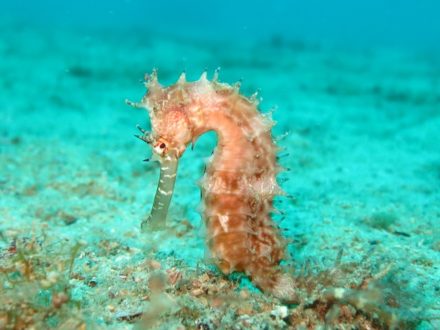 would bring all their very colorful cousins and all would be the decorations. The Tetras said they would provide the lights with a variety of brilliant colors; the Torpedo Bars, the Red Swordtails, the Tiger Bars, they all said they could add their own colors to make it a beautiful tree. The Clown Plecos, a most friendly fish, said their stripes would go nicely with the golden colors of the gentle Butterfly Loaches.
When the day finally arrived, and all the fish had gathered, Grandpa Angelfish whispered to the Puffers, who passed it on to the Tetras, who passed it on to the Manatees, who told the Boxfish and, so it went until everyone knew the idea Grandpa had. 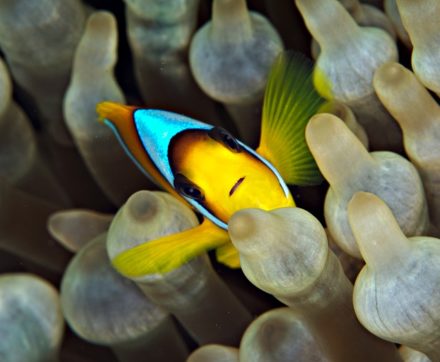 Just as the stroke of midnight, everyone gathered abound Sandy and the tree and each admired the color and beauty each species was bringing to the entire picture. “Oh, look!” said Sandy, just a little dismayed, “with all our planning we never thought of something for the top of the tree. And look at it, it’s empty!”
Not so, a chorus of Clown fish cried out. Then suddenly, a school of fish gathered around Sandy, and with a might shout, picked her up and tossed her to the very top.
“You’re the one that though of all this,” Grandpa Angelfish said, “you’re the one who brought us all together and who had the faith to know that a miracle would happen. Just as the Star of Bethlehem led believers to the Christ Child, you, Sandy Starfish, led all of us to be happy together, to appreciate each other’s differences, to show how when we all work together we can shine new light on the world. It’s only right that you should be the decoration at the top of our Christmas tree.” 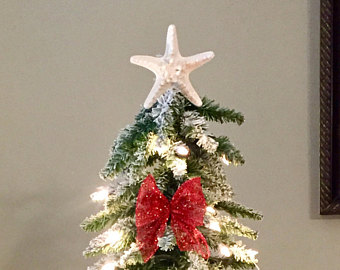