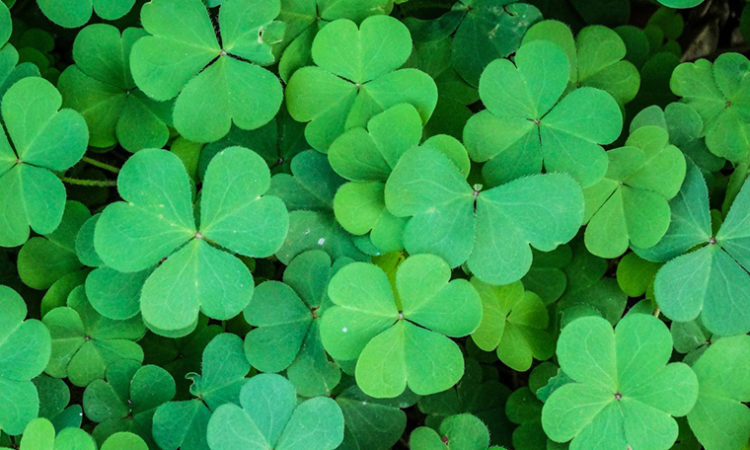 Celebration begins soon at the Jersey Shore as St. Patrick’s Day approaches. This festive holiday is woven into the culture here including having our very own Irish Riviera in Spring Lake. I was curious about the origin of the man and how exactly shamrocks became the associated icon. 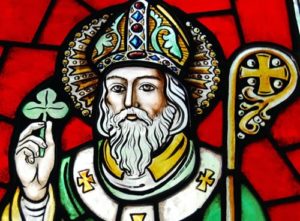 Saint Patrick’s Day is celebrated each year on March 17th. In Ireland, this is both a holy day and a national holiday. Saint Patrick is the patron saint of Ireland as he was the one who brought Christianity to the Irish.
According to legend, Saint Patrick used a shamrock to explain God.

The shamrock, which looks like clover, has three leaves on each stem. Saint Patrick told the people that the shamrock symbolized the idea of the Trinity, that in the one God there are three divine beings: the Father, the Son and the Holy Spirit.
Ireland chose the Shamrock to be its national emblem. Similar to England’s Rose and Scotland’s thistle, the shamrock is an iconic symbol of Irish heritage and culture. It appears on the flag of Erin Go Bragh, meaning “Ireland Forever” and can be found on the uniforms of Irish sports teams, and on the tail of the national airline, Aer Lingus.

Any Saint Patrick’s day event anywhere in the world is incomplete without it. The three leaves of a shamrock are also said to stand for faith, hope and love. A fourth leaf is where we get the luck from. The four-leafed clover, or “lucky clover”, is an uncommon variation of the three-leafed clover, and widely considered to be a symbol of good luck. Because they are a mutation, they are rare, and not found in the same abundance as the shamrock. That’s why they are considered lucky. The traditional Irish symbol of a shamrock does not include the fourth leaf.