The Historic Lure Of The Beach At Long Branch Art Exhibit 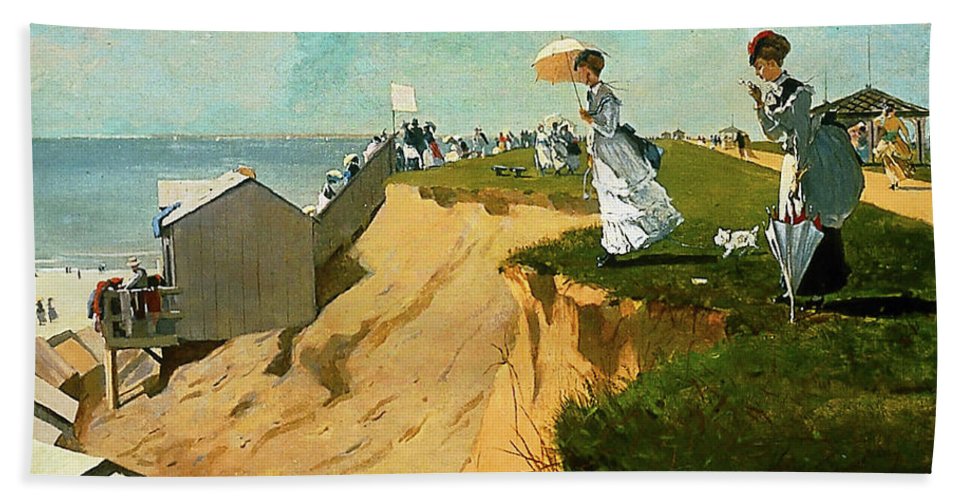 A new exhibit is now open at the Long Branch Arts and Cultural Center and will be up until March 25.

Called “Lure of the Beach at Long Branch,” it highlights the golden age of Long Branch in the late 19th century.

The show exudes nostalgia for a Jersey Shore era that is long gone but nonetheless reminds us that Long Branch was once the summer resort capital of the nation. 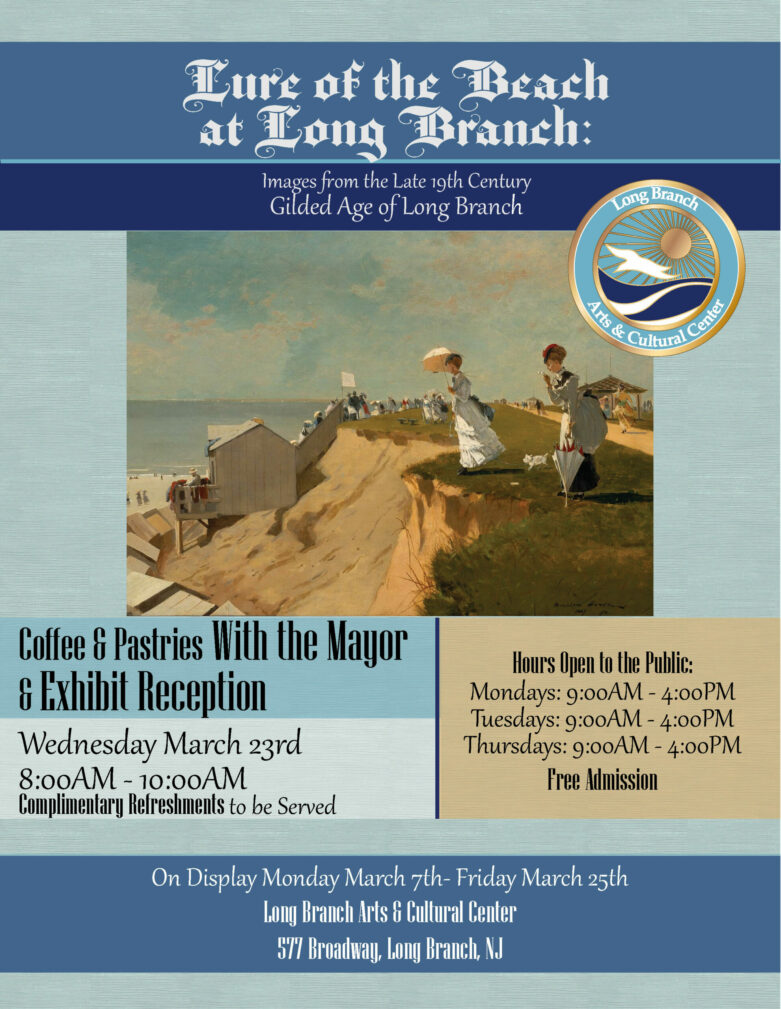 The Long Branch beach in the late 1800s attracted tourists to swim in the ocean and socialize or simply stroll along the bluff in front of the oceanfront hotels. Newspapers after the Civil War, such as “Harper’s Weekly” and Frank Leslie’s “Illustrated News” included scenes by artists like Winslow Homer and Thomas Nast, which promoted the good life in Long Branch during the Gilded Age.

One wall shows the influence of French artists on American artists who depicted Long Branch. The French Impressionist movement began on the coast of Normandy at the same time that Long Branch was America’s foremost seashore resort.

Three prints by Winslow Homer are showcased on the wall next to the safe in the center’s former bank building. The most famous, titled “The Beach at Long Branch,” by Winslow Homer, featured the artist formally dressed in a top hat, while his girlfriend, whom he met in Long Branch, draws his initials in the sand.

This one-of-a-kind exhibit is not one to miss. https://www.longbranch.org/artscenter