The Atlantic Cinema To Reopen 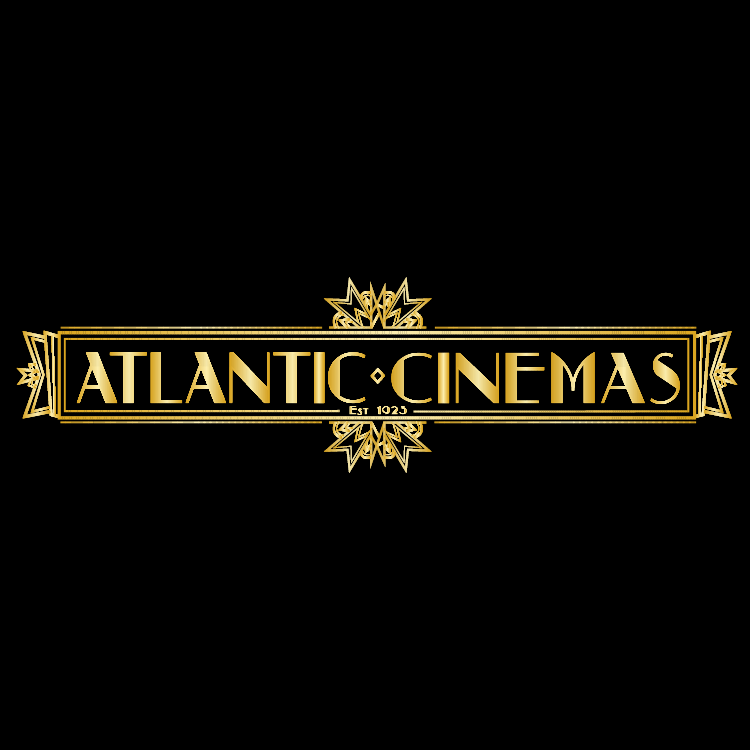 The Atlantic Cinema on First Avenue will be re-opening on Oct. 15,  former Mayor and owner Fred Rast announced this week. “We’re taking it in small steps to ensure we have everything as perfect as possible, but we’re moving forward,” he said.

Rast, who has owned the historic theater with his wife Mickey for nearly ten years, said the couple has decided to reopen after studying and implementing extreme precautions and care after the closure of the five theater complex in keeping with government orders for all movie theaters in New Jersey last March due to the Covid-19 pandemic.

“We are thrilled to announce we are working with local business owner David Wickersham and his team at First Call PPE and PPM Site Services,” Rast said.  “Located on First Avenue, First Call has been actively cleaning and disinfecting the coronavirus from Washington DC to New York City and has used every product and process available.”

Rast said the firm will be treating Atlantic Cinemas theaters, restrooms, counters and seats with their BIOGLOVE surface disinfectant. The product is applied with a misting spray gun (fogger) that not only destroys human coronavirus, and other pathogens including bacteria, mold and fungi, then leaves an active barrier from additional infection for up to 28-days.  “BIOGLOVE has also generously donated their 12-hour hand microbial defense spray and convenient touchless dispensers for our patrons to apply as they enter the theater,” Rast continued.  For more information visit:https://www.firstcallppe.com/ 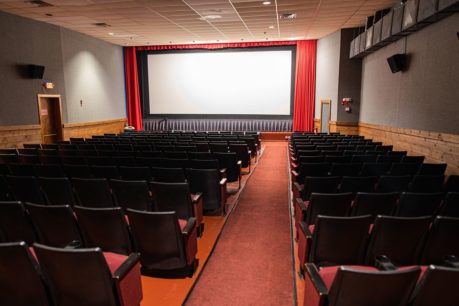 The theater owner said he and Mickey are operating the Cinemas differently and have built a small stage in screen #1, where there will be small concerts, puppet shows, and comedy shows. The screen will be used for classic movies and screenings of local filmmaker movies. The same venue can also be used for all types of special events.  Screens in theaters 4 and 5 in the complex will be primarily used for parties at times convenient to the clients, who are invited to contact Rast for in-depth discussions of their needs. Theater 4 is also designed for PowerPoint presentations, including the opportunity for businesses to conduct specialized training.

Theaters two and three will continue to be used for current movies available.

“Our entire staff has been trained and will follow all CDC guidelines,” Rast said, expressing his joy in bringing the entertainment venue back to the historic location.  “This has been a staple in our community for almost 100 years, and we aim to continue to keep it that way.”

While declining to identify which film will be the first featured in the main theater at the complex, Rast said there are several changes that will also be taking place over the next few months to capitalize on the number of theaters within the complex and offer a variety of both film and live entertainment.

“We’ve had some live entertainment in some of the theaters in the past,” Rast said, “and the popularity of them leads both Mickey and I to know they are not only very popular but also sought after by a large audience.  We’ll be able to offer that once again once we reopen.”

Rast confirmed that well-known movie personality Troy Burbank of Leonardo will certainly be included in the new theater programming.

Burbank has been involved in filmmaking since he was a youngster and was an extra in a Mickey Rourke film in the 1980s. However, he switched gears and went into boxing as a teenager, had eight professional fights, and many amateur championships before retiring from that career when he was 32. He then produced “Clerks 2”, written and directed by former Highlands resident Kevin Smith followed by a series of other films of his own creation, which he did for 13 years under Troy Burbank Films.

Among those was  “White Trash Cribs,” a seven-minute short film inspired by the MTV series “Cribs.” He then co-founded Leonardo Boyz Productions and the new team produced a full-length horror film, called “The House at 831,” which was shot in Leonardo. Rast has long been a supporter of the company that shoots all its films locally and employs local residents in all aspects of the production.

“We’re going to move slowly and get it right from the start,” the former Mayor said. “But we’ve seen how so many closures have not only impacted small businesses in our communities but also have robbed our residents of the entertainment everyone needs to take the stress away and have relaxing entertainment available safely and close at home. We’re going to provide that.”

Rast said he will announce the premiere film to be offered Oct. 15 and will have it posted in the showcases in front of the First Avenue complex.  Interested persons can also visit atlanticcinema.com to keep up with all the entertainment and productions that will be on stage and on film.

Traveling? How To Choose A Pet Sitter

What Is Spirituality In Business?