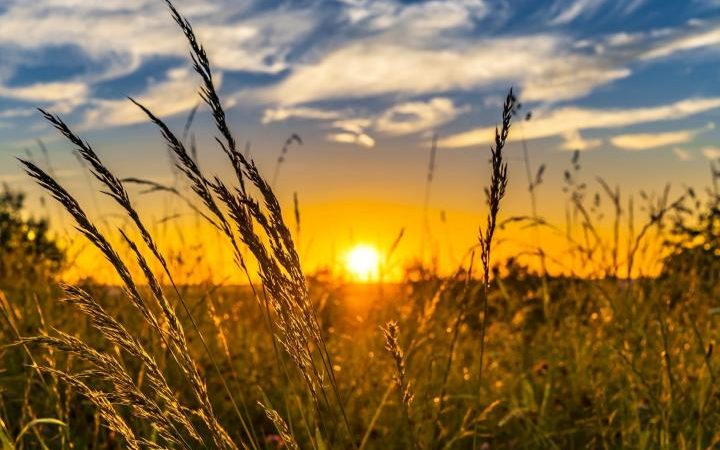 In 2020, the June solstice occurs on Saturday, June 20, marking the start of summer in the Northern Hemisphere. Here’s everything you need to know about the summer solstice—the longest day of the year!

In the Northern Hemisphere, the June solstice (aka summer solstice) occurs when the Sun reaches its highest and northernmost points in the sky. This event marks the start of summer in the northern half of the globe. (In the Southern Hemisphere, it’s the opposite: the June solstice marks the start of winter, when the Sun is at its lowest point in the sky.)

WHEN IS THE SUMMER SOLSTICE?

In 2020, the June solstice is Saturday, June 20, at 5:44 P.M. EDT. This date marks the official beginning of summer in the Northern Hemisphere, occurring when Earth arrives at the point in its orbit where the North Pole is at its maximum tilt (about 23.5 degrees) toward the Sun, resulting in the longest day and shortest night of the calendar year. (By longest “day,” we mean the longest period of sunlight.) At the June solstice, the Northern Hemisphere receives sunlight at the most direct angle of the year.

Note: In the Southern Hemisphere, the June solstice marks the beginning of winter.

CELEBRATE THE START OF SUMMER WITH AN ECLIPSE

An annular solar eclipse will occur on the weekend of the solstice, beginning just before midnight (Eastern Time) on Saturday, June 20, and reaching its maximum point at 2:40 AM EDT on the 21st. Annular eclipses are very similar to total solar eclipses, but instead of covering the Sun completely, the Moon only covers most of the Sun, leaving a thin, shining ring—called an “annulus” or “ring of fire”—around the Moon’s dark shape.

This eclipse will NOT be visible from North America, but can be viewed from parts of Europe, Africa, Asia, and Australia. If you’re not in one of those areas, don’t worry! You can watch the eclipse live on YouTube starting at 1:00 AM EDT on Sunday, June 21, here: Annular Solar Eclipse Livestream

WHAT IS THE SUMMER SOLSTICE?

The word “solstice” comes from Latin solstitium—from sol (Sun) and stitium (still or stopped), reflecting the fact that on the solstice, the Sun appears to stop “moving” in the sky as it reaches its northern- or southernmost point (declination) for the year, as seen from Earth.

After the solstice, the Sun appears to reverse course and head back in the opposite direction. The motion referred to here is the apparent path of the Sun when one views its position in the sky at the same time each day, for example at local noon. Over the year, its path forms a sort of flattened figure eight, called an analemma. Of course, the Sun itself is not moving (unless you consider its own orbit around the Milky Way galaxy); instead, this change in position in the sky that we on Earth notice is caused by the tilt of Earth’s axis as it orbits the Sun, as well as Earth’s elliptical, rather than circular, orbit.

Does the Solstice Always Occur on the Same Day?

The timing of the June solstice is not based on a specific calendar date or time; it all depends on when the Sun reaches its northernmost point from the equator. Therefore, the solstice won’t always occur on the same day. Currently, it shifts between June 20, 21, and 22.

The Summer Solstice is the day with the longest period of sunlight. Notice how the Sun appears highest in the sky at the solstice; its rays strike Earth at a more direct angle, causing the efficient warming we call summer. Because the Sun is highest in the sky on this day, you’ll notice that your shadow (at local, or solar, noon, not clock-time noon) is the shortest that it will be all year. [Local noon is when the Sun crosses the local meridian (an imaginary line between the North and South poles) and is highest in the sky for the day.]

For those who live in the Southern Hemisphere, this is the shortest day of the year.