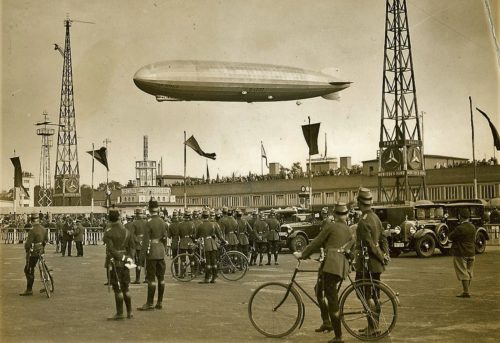 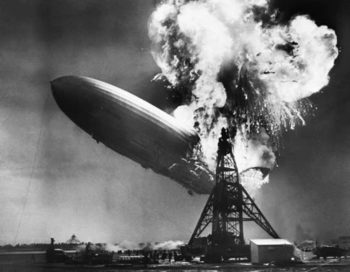 One of the most famous tragedies in Ocean County history is the Hindenburg airship catching fire at Lakehurst, May 6, 1937. The news gripped international headlines and images of the fiery destruction live on in the era’s souvenir postcards and in a notable Led Zeppelin album cover. But at the time, investigators could not pinpoint the cause of the disaster that claimed 36 lives – 35 onboard and one crewman on the ground – of the some 90 passengers that day. Though not the deadliest of tragedies, the incident captured hearts worldwide and confidence in travel by hydrogen blimp and dirigible plummeted soon after, with the words “Oh the humanity!” from the day’s newscast forever associated with the tragedy.

Now, the hangar the Hindenburg used is a national historic site that is part of the Lakehurst Naval Base on Joint Base McGuire-Fort Dix-Lakehurst. It is accessible to the public, but only if you sign up weeks in advance for a scheduled tour, since it sits on an active military base. Memories of the tragedy reportedly still manifest in some ghostly ways. There’s been tales that you can hear voices shout “She’s afire!” outside the hangar, and the groans and creeks of the huge metal hangar and its rafters lead to a spooky feeling. 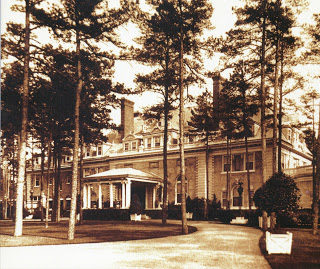 Several “robber baron” era millionaires built mansions and summer homes in Ocean County, and while many of these elaborate buildings fell into disrepair, were given to the public trust, or had to be demolished, one famously would become part of the Georgian Court University campus in Lakewood. The university, with its focus on Catholic ideals and women students, was built out of a gift to the Sisters of Mercy from the estate of George Jay Gould. George’s father was railroad tycoon Jay Gould. In 1896, Gould bought the Lakewood property which was touted for its “health benefits” being among the pinelands and cedar and proximate to the ocean. The Goulds – George, his wife and six children – called the estate Georgian Court for the period architecture it was built with in mind. Though sold to the Sisters of Mercy in 1924, much of the estate still remains intact, comprised of original buildings rumored to be linked by secret underground tunnels.

The historic facets are not just in the architecture — the people who lived there have become the subject of tales told, such as wife Edith who died suddenly on the estate’s golf course in 1921, or the famous guests that were hosted as part of the social scene of the time. However, some of the tales are of spooky sightings at Georgian Court. Strange lights bobbing and a haunting feeling are reported around a tree that is sectioned off on the campus, gated off by wrought iron, bent at an angle. Others say Edith’s ghost haunts the site where her prized rose garden once was, and that you can unexplainably smell roses in that building. The university hosts special historical lectures that serve as a tea time or other social event that Edith would have hosted, to remember her and share history of the time. Check out the Georgian Court University calendar to catch the next one.