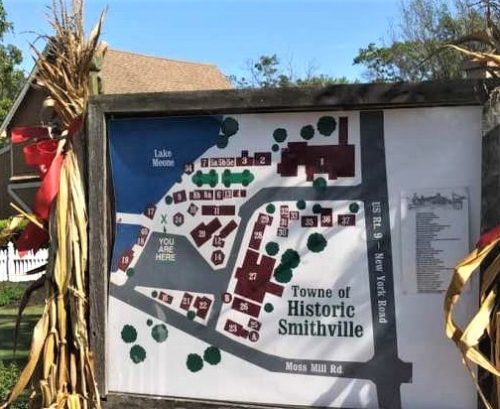 Last weekend I went to an art festival in the historic village of Smithville. The village is in Galloway Township, about twenty miles west of Atlantic City, and entering it makes you feel like you’re stepping back in time. 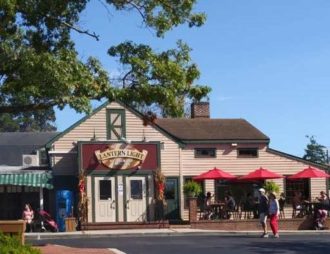 I came in through the southern entrance, where if you look to the right you’ll see the Lantern Light Tavern. One of two bar/restaurants in the village, it’s a little more modern than its counterpart the Smithville Inn (indicated by #1 on the map above and built in 1787.) 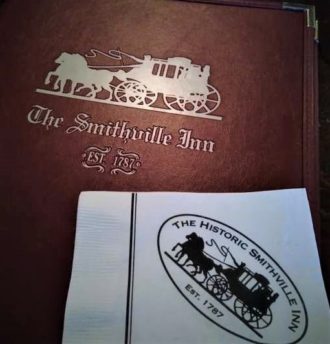 Passing the Lantern Light brings you into the heart of the village, where one’s eyes can’t help but go astray. There’s bakeries, antique stores, coffee shops, wine tastings, pizzerias, jewelers, bait and tackle shops– all housed in colonial-style buildings, adding to the feel of being in the revolutionary era. 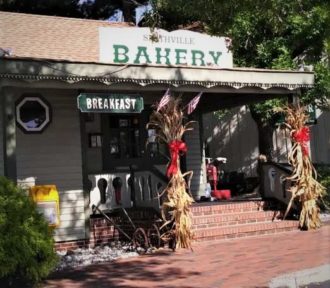 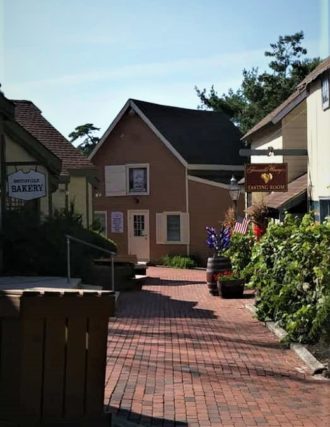 Northwest of the main village is Lake Meone, which offers paddleboat rentals and distant views of the neighboring stores. It was a good place to escape from the crowds for a bit. 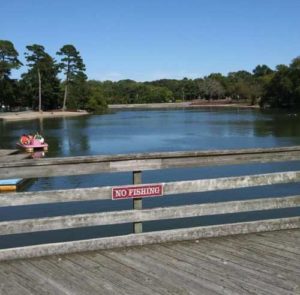 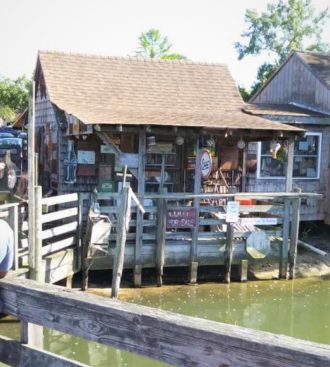 They also offer lodging in Smithville. At the other end of Lake Meone is a hotel called the Colonial Inn, with an old-fashioned water wheel spinning in the water behind it. 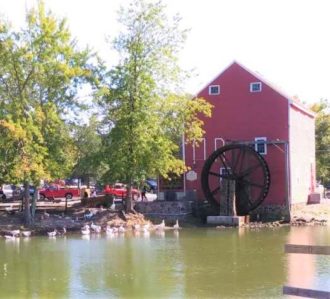 To top it off, there was a miniature railroad train that brought you in a circle around the Village Greene section of Smithville (west of the lake, not shown in the map above.) For a $2 fee, you can keep the kids happy with that alone. 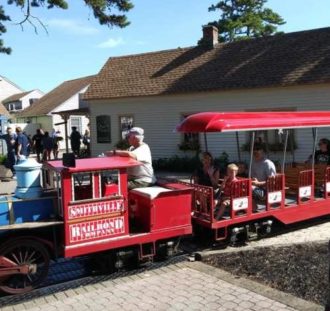 Last but not least was my reason for being there: the art festival. Its vendors came in such varieties that I barely know where to begin. There were paintings, portraits, pencil drawings, tie-dyed posters, automobile illustrations, and other items for sale that I couldn’t even identify. I’ll just let the ensuing photographs describe the rest. 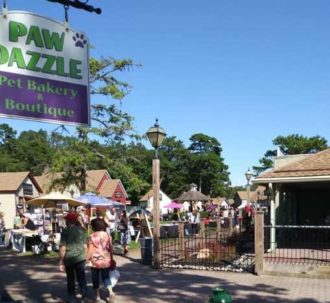 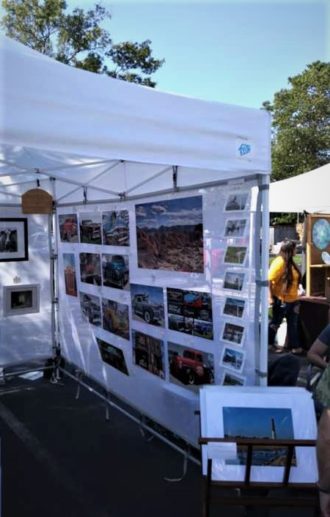 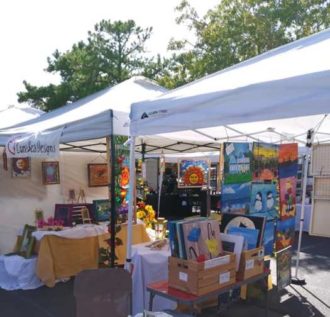 On the way out, I went to the Lantern Light just to see what the inside was like. Though it has only been open since 1997, it still did a good job replicating what the inside of a 1700’s tavern would look like. 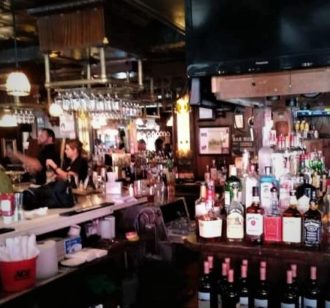 Unfortunately, they were having a private event in the restaurant area so I could only get a picture of the bar– which led to me staying for a drink as I went through all of my snapshots.

Best of all, the historic village of Smithville is open year-round. I hear it’s a very popular spot around Christmastime and am curious to go back sometime around then.