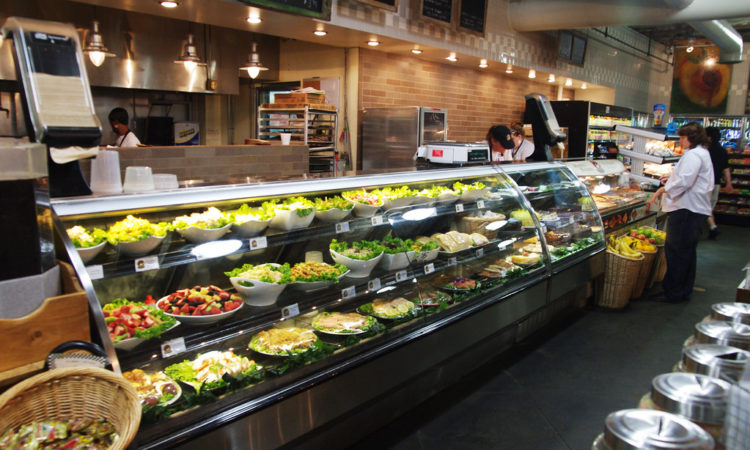 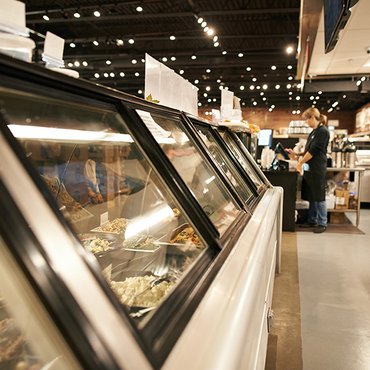 Food retailers’ in-store bakeries and delis experienced a steep drop-off in sales in late March as many supermarkets closed or limited these departments to reduce interaction between workers and shoppers during the coronavirus pandemic, according to a report from International Dairy Deli Bakery Association.

“A lot of retailers closed the full-service counters, the buffets, the ready-to-order items, etc.,” said Anne-Marie Roerink, president of research firm 210 Analytics, in a webinar on the report. “That really impacted deli meat, deli cheese, as well as deli prepared.”

Citing data from IRI, the IDDBA report said deli prepared foods sales were down 37.2 percent for the week of March 29, compared with the comparable period from a year ago, after seeing some sales gains earlier in March as consumers were stocking up. Some categories lost virtually all of their sales volume, such as prepared soups, which were down 93.5 percent as retailers closed down their self-serve soup and salad bars.

Many retailers began offering their prepared foods in refrigerated, grab-and-go formats, but those sales have tapered off as well.

“Now that people are fully stocked at home, we’re actually seeing a little bit of a contraction of trips,” Roerink said.

She noted that consumers were likely shopping multiple stores and making multiple trips during the second and third weeks of March because many items were out of stock.

“The above-average increase in both packaged luncheon meats and packaged cheese is a sign of increased demand, but also shoppers looking to speed up their store visits,” said Angela Bozo, education director with IDDBA, in the report.

In the service bakery, reduced demand for party items such as cakes and pies took a toll, and, with many bakeries closed, consumers shopped the packaged bakery aisle for staples such as bread and rolls, as well as comfort foods such as cookies and crackers.

In-store bakery sales fell 20.5 percent for the week ended March 29, vs. a year ago, while sales in the bakery aisle rose 15.3 percent.

For the most part, the dairy department continued to perform well throughout March, with sales up more than 60 percent in both the second and third week, compared with a year ago, and still up 22.2 percent in the week ended March 29. Butter, eggs, natural cheese, and processed cheese all saw strong, lasting sales gains, which Roerink attributed in part to more people baking at home.

“Growth would likely have been even higher if it wasn’t for stock-outs and purchase restrictions for items such as eggs and milk,” said Abrielle Backhaus, research coordinator with IDDBA, in the report.

Some of the suggestions Roerink offered for retailers during the webinar:

With young children out of school, college students back in the fold, and parents working from home, demand for groceries can be expected to remain high, the IDDBA report concluded. However, sales may be tempered by skyrocketing unemployment and looming economic uncertainty, which could lead consumers to trade down to less expensive items, such as private labels, and hold off on some more expensive purchases. Consumers are also likely to remain wary of crowds in the stores, and will likely try to get through their shopping trips as quickly as possible, if they don’t transition completely to online ordering.