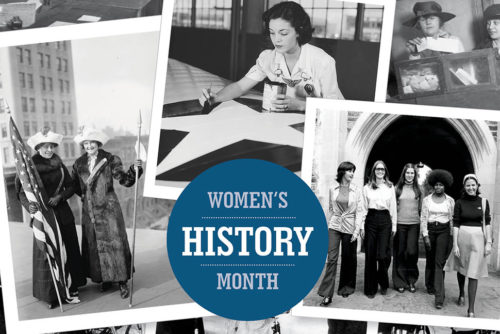 SHREWSBURY – Carol Simon Levin, author, historical impersonator, librarian, and master storyteller, will bring her story of feminine Pickets and Persistence to the Eastern Branch of the Monmouth County Library on Saturday, March 24, at 2 p.m. The public is invited to attend this free presentation, and no reservations are necessary.

Levin, a member of the NJ Storytelling Guild, the NJ Library Association and the Society of Children’s Book Writers and Illustrators, will present “Pickets and Persistence: American Women’s Fight to Win the Vote.” Her program is presented to honor Women’s History month in March.
Levin will portray Jeannette Rankin, American’s first female member of Congress, and the only female Congress member from Montana. She served two non-consecutive terms, the first from 1917 to 1919, and the second from 1941 to 43. She also made history as the only member of Congress to vote against America’s entry into WWII after the bombing of Pearl Harbor. 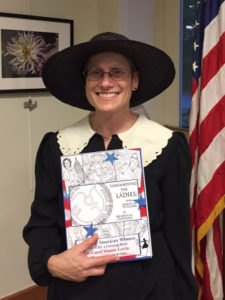 Her presentation will include a variety of stories on women’s suffrage activism as well as their war service and the political calculus that gained women the support of President Woodrow Wilson, Congress and state legislatures leading to the passage of the 19th amendment which gave women the right to vote.
Levin is recognized for her living history presentations in a series of programs entitled “Telling Her Stories: Fascinating Women History Forgot.” Through these presentations, Levin depicts women and tells their stories on a broad spectrum of subjects and achievements ranging from women who helped build the Brooklyn Bridge to women in political history.

The Eastern Branch library is also highlighting a number of books related to Women’s History on its display stands throughout the month. Also featured are book displays on traveling and seeing the world.
For further information on this and all other programs at the Monmouth County Library, visit https://www.monmouthcountylib.org/.