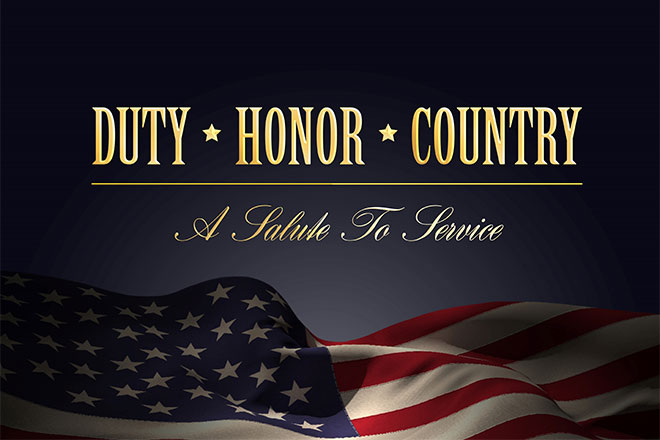 On a day set aside to honor all veterans, there’s one veteran in this community, who at one time was called “The Lone Ranger, ” who stands out particularly in 2020, the 75th anniversary of the end of World War II.

Anthony Bucco, former soldier, a former aide in General Douglas McArthur’s office, former Highlands Councilman, and always husband, father, grandfather, and gentleman, deserves special recognition not only for his nonagenarian status, but for his wisdom, advice, and undying pride in his country. 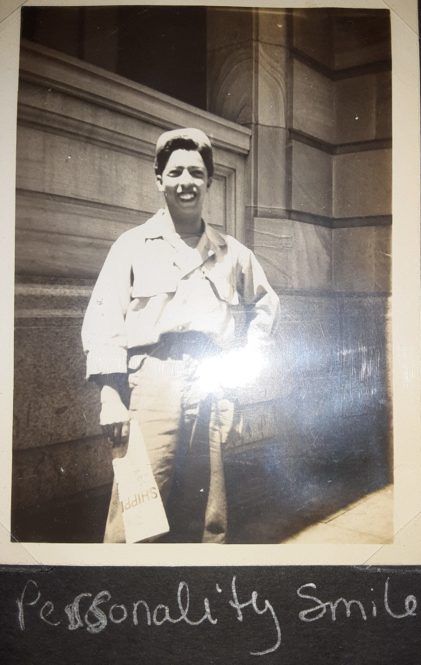 The son of Italian immigrant parents who brought up their 11 children with pride in their adopted nation and taught them the need to always contribute towards making it better, Tony was one of six brothers who served in the military during World War II.  Larry and Tony both served in the Army, Joe in the Navy, Frankie and Russell in the Air Force, and Bobby in the Marine Corps.  The Bucco men were a force onto themselves.  Their other brother, Billy, was deferred since he and his wife had seven children.

For Tony at age 95, the dates are still starkly memorable. He was sworn into the Army on May 28, 1943, reporting to Fort Dix the beginning of June of the same year. Within four days, he was on a train to  Macon, Georgia, after a week, to another train from Macon to Fort Ord., California, the beginning of a 22-month career in a fighting army. By December 1943, Tony, who had never been away from home, was on a converted merchant trip en route to Australia.  He laughs about it now, but three times he was supposed to go to New Guinea, once in response to his troop being summoned to take down a squadron who were maintaining a  radio station on the hill and endangering movement at sea. That trip was canceled because a team of American and Australian troops had already taken care of it.

Tony, who served as a clerk in the Army, was assigned to General Douglas McArthur’s office in Australia and was familiar with the entire complex under the General’s command there because his work involved his moving around a lot. Big in heart, big in personality and big in bravery, Tony is a diminutive man physically, so much so that they had to custom make his uniform to ensure his perfect appearance in the General’s command.

It wasn’t all work, though, and in free time, Tony was popular with the young ladies in Australia, both native and American, because of his dexterity on the dance floor. Even today, he can smile and recall happy memories as he pores over a photo album filled with photos of many of the girls who enjoyed a foxtrot or jitterbug to live music with the lithe pint-sized American soldier.

It was March of 1945 when McArthur and his crew, Tony included, were transferred to the Philippines, and the Highlands soldier remained there after the war ended in August and troops began the long looked-forward trip back home. For Tony, that happened in December, when he once again boarded a ship for the cruise back to California. From there it was a train to  Fort Monmouth, then finally that long yearned for train from Little Silver Railroad Station to Matawan and home. In fact, Tony, and all five of his brothers all safely made it back to New Jersey, only Larry showing long term damages.  He had been a  combat engineer and was frostbitten during the Battle of the Bulge.  It was some 20 years later before Tony met and married Carole, moved to Highlands and the couple had five children, now along with 10 grandchildren. 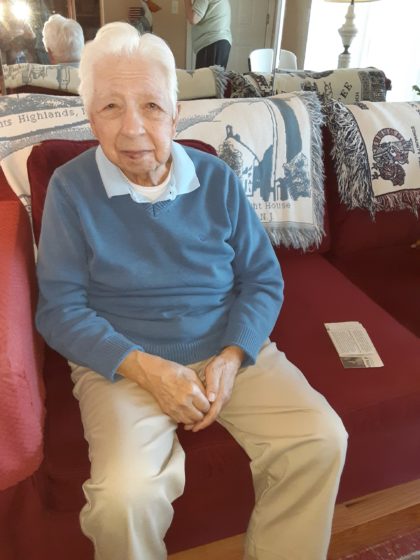 Not through with devoting the war years to his country and its people, Tony became known as the Lone Ranger when he was elected to the Highlands Borough Council in the 1960s. Working with Mayor Neil Guiney, and councilmen Sonny Vaughan and John Rodgers, Tony often disagreed with their political and other views and gained the title for his insistence on always doing what he felt was the right thing for the borough.

Healthy, hearty, still keeping up on political happenings, Tony and Carol look back on his war years. His happiest memory of those years overseas, seeing new continents and nations?  He smiles quietly and quickly answers, “ Coming back home and seeing my mom.”