Preview Presentation For The Bradley 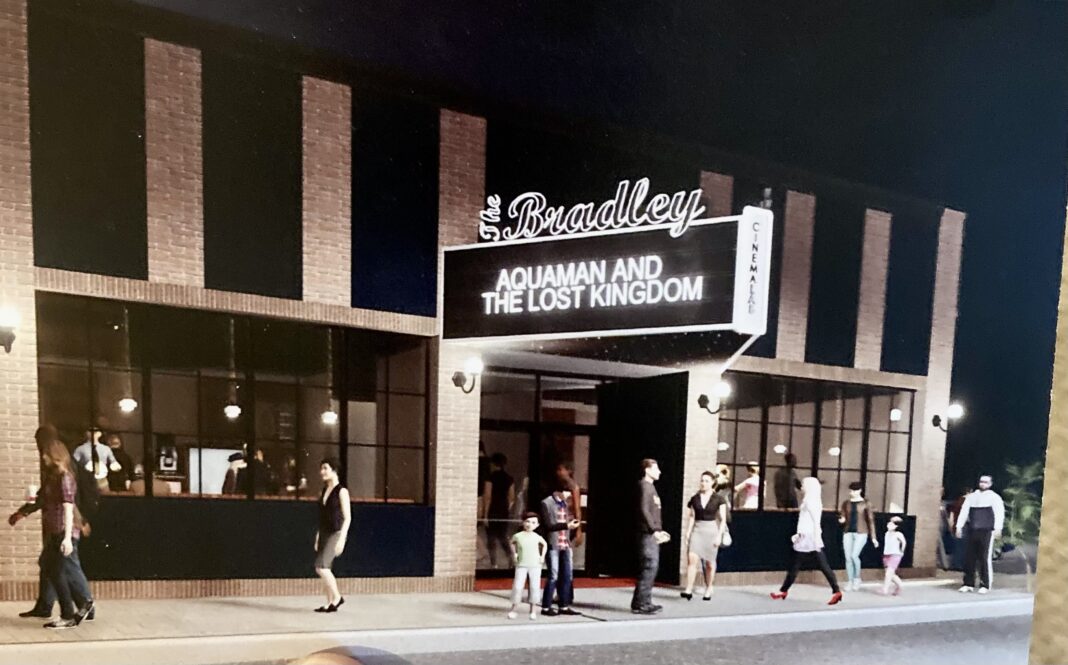 This past weekend, I went to an event at the historical movie theater in Bradley Beach. There was a presentation by a company called Cinema Lab that specializes in theater development and management. They recently acquired the property, and what they plan to do with it is quite extraordinary.

The building itself has an interesting backstory as well. Originally called The Palace when it opened as a vaudeville theater in 1915, it evolved into showing silent films in the late 1920s. Since 1976, it has been famously known as Beach Cinema and became the last single-screen movie theater in Monmouth County to operate full-time throughout much of the 20th and 21st century.

Its owner John Esposito sold the building in 2018, with the intent of keeping it a theater. As someone who operated it for over forty years, he made good on his promise to himself when he got acquainted with Mike Sodano and Nancy Sabino (former owners of The Showroom in Asbury Park.) They bought Beach Cinema, but like so many other businesses they struggled to stay afloat during the pandemic and unfortunately had to shutter its doors in the spring of 2020. 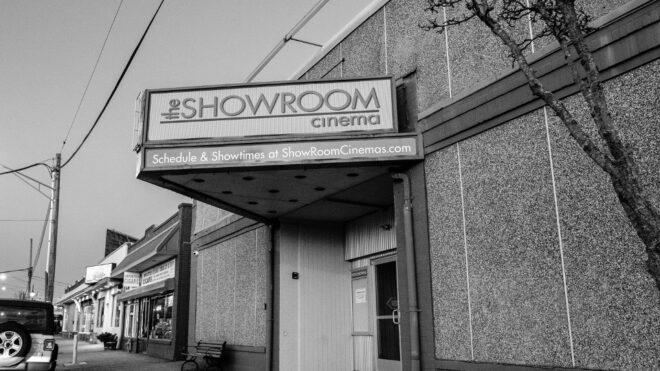 The theater remained vacant and unused for the next two years until Cinema Lab’s associates caught wind of it. Each of them spoke at the presentation I attended over the weekend: their chief executive officer Luke Bowles, their chief marketing officer Brandon Jones, along with board members Heidi Sirota and Arianna Bocco.

Their plan is to divide the large theater room in half, where one half will be converted into a single theater and the other half will be split into two smaller theaters. With three theaters in total, the smaller ones will face the lobby area while the bigger one faces the rear of the building. 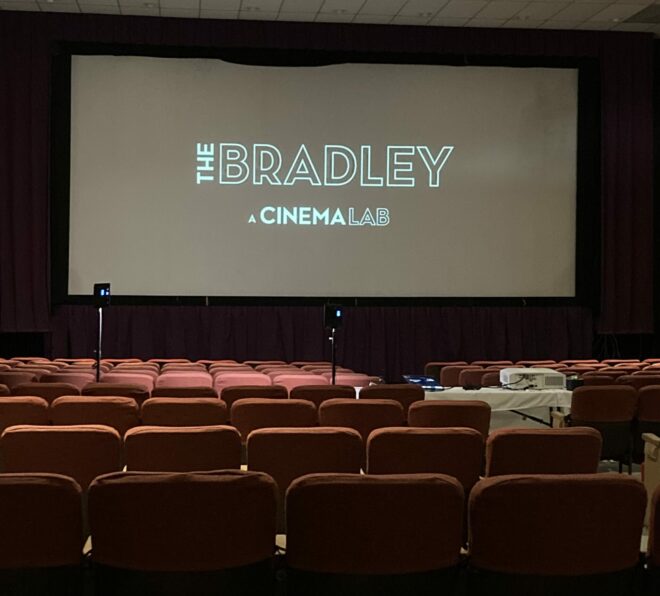 To top it off,  Cinema Lab also acquired a liquor license as part of the project. They plan to build a bar up front near the lobby, and they’re putting long rectangular windows in so passersby can peek inside while walking down Main Street. There will be a concession room too with standard movie snacks, but the owners don’t wish to compete with Bradley Beach’s downtown restaurants.

Renovations are set to begin in the summer of 2022, with a goal of opening to the public in time for the Christmas season. This establishment will be called The Bradley, and is sure to add a new memorable chapter to the property’s colorful history.

At Cinema Lab’s presentation, their staff mentioned how streaming has replaced cable TV but not movie theaters. We have access to every music platform imaginable but still go to concerts. We can watch football games at home but stadiums are still packed. This is the same concept they plan to utilize with their vision of The Bradley.

If there’s one thing I gathered from meeting these ambitious individuals, it’s that the movie cinema business is making a comeback. And it’s coming back stronger than ever.