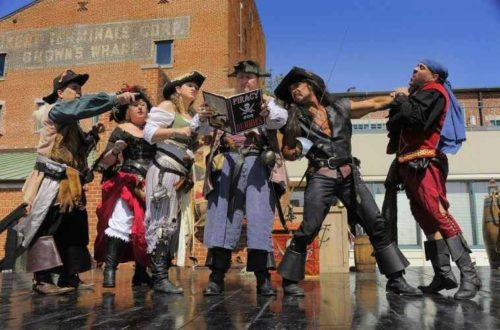 ARRR Matey! A-KATCH Entertainment presents the Red Bank PIRATE TAKEOVER! Put on your eye patch and grab your bandana because the PIRATE TAKEOVER is coming to Red Bank on Saturday, September 28th, 2019. Get dressed in your pirate best and join us for a family-friendly event calling upon pirates near and far to converge in Marine Park at 1 pm with an afterparty across the street at Red Rock Tap & Grill (Pirate Takeover Headquarters) starting at 4 pm. 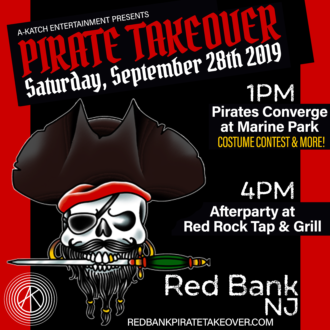 Red Bank is one of the best spots to revel in the pirate era as the Navesink River has a rich history of pirates and bootleggers, including the famous Captain Kidd. From Pirates of the Caribbean to Captain Hook, people have long loved the allure and excitement of pirates. You likely know someone with a strong pirate fascination. Inner pirates are everywhere waiting for their moment to emerge. And their time is coming soon at the Red Bank PIRATE TAKEOVER.

From 1 pm -4 pm at Marine Park there will pirate-themed entertainment for all ages including a costume contest, pirate-themed music, live theatrical and historical performances from the renowned Valhalla Pirates, a pirate-themed inflatable obstacle course race, face painting, and surprises. For the adult pirates, the PIRATE TAKEOVER continues with an afterparty at Red Rock Tap & Grill starting at 4 pm with live performances from The Wet Bandits and a closing set by DJ Johnny Katch.

Admission is free to both the family-friendly PIRATE TAKEOVER in Marine Park and the afterparty geared toward adult pirates at Red Rock Tap & Grill.

The first of many, the Red Bank PIRATE TAKEOVER sets out to be an annual event that will grow year by year. The goal is for everyone who loves pirates to come together and have a great time. We encourage everyone to come out in costume. Pirate culture is alive and well and this will be an exciting event for people to express their inner pirate and come to town for all Red Bank has to offer. 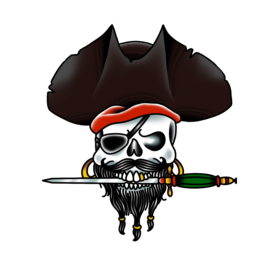