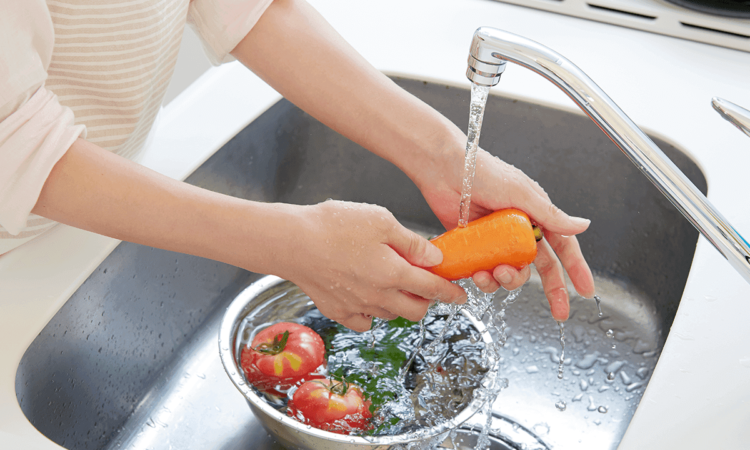 By Carol Wilson ~
Every day, we are exposed to toxins in our environment, from the food and water we consume to the air we breathe and the products we use. The good news is our bodies have built-in detoxification systems to help neutralize and remove these potentially harmful environmental toxins. The primary organ responsible for detoxification is the liver, which converts fat-soluble toxins into water-soluble waste products. These waste products can then be eliminated from the body via the feces, urine, sweat, and respiration.

While our detoxification systems can handle normal exposure to toxins, overexposure, or accumulation of toxins in the body can contribute to a number of chronic health conditions, including immune dysfunction and autoimmune disease, cardiovascular conditions, neurocognitive conditions, cancer, and metabolic conditions such as obesity and diabetes.

What are environmental toxins?

Environmental toxins are natural compounds or man-made chemicals that can negatively impact human health if toxic levels are consumed or absorbed.  As the name implies, these toxins can be found in your environment. They may be found in items you use every day, such as plastic, cleaning products, cosmetics, and food. Understanding the types of environmental toxins and their potentially harmful effects can help you minimize your exposure and reduce your risk of associated health concerns.

Environmental toxins may be present in everyday products, including food storage containers and personal care products. Keep reading to learn more about common toxins and their potential health implications.

Bisphenol A, or BPA, is a commonly used chemical in the manufacturing of polycarbonate plastics, epoxy resins, and polyvinyl chloride (PVC).

Common sources of BPA include:

Individuals may be exposed to this chemical through food as BPA can leach from beverage and food containers. This process is accelerated if the food or beverage is highly acidic or basic. Inhalation of BPA can also occur from off-gassing of consumer products.

BPA has been shown to interact with estrogen receptors in the body and induce hormone-disrupting effects.  More specifically, BPA exposure may be associated with certain endocrine hormone disorders in both men and women, including infertility, early secondary sexual maturation, breast and prostate cancer, and polycystic ovary syndrome (PCOS). 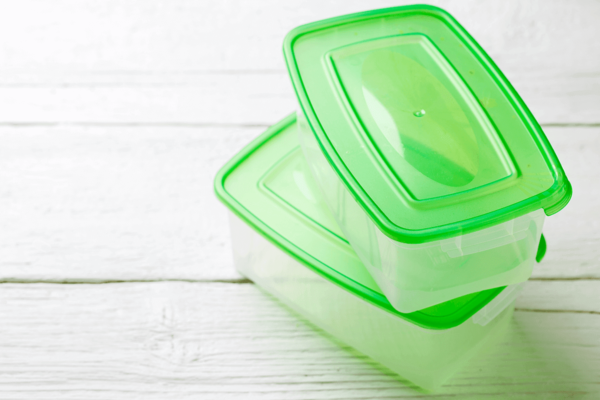 Phthalates are primarily used as “plasticizers” in the manufacturing of plastics and other products to improve flexibility, elasticity, and resiliency.

Phthalates may be found in:

One of the most common plasticizers, Di-ethylhexyl phthalate (DEHP), is used extensively in medical devices.

Although phthalates are rapidly metabolized and excreted in the body, they are also susceptible to leaching and can be released into the air, dust, and food.  This has raised concerns over phthalate exposure, as these chemicals are now classified as endocrine-disrupting compounds.  Phthalates have also been found to play a potential role in a number of reproductive, thyroid, immune, and metabolic conditions.

Parabens are used as preservatives in:

Parabens have been detected in:

Considering parabens can be absorbed dermally (through the skin) and may reach the bloodstream, there are concerns over paraben use, particularly in personal care products and cosmetics.  Parabens have also been detected in human fluids and tissues, including breast tissue. This finding, along with the potential estrogenic effects of parabens, has led to the hypothesis that parabens may be associated with breast cancer.

Pesticides, insecticides, herbicides, and fungicides are commonly used to eliminate and control undesirable pests and weeds in agriculture.

People may be exposed to pesticides and herbicides through:

Pesticides have been linked with cancer, as well as neurological, reproductive, endocrine, respiratory, and immunological conditions.  Glyphosate, the most commonly used herbicide, was identified by the World Health Organization’s International Agency for Research on Cancer (IARC) as a “probable human carcinogen”, an agent that can cause cancer.  The use of glyphosate has also resulted in glyphosate-resistant microorganisms, which has led to the hypothesis that chronic, low-dose exposure to glyphosate may lead to glyphosate-resistance in bacteria, changes in the body’s own microbiota, and antibiotic resistance. However, more research is needed in this area.

Exposure to heavy metals found in our food, water, and environment may be a result of natural soil erosion and weathering of human industrial and agricultural activities. While consumption of some metals like iron or zinc in small amounts is necessary to maintain healthy bodily function, acute and chronic heavy metal toxicity can contribute to oxidative stress and has been associated with numerous health conditions.

Arsenic can be found in contaminated air, food, and water. Sources of arsenic include pesticides and fertilizers, paints, dyes, pharmaceuticals, and soaps. Chronic arsenic exposure can contribute to skin lesions such as pigmentation and keratosis. Arsenic toxicity has also been associated with cancer, as well as neurological, pulmonary, and cardiovascular conditions.

Identified as highly toxic and carcinogenic, the use of lead in products such as paints and gasoline has significantly decreased in recent years. However, individuals may also be exposed to lead through other contaminated environmental sources such as cosmetics, toys, contaminated soil and drinking water, and industrial emissions. Chronic exposure to lead has been associated with allergies, weight loss, muscular weakness, paralysis, kidney damage, and brain conditions such as autism, dyslexia, hyperactivity, and psychosis.

Cadmium, a highly water-soluble metal, has many industrial uses including the manufacturing of coal, mineral fertilizers, batteries, plastics, and metal coatings. It’s also found in tobacco products, increasing the risk of cadmium toxicity in smokers. Cadmium has been identified as a Group 1 carcinogen and exposure to excess cadmium may contribute to the kidney, skeletal, and lung damage.

Considered one of the most toxic heavy metals, mercury can be found in some foods and beverages, particularly in fatty fish. As a result, the United States Environmental Protection Agency (EPA) suggests minimizing the consumption of seafood from highly polluted bodies of water.  Sources of mercury may also come from the pharmaceutical, agriculture, caustic soda, and paper and pulp industries. Mercury toxicity has been linked to impaired kidney function and brain conditions such as depression, tremors, fatigue, and memory problems.

Aluminum can be found in food, drinking water, and pharmaceuticals. Symptoms of acute aluminum toxicity include arthritis and joint pain, ulcers, rashes, nausea, and vomiting. Long-term aluminum exposure can impact lung and nervous system function and has been identified as a potential risk factor for Alzheimer’s disease.