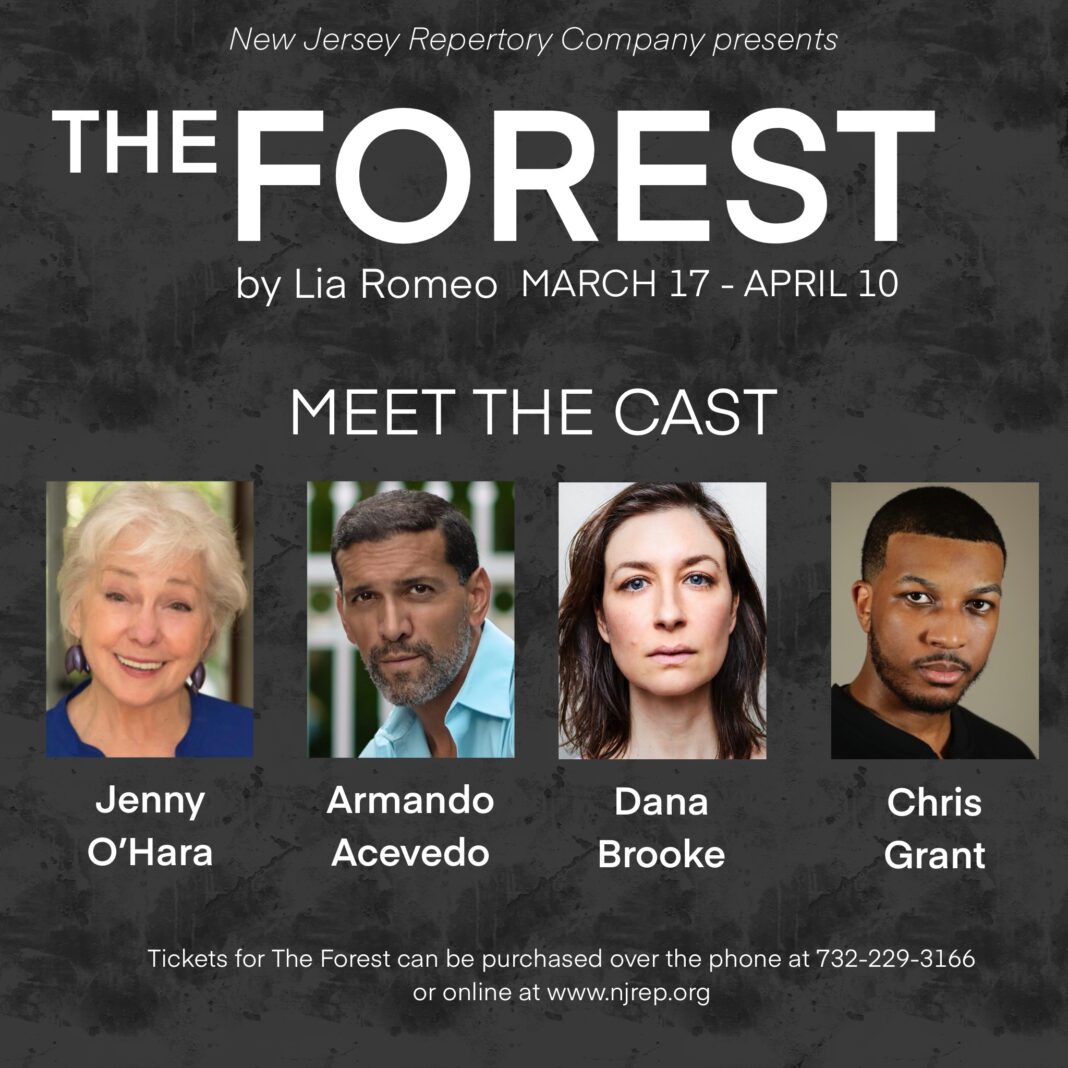 What to do when life gives you lemons? – Build a forest in your living room. A play about life, love, and fairytales. Juliet (Brooke) is going through a messy divorce and finds herself back home with her eccentric mother (O’Hara), who is going through a crisis of her own. Add to the mix a single dad, who is a former actor, now a caregiver (Acevedo), and a senior High School student (Grant) trying to find his way, and you get a play that is funny, poignant, and magical.
The Forest will grow in your hearts.
Please be advised, in order to maintain a safe space for our audience and our staff, we ask that all patrons provide proof of vaccination, and masks must be worn.
The Forest

Jenny O’Hara, is delighted to be a part of this wonderful new play at NJ Rep. She is a veteran of both stage and film with credits spanning five decades. Some of her recent television appearances include recurring roles on Transparent, The Mindy Project and The King of Queens, as well as guest-starring roles on Perry Mason, The Good Doctor, This is Us, The Kids are Alright, Chicago Fire, and American Housewife to mention a few. She has starred on Broadway in The Odd Couple (female version), The Iceman Cometh, Promises, Promises, The Kid, and The Fig Leaves are Falling. She made her Broadway debut in Dylan with Alec Guinness. Her film credits include Killing Eleanor, just released on Amazon and Apple TV+, Devil, Matchstick Men, Mystic River, Angie, Career Opportunities and Heartbeat. She is a member of Ensemble Studio Theatre in NY and Ensemble Studio Theatre LA. So far, so good!

Armando Acevedo, is happy to be joining the New Jersey Repertory Company in their world premiere of Lia Romeo’s The Forest after participating in several readings of the play at Florida Studio Theatre in Sarasota. He recently appeared as Pablo in Native Gardens at Gulfshore Playhouse in Naples, as Bill in Mamma Mia! at American Stage in the Park in St. Petersburg, and as Amir in Gable Stage’s acclaimed production of Ayad Akhtar’s Pulitzer-winning Disgraced in South Florida. He has also played multiple doctors, lawyers and detectives on Telemundo and Univision. The Miami native received his graduate degree in theatre from the California Institute of the Arts and is a proud member of Actors’ Equity Association.

Chris Grant, is an up-and-coming actor who is enrolled in the Equity Membership Candidate Program and has recently obtained a Bachelor of Arts Theatre degree at Kean University. Notable on-stage credits include Darnell King in Premiere Stages’ Brick City. He also played many roles at his alma mater Kean University as Lucius in Jesus Hopped The A Train and Lucien in Boys Next Door. He had recently won Premiere Stages’ Senior Endeavor Award for writing and wished to continue creating great work and inspiring the masses. To see more you can visit ChrisGrantActing.Com.

Lia Romeo (Playwright), is a playwriting fellow at the Juilliard School. Her play The Forest
was developed at the O’Neill Playwrights Conference. Her play Sitting and Talking, starring Dan Lauria and Wendie Malick, premiered at Mile Square Theatre, and has subsequently been presented by Laguna Playhouse, New Jersey Rep, Seven Devils New Play Foundry, and other companies. Other plays have been produced off-Broadway at 59E59 and regionally around the country. Four of her plays have been recognized by the Kilroys List. She was the winner of City Theatre’s National Short Playwriting Award, and has been a nominee or a finalist for the Heideman Award, the L. Arnold Weissberger Award, the Susan Smith Blackburn Prize, the Kesselring Prize, and the Steinberg Award. Her plays are published by Broadway Play Publishing, Playscripts, Dramatists Play Service, and Smith Kraus. She is the associate artistic director with Project Y Theatre Company, and she teaches playwriting at Primary Stages/ESPA and in the M.A. program in creative writing at Fairleigh Dickinson University. She earned her B.A. from Princeton and her M.F.A. in playwriting from Rutgers/MGSA.

SuzAnne Barabas (Director/Artistic Producer), has been the Artistic Director of NJ Rep for
the past 23 years. SuzAnne is a member of the Actors Equity Association, the Dramatist Guild, and the Society of Directors & Choreographers. 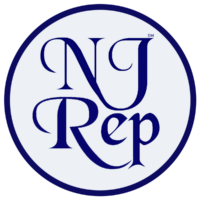