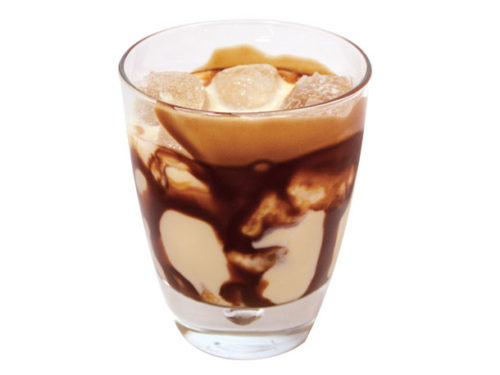 By Barbara Hay ~
Americans eat an average of six pounds of peanuts per person, per year, according to the US Food and Drug Administration (FDA). Most of our peanuts come from Alabama, Florida, Georgia, Texas, and South Carolina. Almost half of the U.S. peanut crop is used to make peanut butter. Even the shells are useful; they can be found in such products as kitty litter, wallboard, and artificial fireplace logs. Because they are such an American staple, the idea of honoring the lowly peanut began as a special week in 1941 and has been a month-long observance since 1974.
May we suggest celebrating Peanut Month with a peanutty cocktail?
Castries Peanut Rum Crème Liqueur is a rum-based liqueur (named after the port city capital of the island of St. Lucia) where the main ingredient is roasted peanuts. 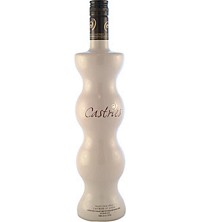 St. Lucia is located in the eastern Caribbean south of Martinique and northwest of Barbados — smack in the middle of the rum belt in the tropics with unspoiled beaches, soaring mountains, dense rainforests, and turquoise-blue waters.
Since the 1920s, Castries Peanut Rum Crème has been produced by St. Lucia Distillers. This luscious liquid pours from the bottle in a beautiful creamy nut-brown hue. The peanut aromas are unmistakable and amazingly complex; roasted peanuts, peanut brittle, a Reeese’s Peanut Butter Cup, notes of vanilla, cinnamon, caramelized brown sugar and freshly grated nutmeg.
At mid-palate, there is the full-bodied expression of sweet dairy cream followed by a simultaneous fade-out of the peanut and fade-in of fine aged rum on the finish. The overall sensation is of richness, smoothness and exquisite balance.
Here are two nostalgic cocktail suggestions to celebrate National Peanut Month: the first being the Castries Peanut Butter Cup, which just so happens to taste amazingly like a Reese’s Peanut Butter Cup and the Fluffy Nutty Martini which  is a peanut and marshmallow combination that reminds one of the icky, sticky joy of that childhood favorite, the Fuffernutter® sandwich only not as messy and with a little higher octane.
Castries Peanut Butter Cup
Ingredients:
2 oz. Castries Crème
1 oz. Godiva Chocolate Liqueur
1 oz. Three Olives Vanilla vodka
Hershey’s Chocolate Syrup
Preparation: Drizzle Hershey’s chocolate syrup in a cocktail glass. Combine the above ingredients in a shaker with ice and shake vigorously to both chill and mix thoroughly. Strain gently into the glass.
Fluffy Nutty Martini
Ingredients:
2 oz. Castries Peanut Rum Crème Liqueur®
2 oz. Smirnoff Fluffed Marshmallow Vodka®
1/2 cup crushed peanuts
1/3 cup melted marshmallow crème
1 cup ice
Preparation: Place crushed peanuts in a small plate. Place the marshmallow crème on a small plate  and melt in microwave.
Dip glass rim first in melted fluff, then in the crushed peanuts. Chill in the freezer.
Pour the Castries Peanut Rum Crème and the  Smirnoff Fluffed Marshmallow Vodka into a cocktail shaker with the cup of ice and shake until chilled pour into you cold glass and serve.
Garnish with mini marshmallows and crushed peppermint for a seasonal twist.
Castries Peanut Rum Crème can be found in many local liquor stores.