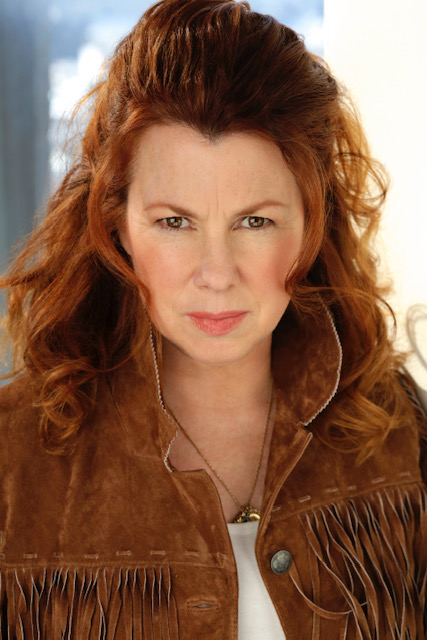 “This year’s gala marks a pivotal point in Lunch Break’s history, as we celebrate the success of our Capital Campaign expansion and recent merger of Family Promise of Monmouth County,” says Executive Director Gwendolyn Love. “We are thrilled to have noted film producer and actress Siobhan Fallon Hogan as our host and are excited to be among the first events to premiere at the new Park Loft on the grounds of historic Fort Monmouth. I couldn’t be more proud of our honorees, who exemplify Lunch Break’s mission in their lives and work every day.”

The evening, which takes place from 6:30-11 p.m., will feature fine cuisine, dancing, entertainment, raffles and an auction of premium items. Tickets are $400 per person; seating is limited. Sponsorship, ads and underwriting opportunities also are available. Proceeds will benefit Lunch Break’s mission of providing food security and social services, clothing, fellowship, life skills and housing assistance to our food- and financially-insecure community members in Monmouth County and beyond. Tickets and sponsorships are available online: https://lunchbreak.org/renew-the-promise-of-hope-gala/

For more than 10 years, Jeremy has been actively engaged throughout the community as President of the Grunin Foundation, a proactive grantmaker focused on economic growth at the central Jersey Shore, and he has served in several volunteer leadership roles with nonprofit and advocacy groups, including Lunch Break.

With Jeremy’s leadership, the Grunin Foundation supports organizations that implement projects in the arts, education and healthcare, initiatives that must drive economic excellence, have a measurable impact, and align with one or more of their equity commitments. Over the years, the foundation has supported Executive Director Gwendolyn Love and the Lunch Break resource center through operational and capital assistance, which has benefited individuals, the community, and the economy as a whole. Jeremy also is a partner of Grunin Holdings, LLC., a New Jersey Partnership specializing in investing in third-party commercial ventures. He has served as a volunteer advisor with such nonprofit organizations as the Count Basie Center for the Arts, the New Jersey Center for Nonprofits, the New Jersey State Council on the Arts, Community Medical Center, and Monmouth University, to name a few.

Stalwart volunteers Thomas and Bonnie Johnson began their more than decade-long affiliation with Lunch Break when Bonnie joined the Board of Trustees in 2011. Executive Director Gwendolyn Love soon asked her to chair the first-ever capital fundraising campaign, and Bonnie agreed on the condition that Tom becomes the Budgeting and Expense monitor. They have since applied their wisdom and experience in the current capital campaign. The longtime Red Bank residents love the challenge of raising funds to continuously improve the services Lunch Break offers to the community, and they delight in working with such talented committee members.

Deeply devoted to advancing healthier, stronger households and human dignity, the Johnsons have been tireless volunteers. Bonnie started her social justice journey in the early 1990s, when she served on the Board of 180 Turning Lives Around, and has been a member of the Board of the Community YMCA and The Center in Asbury Park. She is a current member of the Foundation Board for the Visiting Nurse Association and is a weekly volunteer at InterFaith Neighbors in Asbury Park. Bonnie participates proudly on the Lunch Break Advisory Board, and volunteers weekly in the Donation Room. Tom, who has delivered meals to our seniors, tutors young students through the Lunch Break Life Skills Program and volunteers weekly at The Center in Asbury Park.

Jamie’s mission has been to help improve people’s health and happiness, and the fast-growing Eat Clean Bro meal-prep delivery company is his brainchild. He set out to change peoples’ lives by giving them nutritious eating options and a chance to improve their health, as well as combat obesity. He kickstarted his company about a decade ago, dropping his last $300 on groceries that he converted into more than 80 customer meals, and since then, the company has delivered fresh, never frozen, meals to customers in New Jersey, New York, Pennsylvania and beyond. Today Eat Clean Bro is one of the most successful,  privately owned, meal-prep companies in the country, and Jamie’s success story has been featured in media outlets such as Forbes, Men’s Journal, Men’s Health, Fox News, NJ News12 and The Asbury Park Press.

Each month, Eat Clean Bro donates thousands of meals to local food banks — Lunch Break being among the regular recipients — and Jamie often can be seen behind the grill, cooking for friends and serving meals at company-sponsored events. His passion is to help people achieve their goals, whether in personal health or in business development, and he strives to create opportunities for other entrepreneurs to live the American Dream.

Paul Sansone Jr. has been the driving force in major New Jersey auto dealerships for nearly four decades. To give back to the community that has supported his businesses, Paul created the “Hope For A Ride” program. Sansone Jr’s 66 Automall partners with local non-profit organizations, such as Lunch Break, to donate vehicles to local families and individuals in need of reliable transportation. Whether to get to work, to drive a family member to ongoing medical treatment, or to get to school to earn a degree, these donations can be life-changing. Since the program’s inception, Sansone Jr.s has donated nearly 50 cars.

In a recent “pay-it-forward” moment, one “Hope For A Ride” recipient, who became able to afford a new vehicle for herself, donated her “Hope” car to another person in need. Paul’s dealerships also participate in the “Basket Brigade,” which contributes hundreds of meals to families in need during the holiday season. The Monmouth Beach resident and his wife, Christine, married 30 years, have three adult children, two of whom work with him at the dealership, while Christine serves as the spokesperson in all the dealership’s radio and television commercials.

Siobhan Fallon Hogan has had roles in such blockbuster films as “Men in Black,” “Forrest Gump” and “Charlotte’s Web.” She is the writer, producer and star of the soon-to-be-released “Shelter in Solitude,” and she wrote, produced and starred in her first feature film, “Rushed,” released in August 2021.

Among her film acting credits are three Lars Von Trier features, including the Palme D’Or winner “Dancer in the Dark,” as well as “Dogville” and “The House That Jack Built.” Her TV credits include “Saturday Night Live,” “Seinfeld,” “Billions,” “Wayward Pines,” “30 Rock,” “Law & Order,” and many more.

She will be seen next in a supporting role in “Eileen,” starring Anne Hathaway and Thomasin McKenzie, and directed by William Oldroyd. Siobhan Fallon Hogan and her husband, actor and producer Peter Hogan, established Emerald Caz Productions in 2019.

Married to former Lunch Break Board member Peter for 29 years, she has three children: Bernadette, 27, a reporter and Albany bureau chief for the New York Post; Peter, 23, an actor and music producer; and Sinead, an actress, and senior at Virginia Tech. Both Siobhan and Peter are longtime supporters of Lunch Break’s mission.

For further information on sponsorships and tickets, contact Development Manager Jill Gwydir-Govel at (732) 747-8577, Ext. 3107, or jgwydir@lunchbreak.org.

Lunch Break is a registered 501© 3 nonprofit. The resource center freely provides food, clothing, social services, fellowship and life skills to those struggling with financial insecurity as a path to well-being and self-sufficiency.