Is This Wine Still OK To Drink? 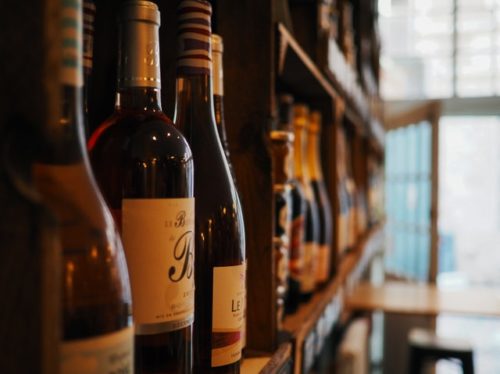 By Barbara Hay ~
`
Last time I wrote about how long will a bottle keep on a shelf unopened. Today, we discuss how long a bottle of wine will last once opened.

I, personally, am fussy about how long a bottle can remain opened in my house before being relegated to cooking-only wine. For me that’s usually 24 hours, it may sound extreme but I can taste the difference and it’s a rare wine that improves after being subjected to air for more than 24 hours. Those wines do exist and are truly extraordinary (and expensive.)

For example, I once ordered a glass of moderately priced Pinot Noir at a chain restaurant. Upon my first sip, I knew instantly knew two things:  this restaurant sells very little Pinot Noir and the bottle had been opened for at least three days if not more. I called the server over and asked to find out when the bottle had been opened. She asked why, I said it tasted like it had been opened three days ago and I was curious.  The general manager came over, thinking something was wrong, I explained I was curious as to when the bottle was opened. He confirmed my suspicions that the bottle had been opened two days prior and this was day three. He further explained corporate policy was that each opened bottle could remain at the bar for 14 shifts! That meant sitting open at the bar for seven full days! He graciously opened a new bottle for me and the taste was significantly different and more in line with how it should taste! 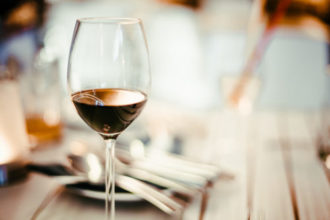 So how do you store that opened bottle or leftover party wine? I know, most of my friends rarely, if ever have leftover wine. But it’s still a good idea to know the general guidelines for serving and keeping the wine once it’s un-corked, should the issue ever arise. The primary rule is do NOT ever leave an opened wine out on the kitchen counter, that’s the kiss of death for a bottle of wine with all of the temperature change that happens in the kitchen. Store it in the refrigerator—it will keep longer.

The general rule of thumb that applies to almost all wines is that it will last three to seven days. That’s because it is typically how long the flavor lasts after opening—before oxidation and it begins to taste thin “sour” or “vinegary”.

Sparkling wines,on the other hand, tend to go flat after two to three days (even with a champagne stopper), so don’t drag out your celebrations for too long.

Fortified wines such as sherry, port, madeira, ice wines and a few others that have higher alcohol content, can last opened on the shelf for a month or more—longer if kept refrigerated.

What about boxed wines? Boxed wines last longer once opened because they are in aseptic packaging that seals out air and prevents further oxidation or fermention of the wine. Boxes contain a bag (called a bladder) within a box so the liquid is dispensed and then re-sealed automatically after each use. Although wine boxes generally hold cheaper product, they usually last for at least a month if left out on the counter and can last up to three months stored in the refrigerator.

Remember, these are just general guidelines for wine. It’s really a matter of individual taste on how you like your wine and if you can deal with the changes that oxidation has on your bottle.

As always if you have any wine questions, I’m always happy to talk wine!