How to Write a Book 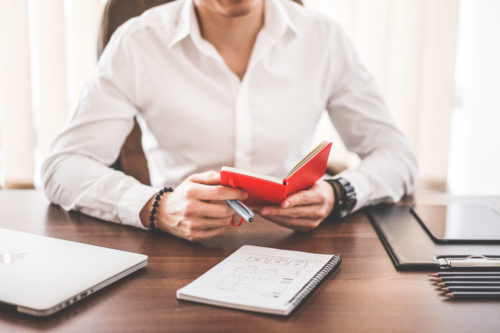 I sunk further into my living room couch, the lights all turned off, my computer screen glowing back at me at 3:00 in the morning.  I just got off the phone with my girlfriend (now wife) after she soothed every frantic worry of mine. Do I have the right title? Does it flow?  Did I catch every spelling mistake? Are my jokes funny? Is anyone even going to read this? What if readers think my stories are boring or find my opinions offensive?  Did someone already write a book like this? Is the cover bland?

These are just a few of the hundreds of doubts I harbored while writing “Millennial Millionaire- A Guide to Become a Millionaire by 30”.  Since its release two years ago, I’ve been asked about countless financial tips and theories, but surprisingly one of the most common questions is simply, how did you write a book?  Speaking with readers from all walks of life has revealed a common theme of wanting to share a voice, particularly through a deep-seated dream of becoming an author.

At 26 years-old, I was not unlike most of these folks I met.  I loved to write, I found my life thus far quite interesting, and I thought I held a unique knowledge of a subject that others should know.  So, like 90% of would-be authors… I thought. However, after months of thinking, I took the step only 10% of people do, I started writing.

I downloaded the Dragon Dictation app on my iPad.  Over the next five months, anytime a clever idea, memorable quote, or impactful client interaction entered my brain, I immediately spoke it into my Dragon library.  As a voracious reader myself, I also had shelves full of autobiographies, war stories, financial education, business triumphs, and more. What was once a weird habit of highlighting impactful stories or quotes over the past several years, now became a feeder system for content that supported my narrative.  I added these highlights to my Dragon and soon had a plethora of material.

On and off for the next six months, I vetted ideas that fit my millennial’s financial/business guide concept and organized these bullet points into common themes, which would eventually become chapters.   What began as a mission statement became a smorgasbord of thoughts, which became 16 consolidated pages of content.

Thinking about writing a 134-page novel while looking at 16 pages of random quotes, stories, and theories on an iPad was an intimidating moment.  How does a rough outline become a book? However, as I read each bullet point, I realized I could argue all day about any one of these notions. So, I did just that, I started writing each Dragon page onto Microsoft Word and typed arguments and stories.  After about one year of typing, usually between 10PM-Midnight, I accumulated over 150 pages of words. This was an exciting process of watching myself gush out onto paper, learning more and more about who I was with each punch of the keyboard. I knew my voice could not be hidden, but each page was started with the motive of what will the reader get out of this?

Arranging and shortening these 16 chapters was no small feat.  I knew I could start the book with an eye-opening biographical story, introducing myself and my hypothesis to the reader.  From there I made the decision to organize the chapters in a chronological journey from college into the various stages of financial planning.  Being an avid fan of quotes, I followed the popular strategy of starting each chapter with an evocative quote. After countless read-throughs by myself, my girlfriend, and my assistant, we had a book.

Only one thing was missing, a title.  The millennial angle was a no-brainer, and in looking for a catchy tongue twister I googled, “Millennial Millionaire”.  Frankly, I was shocked that the title did not yet exist (since my publication, there are now at least 10 other books with the same or almost same title).  I scooped this up and under the guidance of a PR advisor, I defined my target market via the subtitle, “A Guide to Become a Millionaire by 30”.

Despite all the controversy and debate over why I have the most boring and blank cover of all time (hence the nickname, “White Book”) … it’s meant to look like an iPhone, it’s a white book versus a financial white paper, it stands out, etc.  I actually picked all white after reading, “The Devil in The White City”, and learning about the Chicago World Fair’s whitewash buildings resulting from last-minute architectural disagreements, but eventually being considered a masterpiece of art and purity.

“Millennial Millionaire” was a passion project for me and a challenge unlike anything I’ve undertaken before.  I hope that the would-be authors I speak with leave the 90% and start writing. As Yoda once said, “Do or do not, there is no try”.