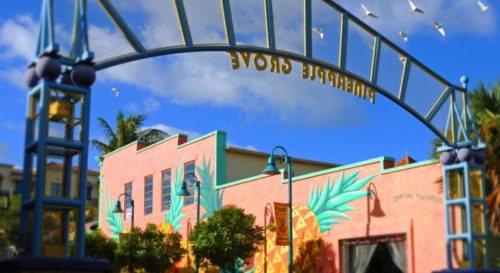 Is it cold enough for you?  New Jerseyans are accustomed to the frigid temperatures of a northeast winter but sometimes you just need a break, right?  Florida is chock full of NJ snowbirds that spend weeks and sometimes months down south. And one of the more enchanting and enjoyable locations to await the first signs of spring is Delray Beach.

This delightful “Village by the Sea” is right off I – 95 between Boca Raton and West Palm Beach, an hour north of Miami and only 20 – 30 minutes from either the West Palm or Fort Lauderdale airports.

Named the “most fun small town” by USA Today Travel in 2012, Delray is anchored by a diverse, historic and vibrant downtown with big city sophistication featuring a trendy arts community, numerous outdoor festivals and events plus myriad offerings of upscale shops, eclectic dining and rocking nighttime entertainment.  One of the only downtowns in the US with a beach attached, Delray boasts two miles of public beachfront, perfect for runners, walkers and bicyclists, serious and casual. Atlantic Avenue, the longest main street in Florida, is intersected by the Intracoastal Waterway, where you can experience public or private cruises on calm waters while enjoying your favorite beverage or snack on a two-hour narrated tour past some of the area’s most beautiful mansions and learning a little about the area’s history.

Old School Square, on the corner of Atlantic and Swinton Avenues and the former site of the 1913 Delray Elementary School and 1925 High School, was saved from demolition and restored for use as a museum and theatre.  These days, the entire site serves as a gathering place for the community with events all year-long such as plays, dance, lectures, free Friday night concerts, a green market and almost weekly festivals. 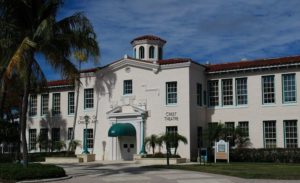 Delray is mostly known for its extensive offering of eclectic restaurants.  To celebrate its culinary contributions, Delray holds its Savor the Avenue event, held this year on March 25th.  One of the hallmarks of South Florida’s high season, Savor the Avenue will showcase 16 restaurants with 1,100 guests seated at a 5 block, 1,325 foot long dining table on Atlantic Avenue. 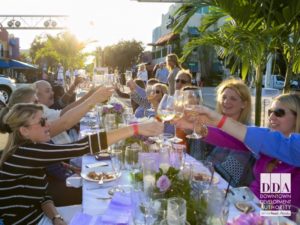 The Pineapple Grove Art District boasts more than 20 galleries and public art pieces downtown and in the District, home to Artists Alley, where you’ll find artists working in their studios.  Gallery Walks draw visitors on Friday nights from October to April. 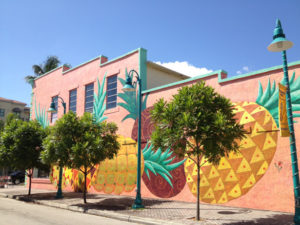 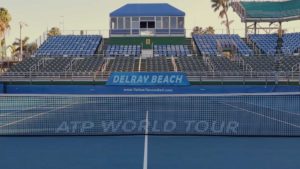 This year, the Greater Delray Beach Chamber of Commerce will celebrate its 57th year of the Delray Affair, the largest arts & craft festival in the Southeast United States. Taking place along the palm tree-lined downtown streets, the Delray Affair stretches 12 city blocks from the Intracoastal to NW 2nd Avenue and is a mixture of fine art, great crafts and funky products from around the world. 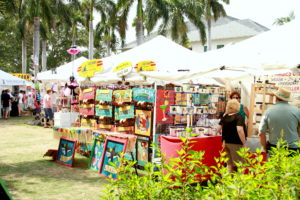 Family- and pet-friendly, Delray Beach has something for everyone.  So the next time you’re putting on ANOTHER layer and wondering how much more below-freezing weather you can endure, try googling “Village by the Sea” and see if Delray Beach just might be your cure for the New Jersey winter blues!