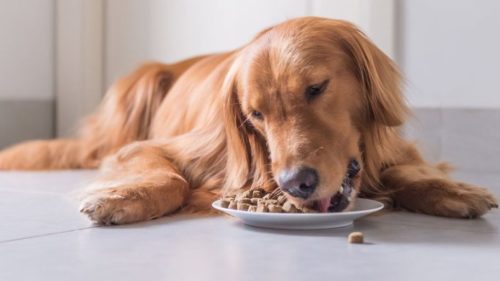 Golden retriever owners have reported the highest number of cases.

The U.S. Food and Drug Administration published a report Thursday stating they’ve identified a potential link between a particular type of canine heart disease and 16 different brands of dog food. This is the third update the FDA has released on the topic after the agency opened its investigation nearly a year ago, in July 2018.

The heart disease, called canine dilated cardiomyopathy (DCM), can cause congestive heart failure in dogs. It is believed to also have a genetic component and more often affects larger dog breeds. Many of the 16 identified brands in the FDA’s report have “grain-free” labels, and as such, contain a large amount of peas, lentils, pulses, and/or potatoes (in various forms) as main ingredients (meaning they’re “listed within the first 10 ingredients in the ingredient list, before vitamins and minerals”).

A disproportionate number of cases reported in the FDA’s study were from owners of golden retrievers, and the FDA is looking into the reason. They suspect it has to do with “breed-specific social media groups and activities that have raised awareness of the issue in these communities and urged owners and vets to submit reports to FDA,” according to the report. That said, research has shown that golden retrievers may be genetically predisposed to a condition called taurine deficiency, which can cause dilated cardiomyopathy.

Based on the newfound diet and disease connection, the report states, “The FDA is using a range of science-based investigative tools as it strives to learn more about this emergence of DCM and its potential link to certain diets or ingredients.”

It should be noted that, as part of its investigation, the FDA went back to reports of DCM from 2014, and found 560 cases (119 of those dogs have died). “The American Veterinary Medical Association estimates that there are 77 million pet dogs in the United States. Most dogs in the U.S. have been eating pet food without apparently developing DCM,” the FDA wrote in its report. But because of the increasing trend, they’re continuing to look into the matter.

If your dog is experiencing any DCM symptoms, the FDA suggests you contact your veterinarian immediately. And if you have any relevant information about the investigation, you can visit the agency’s page, How to Report a Pet Food Complaint.

The Benefits Of Dogs In The Workplace

Fitness Resolutions Are For Pets Too!