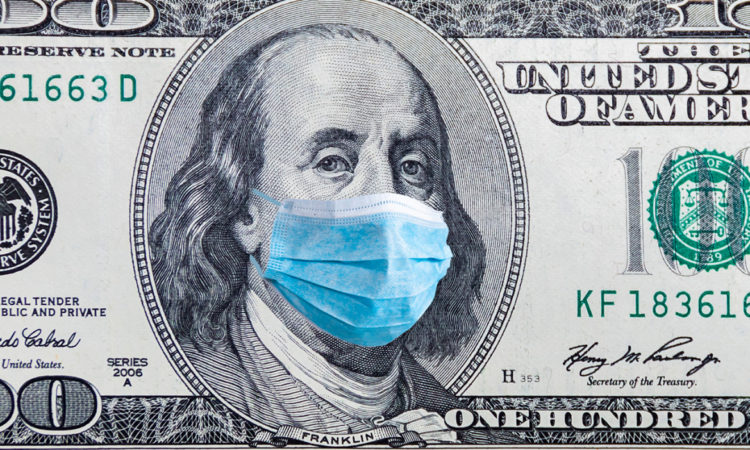 This is a HUGE concern for so many people. This information was gathered by Kaiser Health News ~

As the novel coronavirus continues to march across the country, for many workers getting sick is only part of what worries them. What about getting paid if they are ill or have to be quarantined?

Congressional Democrats are pushing for legislation that would provide paid leave for those who are not being compensated while out of work because of sickness, quarantine or family needs resulting from the coronavirus outbreak. Republicans and members of the administration have said they also are open to negotiations on a proposal. A vote in the House on legislation was expected as soon as Thursday, leaving little time for Congress to reach an accord before members leave for a two-week break at the end of this week.

Currently, 10 states and the District of Columbia have laws that require some paid sick leave, according to the National Partnership for Women & Families. In addition, nearly two dozen cities and counties have paid sick leave laws.

If you’re wondering what financial protection you have, here are answers to some common questions.

What if I’m quarantined for 14 days but I don’t have any symptoms of illness, or my office is closed because of the virus? Will I still get paid?

People aren’t automatically entitled to any benefits if they’ve been quarantined, said Carol Harnett, a health and disability consultant in the Raleigh-Durham area of North Carolina. Your paid leave will depend on what benefits your company offers as well as any benefits mandated by the state or local jurisdiction.

What benefits you’re entitled to will also likely depend on whether you’ve been quarantined because you’re actually sick with COVID-19 — the illness caused by the new coronavirus ― or if you’re sidelined as a precautionary measure because you’ve been exposed to someone who is sick.

Whether or not you’re ill, most employers would consider being quarantined something for which workers can take paid sick leave, said Rich Fuerstenberg, a senior partner at benefits consultancy Mercer. Your company may, however, offer other paid benefits that can cover your absence, such as emergency leave, vacation or a paid-time-off benefit.

Unless you have symptoms and have tested positive for the coronavirus, you generally won’t be eligible for short-term disability coverage, which typically kicks in for employees out of work because of a non-work-related illness or injury after a one- or two-week waiting period.

There are some exceptions. California, for example, is allowing people who have the coronavirus or have been exposed to it to be covered under that state’s disability insurance program.

If you’re quarantined and you can work remotely, however, you can still get paid your regular wages. A number of companies have been encouraging their employees to do just that, including Amazon, Facebook, Google and Microsoft, in California and Seattle.

If your workplace is closed because of the virus, or you can’t get to work because the subway is shut down, for example, some employers say they would continue to pay workers. Nearly half of the 52 employers that responded to a Mercer question on the company’s website said they would pay at least some of their employees who were unable to work because of circumstances beyond their control.

What if my kids’ schools are closed because of the virus and I can’t get child care, or I have to stay home to help my aging parents? Will my employer still pay me?

Of the states that have paid sick day laws, half a dozen require some employers to compensate workers for at least some time during public health emergencies, including coverage if a child’s school is closed, said Jessica Mason, a senior policy analyst at the National Partnership for Women and Families. They are Arizona, New Jersey, Oregon, Rhode Island, Vermont and Washington. Some cities and municipalities also require it, she said.

If your children or your parents are sick, the federal Family and Medical Leave Act requires firms with 50 or more employees to provide eligible workers up to 12 weeks off to take care of themselves or family members with serious health conditions. But that leave is unpaid.

Meanwhile, eight states and the District of Columbia have family and medical leave insurance laws that are similar to the federal law but require employers to pay workers to some degree if they take time off for this reason, according to the National Partnership.

“The coronavirus really exposes the gaps that we have in the public health system, including a real lack of workplace policies to cover these types of contingencies,” Mason said.

What if I’m exposed to the virus on the job?

If people get a job-related illness or injury, workers’ compensation insurance may pay for their medical care and rehabilitation and cover their lost wages.

But people generally have had a hard time proving that they got a virus on the job, said Harnett. What’s to say transmission didn’t occur at the grocery store or the airport coming home from a business trip?

Harnett said that in some cases health care workers have been approved for workers’ comp after getting influenza on the job. So it’s possible that nursing home or hospital workers, who’ve been on the front lines treating people diagnosed with COVID-19, could likewise make a credible argument that they were infected at work.

Workers whose employers don’t offer health insurance or who have plans with high deductibles could be better off if their illness is determined to be job-related. Workers’ compensation insurance pays 100% of medical costs.

One potential sticking point: Some states have rules prohibiting anyone from getting workers’ compensation for a viral infection, said Fuerstenberg.

My employer doesn’t offer sick leave or any paid leave. I don’t feel like I can take time off even if I feel sick. What are my options?

You’re in a very tough spot. Absent state or municipal requirements that require paid leave or new legislation at the federal level, your employer isn’t required to pay you if you don’t do the job you’re hired for.

That can be devastating, especially for people in lower-wage jobs, said Terri Rhodes, CEO of the Disability Management Employer Coalition. “They may not be able to make the rent or put groceries on the table.”

Some companies have announced changes to their paid-leave policies in recent days.

Darden Restaurants, the company that owns Olive Garden and Longhorn Steakhouse, announced Tuesday that this week it began providing paid sick leave to about 180,000 hourly workers. Hourly workers will accrue one hour of sick time for every 30 hours worked.

Trader Joe’s is encouraging workers to stay home if they feel ill, according to news reports, and promising to pay them for lost time.

Such changes could be crucial to managing the spread of the virus.

“Retail and restaurant workers are going to be one of our biggest transmission points because they are going to go to work, especially if they don’t have symptoms,” Harnett said. “And they’re going to handle food and be face-to-face with people.”

Some employers that don’t provide paid time off nevertheless have short-term disability policies that could provide some income protection if you’re sick, said Harnett. But those policies typically have a waiting period of one or two weeks before benefits kick in, and two weeks without pay can be a devastating financial blow to lower-wage workers, who are often the employees without paid leave.

In addition, short-term disability policies may be offered only to salaried workers or managers.