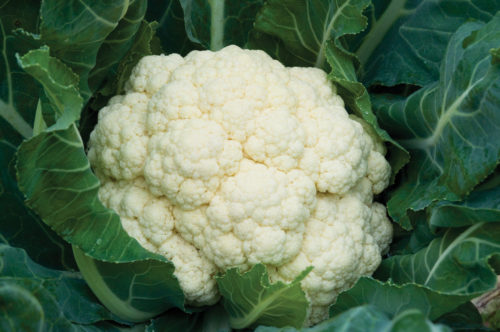 Cauliflower has been the trendiest vegetable of the year, reports Fast Company. Nielsen data found the ingredient across 36 different grocery categories in everything from dried pasta to frozen foods, and sales for packaged cauliflower products grew 71 percent in 2017. The vegetable is part of the plant-based food industry which is growing rapidly at 20 percent, but it has been excelling far beyond other items. It’s versatile texture gives it the ability to take on numerous flavors and has become a staple in the Keto diet.

There have been many new food startups that are centered solely around cauliflower, including Caulipower, which substitutes the vegetable for a flour crust. The company is now the fastest-growing pizza brand, available at roughly 15,000 grocery stores, including Kroger, Walmart, and Safeway, recently surpassing sales of 10 million pizzas. It competes against similar pizza-centric brands such as Cali’flour Foods and Outer Aisle Gourmet. Additionally, most big brands have rolled out a version of “cauliflower rice,” which is shredded cauliflower made to resemble the grain. Last year, “cauliflower rice” jumped 60 percent in U.S. search queries, according to Google Trends.